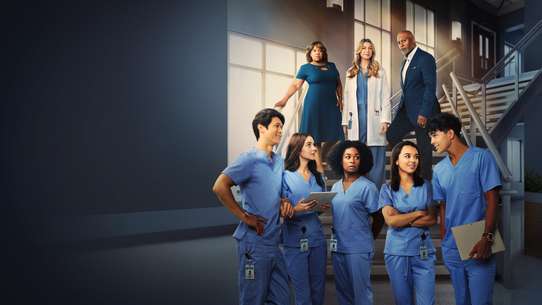 The WORST episodes of Grey's Anatomy

A drama centered on the personal and professional lives of five surgical interns and their supervisors.

After a heart-wrenching loss, Teddy struggles to cope and it triggers memories of her past; Amelia tries to help the situation by encouraging Owen to accept and forgive Teddy.

Bailey and Ben face a huge, life-altering decision, while Meredith, Jo and Bailey reflect on their past.

#3 - The Room Where It Happens

A difficult surgery brings back pivotal memories for Meredith, Richard, Owen and Stephanie, as they work together to save a life.

The evolution of April and Jackson's relationship is revealed through a series of flashbacks dating back to when they first met. Simultaneously, we follow the years-long progress of one of Jackson's patients.

Nick whisks Meredith away to his Minnesota cabin for a romantic weekend, leaving Winston and Maggie to care for Meredith’s children. Meanwhile, Amelia and Kai grow closer.

A cataclysmic event leaves the doctors shaken; Callie, on the verge of a life-changing moment, starts imagining about the hospital and her friends.

As Meredith puts Zola to bed and falls asleep, she begins to wonder -- what if her mother had never had Alzheimer's and she'd had loving, supportive parents? The reverberations of a happy Meredith Grey change the world of Seattle Grace as we know it. What if she had never met Derek in that bar and he had never separated from Addison? What if Callie and Owen had become a couple long before she met Arizona? And what if Bailey never evolved from the meek intern she once was?

#8 - Where the Wild Things Are

Time has passed but not much has changed. Sexual angst still runs rampant in the halls of Seattle Grace. Derek and Rose have been dating and Meredith has noticed the activities of her current off-again ex-boyfriend. The doctor's are in the midst of a competition.

A small plane crash in Seattle causes multiple casualties and brings back horrible memories for the doctors, especially Meredith and Arizona. Meanwhile, friction between Owen and Amelia makes for an uncomfortable working situation for Stephanie.

In a flashback to Iraq in 2007, the events leading up to Megan’s kidnapping are revealed. In present day, Owen and Megan hash out old wounds.

#12 - Sympathy for the Parents

When Alex's younger brother, Aaron, shows up at Seattle Grace-Mercy West with a hernia, it's up to Alex to get Bailey's approval for his pro bono surgery. Matters are further complicated when Aaron discloses that his family has not heard from Alex since he arrived in Seattle, and parts of Alex's past long kept secret are revealed to his friends and fellow doctors.

As Adele's condition continues to deteriorate, Richard considers altering their living situation; an explosion at a local coffee shop results in a busy day in the ER for the doctors; Callie takes Meredith under her wing by helping her study for her boards; Lexie joins Arizona and Alex in peds, as they continue to care for intern Morgan's premature son; and when Jackson snaps at a patient, Mark encourages him to find ways to relieve his stress. Meanwhile, Cristina lets her suspicions get the best of her.

As the city of Seattle revels at the Phoenix Fair celebrating the city’s rebirth post-COVID, the Grey Sloan doctors treat a patient who encounters illegal fireworks. Meanwhile, Bailey has her sights set on hiring new doctors, but she’s having trouble finding viable options. Owen and Teddy attempt to take the next step in their engagement, and Meredith has a surprising opportunity when she meets a dynamic doctor from her mother‘s past. The crossover starts on Station 19 S05E01 Phoenix from the Flame.

Jackson pays a visit to his father that helps set him on the right path.

Bailey teams with Seattle Grace's new pediatric surgeon, Dr. Arizona Robbins, to save the life of a young patient near and dear to her heart, as the admittance of a death row inmate at the hospital stirs anger in Derek and further erodes Meredith and Cristina's friendship; meanwhile, Callie and Sloan work as a team to fight their respective attractions to Sadie and Lexie, and Izzie tells Alex that she's seeing Denny.

Bailey preps the team with mandatory sensitivity training prior to admitting a 700-pound patient with compounded medical issues, and the case proves to be challenging in every sense of the word. Meanwhile Derek has to come face to face with a former patient's husband in a wrongful death deposition, and spending time with a heart patient's daughter opens up some old wounds for Cristina.

Derek's confidence is shaken like never before as he faces off with Addison over what course is best for their dying pregnant patient; Cristina calls the abilities of a renown surgeon into question after she botches a standard procedure; and Bailey, who has decided to pursue a fellowship in Pediatrics, is appalled by the Chief's less-than-stellar recommendation letter.

One of Meredith's oldest friends, Sadie, becomes an intern at Seattle Grace, but Mer's friends are less-than-welcoming to her.

Upon realizing that Owen and Amelia have been seeing each other behind her back, Meredith comes down hard on her sister-in-law causing Amelia to rethink things. Meanwhile, Catherine springs into action when a man is brought into the hospital after his wife seeks revenge on his cheating ways.

When the Chief makes an announcement that a solo surgery is up as an award, the residents are sent into a frenzy all trying to get an edge over one another. Meanwhile, Derek asks Bailey for advice after Cristina continues to interfere in his relationship with Meredith. Elsewhere, Erica uncovers a shocking connection between a resident and a patient.

As Derek begins his role as interim chief, he faces a potential lawsuit when Bailey and Meredith's patient awakens from anesthesia mid-surgery. Meanwhile, Teddy refuses to place Cristina on her service, as Arizona tests Alex out in Pediatrics, and Mark refuses to speak to a heartbroken Lexie.

After learning of Richard's drinking problem, Derek confronts him for the sake of his friend and the hospital, Izzie returns, hoping to reconcile with Alex, and tensions run high between Teddy, Cristina and Owen in the aftermath of Cristina's startling confession.

Cristina imagines the two routes her life can take based on one decision she makes. Meanwhile one of the hospital’s patients decides whether or not to live.

Schmitt must face the Morbidity and Mortality conference. Meanwhile, Meredith convinces Nick to scrub in on a surgery in Seattle, and Jo faces her feelings.