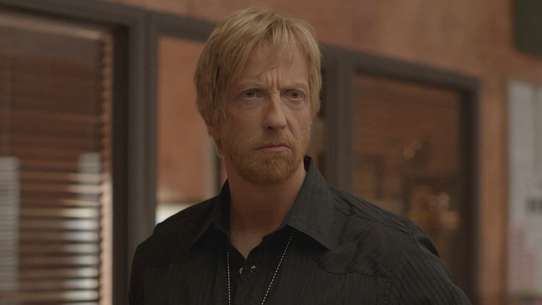 The BEST episodes of Eagleheart

Every episode of Eagleheart ever, ranked from best to worst by thousands of votes from fans of the show. The best episodes of Eagleheart!

Every episode of Eagleheart promises violence, suspense, intrigue and copious amounts of needless bloodshed as Marshal Chris Monsanto blindly kicks, punches and shoots his way to what may or may not be a legitimate solution to his case. On any given day, Monsanto may battle a pair of evil twin gubernatorial candidates, surgically alter his appearance to investigate a string of elderly kidnappings, track missing mountain lions to the center of the earth, or punch people so hard they explode. Aided by his sidekicks Brett (Brett Gelman, The Other Guys) and Susie (Maria Thayer, Forgetting Sarah Marshall), and under the watchful authority of Chief (Michael Gladis, Mad Men), Chris Monsanto's goal is always the same: to overcome the obstacle that was presented in the beginning of the episode.

The gang try to adapt to change.

The marshals go after a crime boss who killed a beloved hardware merchant; Doc Shades finds a new calling.

The marshals go undercover to catch an organ thief.

A series of new developments pose a threat.

A killer targets celebrities, so the team go to Tinselwood to stop him.

Chris discovers an ancient secret while looking for an old friend.

Chris has a shocking run-in with a villain.

A change in circumstances.

Brett is caught off guard by his beezor.

A local creep is murdered in the area and Marshal Chris Mansanto must assemble a competent team of marshals to investigate the case; along the way, damaging secrets are uncovered that threaten to tear the entire force apart.

Do you have what it takes to be a U.S. Marshal?

Chris must face his past in the Season 2 premiere.

Chris is visited by twins from his past.

The Marshals are called to the woods to quell tensions between loggers and some local activists. They uncover a lot more than you were expecting.

Chris becomes an art sensation with his signature blood splatters

Susie learns a lesson in love.

A blimp without laws. A devil in the clouds. And an angel of justice. Chris Monsanto learns of a loophole in the law: anything that happens in the sky is perfectly legal. Chris uses this loophole to his advantage and goes after the Baron and all skycrime.

Brett's need for respect forces him to make a shocking decision.