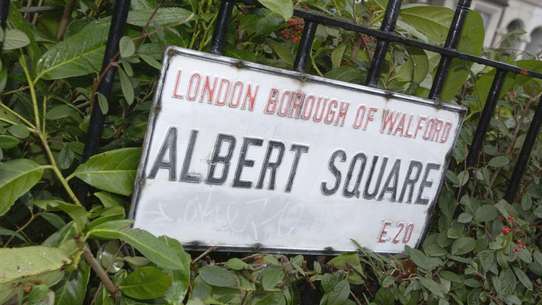 The BEST episodes of EastEnders

Every episode of EastEnders ever, ranked from best to worst by thousands of votes from fans of the show. The best episodes of EastEnders!

The everyday lives of working-class inhabitants of Albert Square, a traditional Victorian square of terrace houses surrounding a park in the East End of London's Walford borough.

Den gets an early call from David in Ilford. Angie thinks it was Jan but is even more irritated when she learns that Den is up to his eyebrows in some dodgy goods again.

Detective Sergeant Rich questions Mark about a German badge that he sold to Lofty, which belonged to Reg Cox.

Gray is desperate to prove himself, Sharon struggles to cope, and Keegan is left frustrated.

Jay is shocked when he witnesses Ben at his worst, and Kat puts her plan into action.

Dot confesses to Pauline about assisting Ethel's suicide. Frank plots to get Roy out of the way. Ian faces the wrath of the Slaters and loses. Charlie and Mark agree that Zoe can work on his stall to pay for the damage.

It is the week of EastEnders’ 30th anniversary and it is a week of revelations, secrets and surprises. Peggy Mitchell is back in Albert Square, but why has she returned? It is the night of Ian and Jane’s wedding, but with secrets set to be exposed, will everything go to plan? This episode contained some scenes broadcast live.

Ricky confides in Gus about his problems and makes a decision about his future. Mickey urges Tariq to tell the truth and help the Ferreiras, realising that he may be Ronny's last chance. Finding himself in the middle of a desperate situation, Mickey knows that he should act. Charlie tries to remain positive and the Slaters rally round.

Isaac demands the truth from Sheree, Bobby hatches a plan to impress Dotty, and Linda and Mick get a surprising offer.

Everyone anxiously awaits the outcome of Whitney’s bail hearing, Ben hatches a plan, and Ian makes a shocking proposition.

Lola is caught off guard, Rainie’s past comes back to haunt her, and Kheerat tries his best to charm Chantelle.

Gray’s day goes from bad to worse, Jean is on a mission to uncover the truth, and Jay makes a big decision about his future.

Following the dramatic events, a number of families are in turmoil. For some, things will never be the same again.

Stuart is touched by Linda's support. Tiffany is forced to question her actions. Hayley makes a decision, leaving Alfie touched.

Sean makes contact with Roxy and Stacey as the new year dawns, but what is he planning?

Arriving home, Alfie’s swept up in the Vic’s New Year celebrations. Fed up of hospital, Kat pulls out her drip, commandeers a taxi and heads home. Every time Alfie tries to get upstairs to see Tommy, something stops him. He finds Charlie slumped in a corner, drunk. After sorting out Fat Boy, Kim and the sound system, Alfie finally makes it upstairs. When Kat arrives home, she’s surprised by the quiet atmosphere in the bar. Excited, Kat bursts into the bedroom, but stops when she sees paramedics with a sombre Alfie, Charlie and Mo. Kat realises her baby’s dead. Ronnie returns to the flat holding a baby. Roxy arrives and finds Ronnie shaking and tearful. Roxy asks what’s wrong, Ronnie tells her it’s James. Roxy’s relieved to find a perfectly healthy baby in the cot and doesn’t realise it’s Tommy, not James. Ronnie’s about to tell Roxy what’s happened but Christian interrupts them, guilt ridden after kissing the piper. Roxy leaves, promising she’ll come back in the morning. Ronnie suddenly realises what she’s done, she has to give Tommy back now. On her way across the Square, Ronnie realises she’s too late when she sees an ambulance and Kat arriving home. Just then Jack gets out of a taxi – he’s finally home and is thrilled to see his wife and new son. Carol agrees Connor can stay, but when Bianca rings to say Whitney’s on the way home, she sends him away. Connor passes Whitney in the Square. She invites him home, but he claims he’s not feeling well. Whitney’s upset so Connor kisses her. Everyone’s drunk at the Vic. Kim flirts with Fat Boy, Jane falls into Masood’s lap and Jodie tells Darren he’s lovely when he nearly proposes. Ricky tries to find Whitney a new man.