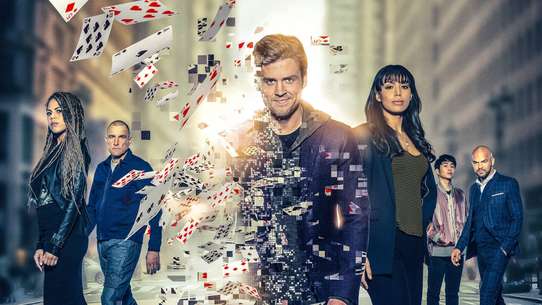 The BEST episodes of Deception (2018)

Magician Cameron Black's career may have been ruined by scandal, but he's found another place to put his skills of deception, influence and illusion to use: the FBI. As a consulting illusionist, Cameron uses every trick at his disposal — inventing new ones as necessary — to help the government catch the world's most elusive criminals and solve crimes that seem to defy all explanation. In doing so, he feeds his ego by staging the biggest illusions of his career.

The FBI works with the Deception group to help stop the Mystery Woman from successfully committing one of the largest jewel heists in history. And, for the first time this season, viewers will have their perspective reversed and see how Cameron Black performs his greatest deception yet.

The mystery woman approaches Jonathan and asks for his help after revealing that Cameron chose Kay over Jonathan. Meanwhile, Dina considers telling the FBI that she stole Mike's badge.

The Deception team gets an unexpected partner, while Gunter makes a discovery that will change the team's lives forever.

Cameron and Kay investigate a secret society where they learn that one of them has a close family connection.

The team is called on to help stop a spy from stealing top-secret military information. Cameron is frustrated when someone from Kay's past comes back into the picture.

As Cameron continues to focus on helping his brother, he and Kay get to work on a case that has unknowing tourists participating in a reality show – yet it’s anything but real, it’s deadly.

When his career is ruined by scandal, superstar magician Cameron Black has only one place to turn to practice his art of deception, influence and illusion – the FBI. Using every trick in the book and inventing new ones, he will help the government catch the world’s most elusive criminals while staging the biggest illusions of his career.

When a psychic is murdered, Kay and Cameron investigate only to learn she had a partner who’s now on the run. Enlisting her help, Cameron and the team take down an international arms dealer.

When a church's stained glass window is stolen while a famous street artist is painting a mural nearby, Cam and the team's investigation leads them to the criminal.

When an art museum docent is held hostage, Kay enlists Cameron and his team to help rescue her using the art of escapology.

When Cameron's ex-girlfriend is robbed during Fashion Week, he insists on helping Kay with the investigation. The team finds themselves in the middle of a high-speed, dangerous chase.