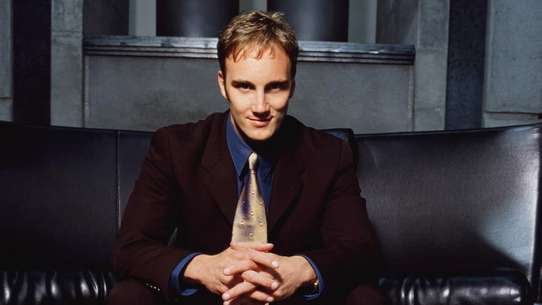 The BEST episodes of Action

Every episode of Action ever, ranked from best to worst by thousands of votes from fans of the show. The best episodes of Action!

Action was one of the first politically incorrects to hit the air in the late 90's. It was rude, prejudiced, sexist, homophobic, and one of the funniest shows of all time. Peter Dragon is a movie-producer whose latest movie has just gone down the tubes. His next flick has to be the greatest action film he's made. So when his company buys the wrong script from a wanna-be screenwriter, he enrages himself to the limit. He meets up with his new friend Wendy Ward, a child-star turned adult-prostitute. Peter asks her to read the scripts and she picks Beverly Hills Gun Club, the script Dragonfire Films mistakenly bought. The show is based around Peter's insanity being hung on a rope "faster than O.J. at a clan rally" as Peter put it. The show was doomed from the start when it was on at 9:00 on Thursday nights, which NBC has ruled since Seinfeld. And when it didn't pick up right away, the show was put on hiatus for their new hit game-show GREED. After the cancellation in Dece

Peter tries to clean up his image. Adam gets a new hotshot agent.

Peter hires Wendy as the vice president of production. When her pimp gets word of this he goes to see Peter to talk things over, so Peter hires him as the co-executive producer of ""Beverly Hills Gun Club"".

#3 - Last Ride of the Elephant Princess

Peter breaks his #1 rule and has to invest his own money, ($10,000,000), in Beverly Hills Gun Club. He also learns he does not own the movie because Adam sold it under a different name to the Rothstein Brothers. They will give the rights to Peter if Wendy comes to their house to ""Entertain"" them. She does, and tells Peter she is leaving for good, but wants her money if the movie is a hit. Adam's mistake causes him to leave the show also.

Peter has a reporter in his office to whom he spills all the juicy secrets from behind the scenes so that Beverly Hills Gun Club will be huge before it even gets close to release.

Peter has to get funding for ""Beverly Hills Gun Club"". His ex-wife tells him she's pregnant with his child but she won't tell him that Peter is his father. Adam has writer's block.

It's the first day of shooting on ""Beverly Hills Gun Club"" and there's a lot of problems. Peter freaks out, has a heart attack and dies in the ambulance.

Peter searches for a director for Beverly Hills Gun Club, (B.H.G.C.). It also happens to be bring your daughter to work day and Peter has Adam help her write a book report. Wendy locates the director Peter wants, Titus Scroad.

When his movie ""Slow Torture"" fails at the box office, everyone kisses his ass and tells him it was great, except for a prostitute named Wendy who got stuck in his car door and attended the premiere with him posing as a stuntwoman. His studio accidentally buys the wrong script and Peter can't stand the writer. He spends the week with Wendy, the prostitute, and tells her to read the scripts on his counter and tell him which ones are good. The only good one is called ""Beverly Hills Gun Club"" and it's the one that the studio wrongly bought. So now Peter has to pretend to like the writer.

Peter hires Cole Ricardi for the lead role in ""Beverly Hills Gun Club"" but then Cole confides in Peter by telling him he's gay. He wants to everyone but Peter tells him not to because it will ruin the film's intake. To try to stop him from telling his secret to anyone else Peter tells him he's also gay, which he isn't but he has sex with him to prove to him he is gay. then Bobby G. and Momo Shabong tell Peter to fire Cole because they want a younger actor. He fires him but then Cole goes on TV and tells everyone he's gay and Peter's his lover.

Peter goes in search of a new star for ""Beverly Hills Gun Club"" and ends up with an actor in rehab.

Peter recovers from his heart attack to find his production falling apart. Titus drowns and Holden is back on drugs.

There's a nasty rumor circulating about Peter and a frog. He leaves Wendy for Jane but she leaves him to get back with Bobby G.

Peter has to deal with Stuart interviewing for a new job, Reagan not wanting to show her breasts, and Holdens plethora of problems. Adam tells Peter that he has to pay him $100,000 for all the re-writes and instead makes Adam an Asscociate Producer.