The BEST BET shows of all time

We've compiled the average episode rating for every BET show to compile this list of best shows! 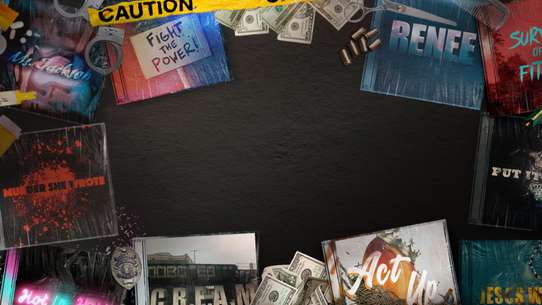 Hip-hop. Money. Fame. Deception. Murder. All collide in this scripted anthology series of “song stories” weaving classic and current hip-hop songs into captivating visual narratives from the lyrics of some of hip-hop’s greatest hits. Oakland police officer Rebecca "Rebel" Cole has always excelled by playing by the rules. She has always known that she must be better and smarter on the job because she is both black and female. After her brother is slain by police, Rebel soon becomes disillusioned with the system and become a private investigator and a champion for her community. Caught between family loyalty and the fraternity in blue, Rebel's actions set in motion a cause-and-effect crisis that can't be undone. A 3 night miniseries chronicling the ups and downs of legendary music group New Edition from their humble beginnings in Boston to individual solo success and everything in between. 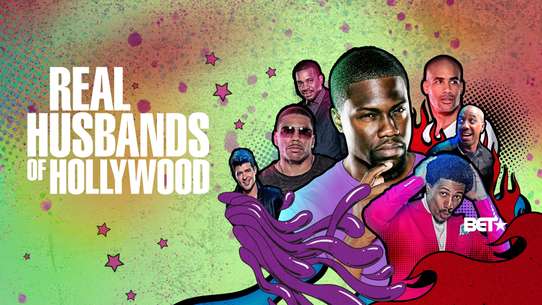 This semi-scripted series is the fakest reality show ever, following these men of Hollywood along their surreal lives. Enjoy the ride as these guys take on all things, from the husband’s point of view. There’s nothing that bonds a group of single black women together more than sidestepping the land mines of living, working and dating in Atlanta. In a sea of swipe-lefts, social media drama and unrealistic #relationshipgoals, these friends try to find their Mr. Right. 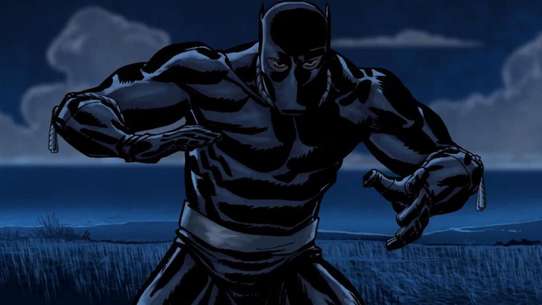 Deep in the heart of Africa lies Wakanda, an advanced and unconquerable civilization. A family of warrior-kings possessing superior speed, strength and agility has governed this mysterious nation as long as time itself. The latest in this famed line is young King T'Challa, the great hero known worldwide as the Black Panther (voiced by Djimon Hounsou, Blood Diamond and Gladiator). Now, outsiders once more assemble to invade and plunder Wakanda. Leading this brutal assault is Klaw, a deadly assassin with the blood of T?Challa?s murdered father on his hands, who brings with him a powerful army of super-powered mercenaries. Even with Wakanda's might and his own superhuman skills, can the Black Panther prevail against this deadly invading force? Marvel Animation and BET Networks team up to create this epic animated mini-series. Black Panther features classic Marvel characters like Captain America and the Juggernaut in a taut politically charged thriller. For over four decades, fans have eagerly awaited a series adaptation of the first black superhero! The series tells the riveting story of a woman named Ruth who kidnaps her young daughter to join her in the dark underworld of a fanatical religious cult. By day, the Duncan's are an upstanding family who run a thriving exotic car dealership in New York. By night, they live a dangerous secret life. When they come under siege the Duncan's will have to stick together or die separately. A seemingly perfect interracial first family becomes the White House’s newest residents. But behind closed doors they unleash a torrent of lies, cheating and corruption. 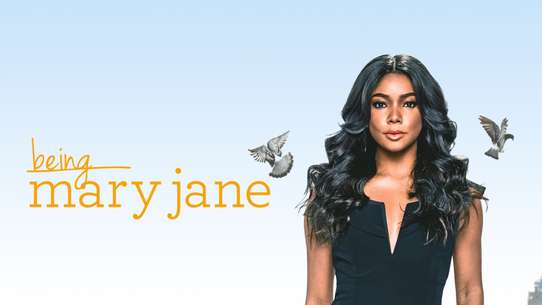 Mary Jane Paul is a one-woman-show: a successful TV news anchor, and an entirely self-sufficient powerhouse who remains devoted to a family that doesn't share her motivation. Intense drama and unforgettable moments unfold as Mary Jane juggles her life, her relationships, her work, and commitments to her family. Based on Patricia Williams’ stand-up comedy and memoir, the series is the story of a former convicted felon turned suburban mom and stand-up comedian, whose hustle and resilient spirit were forged on the streets of Atlanta. To much reserve, she now finds herself in conservative middle America alongside her penny-pinching husband, a struggle of a sister, and two distinct sets of kids, raised under very different circumstances. 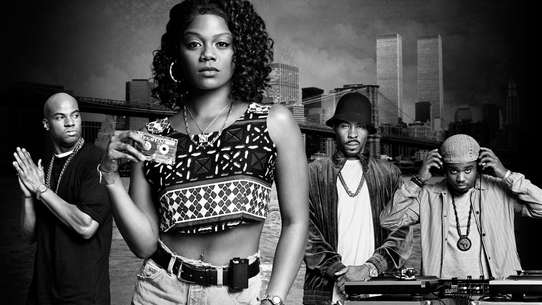 The 2016 film chronicled the story of three friends, hustling for a chance to leave their mark in the competitive hip-hop industry. The TV series will continue that same storyline and showcase the ups and downs of artists fighting for a chance to shine in New York City. 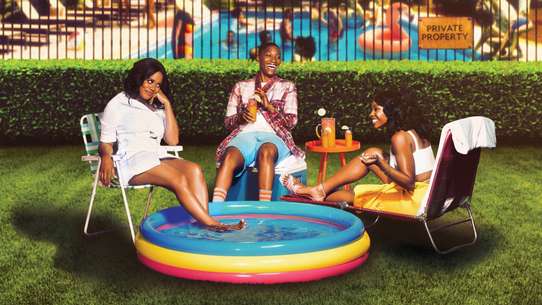 Three young friends attempt to navigate life, love, and their professional lives within the entertainment industry together. 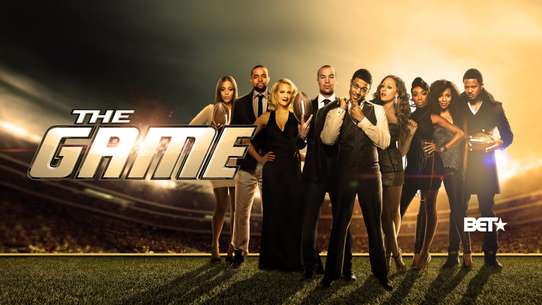 Three women, all dating professional football players, learn the rules of the game. 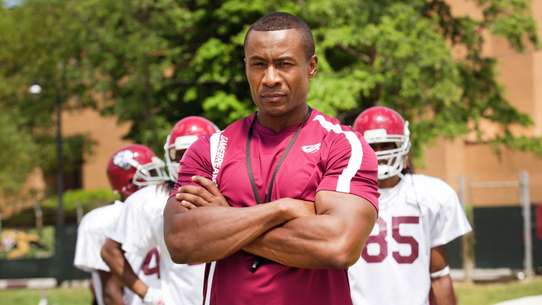 Dr. Eva Fletcher is the newly-elected President of the fictional Georgia A&M University. Upon arriving, Eva is charged with saving the prestigious HBCU from bankruptcy and her twenty-year marriage from crumbling while managing a tumultuous relationship with her rebellious only daughter. A diverse group of freshman also promises to keep Eva's hands full. 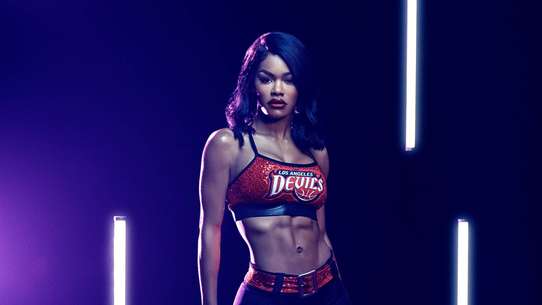 Exploring the alluring world of professional basketball and the dancers who make the fans (and players) go wild, "Hit the Floor" asks the question: How much are you willing to sacrifice to make all your dreams come true? The Los Angeles Devils are the #1 team in the league. When the arena lights go on, all of Hollywood comes out to support the million dollar players. But in this city these men share the fame, adrenalin, money, sex and power with their dancers, the Devil Girls. At the heart of the series is Ahsha, a sheltered young woman who joins the team against the wishes of her mother Sloane, who knows this treacherous, tempting world all too well having been a Devil Girl herself. Olivia is the shrewd squad manager, Jelena is the ruthless, star captain who won't let anyone else share the spotlight and Pete Davenport is the former All-Star who's come back to coach his old team. Gwen Sullivan, is an opinionated attorney whose passion for her job and clients make her arguably the most talented public defender in her New York City district. 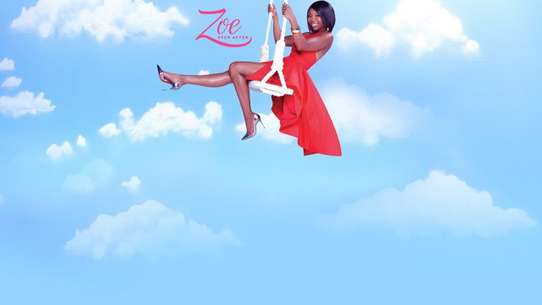 "ZOE EVER AFTER" is a multi-camera romantic comedy about Zoe Moon (Brandy Norwood), a newly single mom stepping out of the shadow of her famous boxer ex-husband Gemini Moon (Dorian Missick) while trying to balance dating, motherhood, a complicated relationship with her ex and finally fulfilling her career dream of starting a cosmetics line. Zoe is surrounded by a cast of colorful characters, including her smart and precocious eight-year-old son Xavier (Jaylon Gordon), her fashion-forward and fun assistant Valenté (Tory Devon Smith), her publicist and best friend Pearl (Haneefah Wood) and sexy contractor Miguel (Ignacio Serricchio). The story of entrepreneur Don Cornelius, who developed the Soul Train show, which rose to prominence in the 1970s. 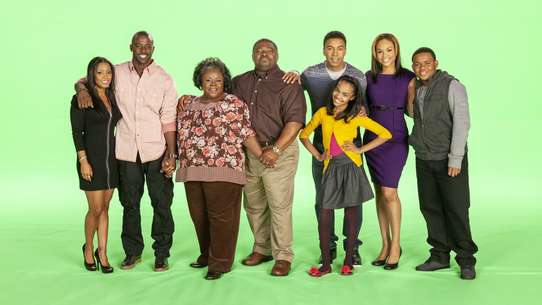 The show revolved around a multi-generational family living under one roof in Atlanta led by patriarch Curtis Payne and his wife Ella.