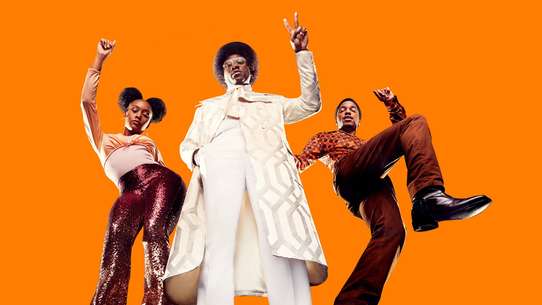 The BEST episodes of American Soul

The story of entrepreneur Don Cornelius, who developed the Soul Train show, which rose to prominence in the 1970s.

Simone, Kendall, and JT must reconcile their own lives before committing to the group.

#3 - Love Will Keep Us Together

While Soul Train has grown in popularity. Don deal with the stress of success. Meanwhile, Gerald is extorted by a former accomplice who now works for the Mob, Ruby.

Don risks everything to land an A-List performer in order to take Soul Train nationwide. While Tessa struggles to live up to Don's expectations, she discovers a new act that could be the next big thing.

#12 - Nothing Ventured... Nothing Gained

When Dick Clark debuts a rival show, Don enlists the help of a renowned activist to take him down. JT makes a deal with the CRIPS in order to protect his family. Tessa auditions for a dance troupe and has a run-in with her past.

Don takes legal matters into his own hands, the "Soul Train" dancers have a dangerous run-in, Simone and Kendall face a change in his plans, and JT's past catches up with him.

Don has to save the show after a powerful earthquake almost brings the whole thing crashing down. Tessa has to make a choice between her career and the striking Soul Train dancers.

Don figures out a new creative way to score top talent for the show; Tessa goes to extremes to get the dancers into shape, and JT's family hangs by a thread.

An unexpected visitor forces Don to reevaluate his new life; the Clarke family tries to pick up the pieces after their devastating loss; and Patrick's loyalties are tested as the cop killer investigation heats up.

Don teams with an unlikely partner to save his Southern syndication; the Clarke family prepares for Joseph's homecoming from Vietnam; and JT finds himself in a bad spot after running into an old friend.