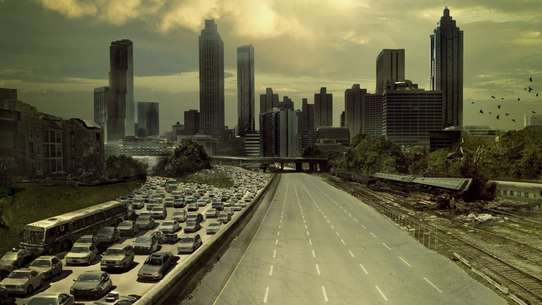 The BEST episodes of The Walking Dead

The world we knew is gone. An epidemic of apocalyptic proportions has swept the globe causing the dead to rise and feed on the living. In a matter of months society has crumbled. In a world ruled by the dead, we are forced to finally start living.

We learn the true motives of the Terminans as Rick and the group find themselves in a vulnerable situation.

While trying to escape Alexandria, Rick and his group meet trouble when sudden noise draws walkers towards them with what could be fatal consequences.

Just when everything started to calm down at the prison, Rick and his group now face imminent danger and destruction. This time, they might not win.

Daryl finds trouble while on a run; Rick and the group feel like outsiders in Alexandria, where trouble approaches the gates.

The group is severed, placing lives in jeopardy. Merle has a request for the Governor. Meanwhile the prison doesn't seem to be a place as secure as they thought.

Rick and Carl find the farm in jeopardy; the group is split up in the chaos; Rick's leadership is questioned.

Hershel sets a deadline. All secrets are out in the open. Glenn stands up for himself and Shane takes charge.

Having been brutally overpowered by Negan and his Saviors, Rick and the group kneel helplessly as they suffer heavy losses that will haunt them forever.

Andrea steps up when the people of Woodbury are thrown into uncharted territory. A new threat arises at the prison.

Rick searches for his family after emerging from a coma into a world terrorized by the walking dead. Morgan and Duane, whom he meets along the way, help teach Rick the new rules for survival.

After finding an idyllic place to establish a new shelter, the group starts to question whether it is possible to go back to the way things were.

Rick and the group are faced with a serious problem. If they want a truce with the Governor, they will have to make a huge sacrifice.

Someone dangerous may be loose near the farm; Rick, Shane, Daryl and Glenn keep the group safe.

Rick wants to find a peaceful agreement, but the enemies seem to prefer a more violent resolution.

Since they are outgunned against the Governor's forces, Rick undertakes a mission to get more weapons.

Rick and the group realize the only way to maintain the peace of Alexandria is to fight a new enemy. However, this time, the group might be outmatched.

The fair at the Kingdom is underway, with all four communities coming together in celebration for the first time in years, while some pacts are renewed, other deals will come at a much steeper price.

With Negan's help, Alpha and the Whisperers attack Hilltop.

Negan's unwelcome visit to Alexandria continues as other members scavenge for supplies; things quickly spin out of control.

Rick and the others find themselves pitted against a group of nasty people.

After experiencing a minor success, there is a whole new set of issues when members of the group are taken and held hostage.

As the group debates their next course of action, Rick wanders after a lost friend. After helping another group of survivors flee a group of walkers, Daryl and Merle begin to have second thoughts about leaving the prison. The Governor cedes leadership of Woodbury to Andrea and makes plans to punish those responsible for the chaos.

All of Us Are Dead

Dance in the Vampire Bund