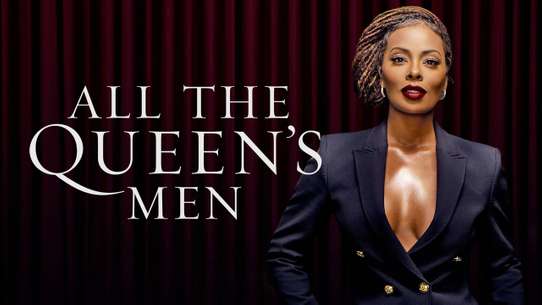 The BEST episodes of All the Queen’s Men

Set at Club Eden, the fictional home to the hottest and most sensual male exotic dancers in the country, the series centers on the life of Marilyn ‘Madam’ DeVille, a fierce businesswoman at the top of her game in the nightclub industry, surrounded by a band of trusted employees who do their best to ensure her continued success. But Madam, a self-proclaimed boss, soon discovers that more money and more power means more problems. Will Madam retain reign as she navigates this dangerous and sexy society? Will the sensuous world of exotic dancing cost Madam her queendom and potentially her life?

Madam and Tommy call on the Tandys, Carla cozies up to one of Madam’s allies, Blue tries to fix things between AMP and Madam, and Doc gets troubling news about Teresa and her baby.

AMP pleads his case to Madam, Babyface loses his biggest supporter, Rayshon makes a desperate call for help, Doc confides in Midnight, and Madam pays Redneck a visit at the hospital.

Madam sets out to collect a gambling debt, Ms. Tandy encourages Rayshon to take back what’s his, an amateur dancer makes an impression at Eden, and Blue and Madam compare notes on AMP.

Things come crumbling down when Tina gets in Doc's way and Blue becomes prime suspect number one. Red is not taking no for an answer and Dime and the club are his target. Kat has had enough of Madam and Amp pays the ultimate price.

AMP fights for his life, Madam pays Judge Ross a visit, Doc gets unexpected news about Teresa, a woman from Fuego’s past shows up at Eden, and Madam follows the trail of her missing money.

Madam is all business until family is involved, making it known they are not to be messed with. Things heat up with Dime and Amp, as he contemplates his new life. Doc tries to make things better with his widowed mistress, but for Tina, things take a turn.

Madam has no compassion for Judge Ross, but opens up to the angst of Shemika's challenges. Trouble continues to find Amp, so he takes a chance on Amateur Night in hopes of a fresh start. Allen's murder is still unsolved, and Madam is on the suspect list.

Doc and Midnight are at odds with each other and Madam must play mediator while Babyface finds his own way to make some extra cash with the help of an amateur dancer.

The Concierge introduces Madam to the ultimate affluent circle and she allows him to get closer than most. Meanwhile, the Eden dancers are at odds with each other and Amp’s medical status is up in the air.

Midnight just might make the biggest mistake of his life when considering a dangerous offer. Meanwhile, Madam is proving to be less than indestructible as things take a turn for the worst for the men and women of Eden.

Madam gets control of her father but not without a fight. Amp hits the stage at amateur night and is a hit with the ladies and Dime. Shemika is in trouble and Madam sends back up, but things are not what she thinks.

Shemika is a cop, but Madam will do whatever it takes. Amp and Dime get closer, and he keeps his new path private from his roommate. Tina is up to no good and Doc is in the middle of a bad love affair and new-found info that will change his life forever.

Blue takes some much-needed time off after coming clean to Madam about her and Kat. Ms. Tandy takes a strong liking to Rayshon.

Madam Devile, owner of Club Eden, runs into trouble when her leading shareholder threatens to sell the male exotic club. This maneater makes it known that no one will get in her way. Amp, her nephew released from prison, seeks help to get his life back.

Madam's secrets seep from the grave and her dad pays the cost. Back at Eden, Trouble hits the stage at Amateur night as Amp contemplates life as a dancer.

Madam expands her queendom despite the complex situation with Allen. A new vigilante hides in the shadows with his sights set on the queen, whose dealings cost her loved ones safety. Amp finally works at the club, but is suspicious about his roommate.

Allen's blood lands in the hands of Madam as she becomes the prime suspect for Detective Davis. Amp struggles to get his life back as he encounters a bizarre roommate and the disgruntled keeper of the halfway house on a mission to send Amp back to prison.

Madam discovers that she is being investigated by the GBI and her father's past comes crashing at the doorsteps of the club. Red ultimately reveals his true intentions and Amp is the prime target, but he isn't the only one after him.

Madam learns half of her money is still missing, AMP is forced to face the truth, Babyface demands his cut of Rayshon’s earnings, and Dime makes a startling discovery.