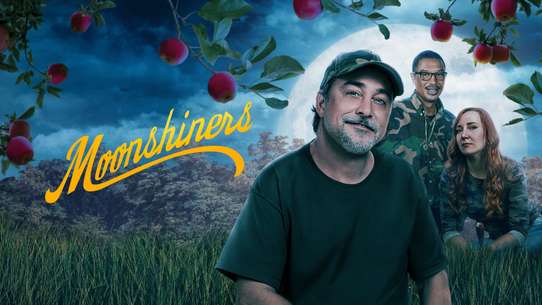 The WORST episodes of Moonshiners

Every episode of Moonshiners ever, ranked from worst to best by thousands of votes from fans of the show. The worst episodes of Moonshiners!

Think the days of bootleggers, backwoods stills and "white lightning" are over? Not a chance! It's a multi-million dollar industry. But perhaps more importantly to the moonshiners, it's a tradition dating back hundreds of years, passed down to them from their forefathers. It's part of their history and culture. While this practice is surprisingly alive and well, it's not always legal. Discovery Channel's all-new series MOONSHINERS tells the story of those who brew their shine - often in the woods near their homes using camouflaged equipment - and the local authorities who try to keep them honest. Viewers will witness practices rarely, if ever, seen on television including the sacred rite of passage for a moonshiner - firing up the still for the first time. They will also meet legends, including notorious moonshiner Marvin "Popcorn" Sutton.

Josh and Bill suffer the consequences of bootlegging. Darlene goes against her best instinct and lights up her still indoors. Jeff, Mark, and Lance find their competition is still out there. Tim takes final measures to protect his legal shine business.

Tim reaches a milestone with his first bottled batch of shine. Jeff and Mark suspect a rival in their territory. Chico takes a risk that could cost him everything. Josh and Bill's only hope at financing their shine operation is to consider bootlegging.

Tickle goes undercover to learn what Chico has been doing; Josh and Bill travel to a music festival; Mark and Lance seek to eliminate the competition.

Mark and Jeff struggle to set up their remote still site, while Josh and Bill are desperate for cash to build a new copper still. Tensions run high in the Kentucky distillery with Tim and his partner Steve, and a new moonshiner appears in Mississippi.

Tickle and Tyler need to fix a bad feed line and get back to work at the moonshine cave. Jim Tom and Roy build the still that will carry them to greatness. Josh and Bill are sidelined with a crushed still. Sheriff’s Deputy Chuck gains ground on Lance.

Tim Smith hires a person with a checkered past to help at the distillery in Kentucky. Tickle learns how to make moonshine in a copper pot still from one of the best. In North Carolina, Jeff and Mark are surprised by an unexpected visitor.

In North Carolina, Jeff and Mark must pay hush money to the property owner of their still site, while veteran shiner Jim Tom helps Wayne perfect his moonshine recipe. In Virginia, Tickle encounters bad luck when he starts bootlegging his own shine.

Mark and Jeff clear their remote North Carolina still site, while an argument between Josh and Bill threatens to destroy their partnership. Tim has a tough time adjusting to moonshining in a legal Kentucky distillery, and Tickle takes a road trip.

Tim enlists Tickle's help to investigate his new still hand, Chico. Josh and Bill take on new risks as they try to stay alive in the moonshine game, as bootleggers. Jeff, Mark and Lance look to take out the competition.

Tickle builds a new still. Josh gets angry when he damages the nearly completed underground still site. Mark and Jeff make a risky move when they sell some of their product in town. Jim Tom teaches Jeff's son Lance how to measure the alcohol by volume concentration of moonshine.

It's the start of moonshine season! Moonshiners Jeff and Mark, and partners Josh and Bill hit the ground running. Meanwhile, veteran shiner Tim Smith will make a life-changing move, and Tickle is forced to realize that his time to shine has just begun.

As the season approaches, moonshiner Tim and his partner Tickle search Appalachia for the perfect site to set up his operation. Law enforcement agent Jesse Tate is on the hunt for his first big arrest, but runs into a dangerous web of counter-surveillance.

Josh and Bill find mold in their underground still; Jeff's wife and son set up a second still.

Josh and Bill secretly sell their shine; Tim returns to Virginia to fill an order; Mark tries to make a delivery by boat; Tickle's deal nearly breaks down.

Tickle gets busted by an angry landowner, while Tim devises an ingenious new hiding spot for his back-up stash of shine. Then, Josh & Bill get into a bone-breaking fight at their new still site. Also, Mark bootlegs moonshine by canoe in the dead of night.

Tickle bootlegs at night, while Wayne comes up with an ingenious drop-off plan for his own bootleggers. Equipment failure threatens the production of Tim Smith's legal moonshine, and Josh and Bill finally begin their first run of strawberry brandy.

It's one step forward and two steps back for Josh and Bill as they near the completion of their bunker. Meanwhile, Jeff, Mark and Lance are $6000 in the hole after losing a batch of mash before starting work on their Highland Scotch.

Moonshiner Tim and his partner 'Tickle' perform a sacred rite that is rarely captured on film - firing up their still for the first time. Everything goes smoothly, until an emergency hits. Meanwhile, law enforcement agent Jesse Tate pursues a hot tip.

Josh and Bill are forced back to their day jobs after their shine runs blue. Chico, under financial stress, makes a hard decision that could risk it all. Tickle struggles to keep Tim's old territory supplied. Mark and Jeff move their liquor.

Gunfire erupts in the bamboo patch just as Josh & Bill fire up their still for the first time this season. Meanwhile, Jeff, Mark & Jim Tom run a batch of President George Washington's rye whiskey. Then, Tickle hits the skids when his still is sabotaged.

Fast cars collide with backwoods tradition as Moonshiner Josh Owens puts pedal to the metal on the Carolina Dragway. Gasser rules mean vintage cars and parts only, but in skilled hands heritage pays off in horsepower. These gearheads race for glory.

The final weeks of shine season are here. Josh & Bill's liquor gets stuck six feet under. Chico & Tyler brew a sweet & sticky moonshine game-changer. Tickle gets trumped by his old buddy. And Mark & Jeff's first sale on the water ends in disaster.