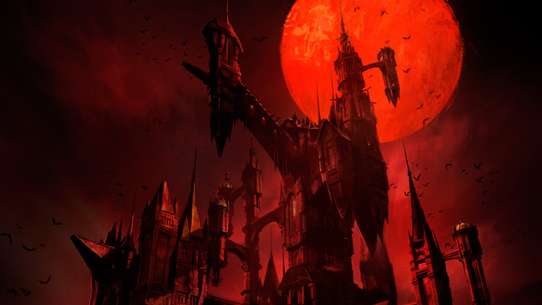 The BEST episodes of Castlevania

Every episode of Castlevania ever, ranked from best to worst by thousands of votes from fans of the show. The best episodes of Castlevania!

A vampire slayer fights to save a city besieged by an army of beasts controlled by Dracula. Series inspired by the classic video game.

Belmont and Sypha join forces with their old friend Alucard — and not a moment too soon. As the battle rages, Varney reveals his true form.

The battle lines are drawn. Comrade against comrade, father against son and two new lovers against the world.

Night falls on Lindenfeld and all manner of hell breaks loose. Also, Isaac meets the Magician, Hector makes a pledge, and Zumi and Takka make a move.

Not content to live in a cage, Lenore chooses another fate. Alucard opens his castle. Sypha wonders if she's lost Belmont for good.

With the portal to hell open, Trevor and Sypha must battle an onslaught. Meanwhile, the Judge shares a disturbing legacy, and Hector learns his fate.

As Isaac and his army of night creatures descend on Carmilla's castle, Hector rushes to finish his preparations before the bloody reunion begins.

In the season finale, Belmont strives to save Gresit from certain doom and comes face to face with a shocking truth.

Another city is about to fall to Dracula's castle, and Dracula himself may be about to fall, at the hand of someone he thought was on his side.

The dead are buried, friends and enemies are scattered, and hard choices are made.

Belmont explores the catacombs of Gresit and makes a disturbing discovery. As night falls on the city, the beasts return for blood.

Hector and Isaac take their first steps on divergent paths. Trevor and Sypha grow closer. Vampires can die too.

A headstrong young woman seeks out forbidden knowledge, and a corrupt bishop courts disaster by enraging a legend.

Belmont and Sypha's plan to leave Lindenfeld hits a snag. Isaac and the Captain debate the merits of humanity. Hector tries to get a read on Lenore.

Belmont and Sypha continue to battle beasts loyal to Dracula, but it's getting a little old. Meanwhile, Alucard receives a guest.

Trevor, Sypha and Alucard take a dangerous path in their desperate attempt to defeat Dracula. The last vampire general, Carmilla, arrives at the castle.

Something is alive in the priory's basement, and for Belmont and Sypha, time is of the essence. Lenore opens up to Hector about Carmilla’s plans.

With Greta's help, Alucard sets out to guide the villagers to his castle for protection. Sypha pushes back on Zamfir's leadership. Isaac makes a move.

Lenore urges Hector to not test Carmilla's patience. Belmont and Sypha cross paths with Zamfir, a fearsome guard with a suspicious mind.

Zumi and Takka share their history with Alucard. Also, Saint Germain gains entrance to the priory, and Isaac receives an icy welcome in Genoa.

The Belmont Hold is discovered. Dracula's War Council goes to war with itself.

Isaac gets under Varney's skin. Vampires Morana and Striga receive an urgent message from Carmilla. Belmont and Sypha get a look at Targoviste.

Trevor Belmont drifts into the panicked city of Gresit, where he learns of an ancient evil and makes a surprising vow.