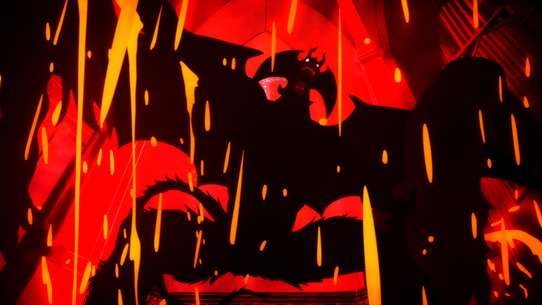 The BEST episodes of Devilman Crybaby

The protagonist Akira Fudo learns from his best friend, Ryo Asuka, that an ancient race of demons has returned to take back the world from humans. Ryo tells Akira that the only way to defeat the demons is to incorporate their supernatural powers, and suggests that he unite with a demon himself. Akira succeeds in transforming into Devilman, who possesses both the powers of a demon and the soul of a human. The battle of Devilman and Akira Fudo begins.

Betrayed and exposed, Akira becomes a target. After Miki takes to social media to defend his human soul, she and Miko find themselves under attack.

Confronted by Akira, Ryo reveals the truth about demonkind and himself. Humans, demons and devilmen gather for an ultimate battle for the world.

Ryo's actions and motives remain a mystery to himself, so he revisits his past for answers. Miki's father searches for his missing wife and son.

#4 - Neither Demon Nor Human

With the fear of demons gripping the world, humanity devolves into paranoia and violence. Akira tries to save other demon-human hybrids like himself.

Akira's mother calls and says she'll be home soon. Everyone is looking forward to seeing her, but Ryo warns Akira not to trust any human.

Silene tracks down Amon, hoping to reawaken his demonic side. But in the ensuing battle, the human soul of Akira remains powerful.

Akira has become a completely different man -- he's stronger and hungrier than ever before. He seeks out Ryo for answers.

After getting shut down by his editor, paparazzo Nagasaki gets desperate. Silene and Kaim learn what happened to their missing fellow demon, Amon.