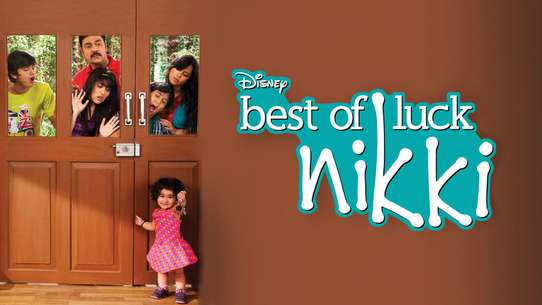 The BEST seasons of Best of Luck Nikki

Best of Luck Nikki is a Disney Channel India sitcom, which premiered April 3, 2011. The series is an Indian adaptation of the American show Good Luck Charlie. The show's storyline, promos and even title sequence are similar to Good Luck Charlie. The pilot, however, is different from the American one for the lead character of Nikki (similar to baby 'Charlie' in 'Good Luck Charlie') was born in the second episode. The series was created by Phil Baker and Drew Vaupen, who wanted to create a program that would appeal to entire families, as opposed to children only. It revolves around a Sikh family, the Singhs, as they try to adjust to the birth of their fourth child, Nikki Singh. In each episode, Dolly Singh (Sheena Bajaj) creates a video diary containing advice for Nikki about their family and life as a teenager. Dolly tries to show Nikki what she might go through in the video diary so she can always know how to figure things out when she gets older, when she wouldn't be around.