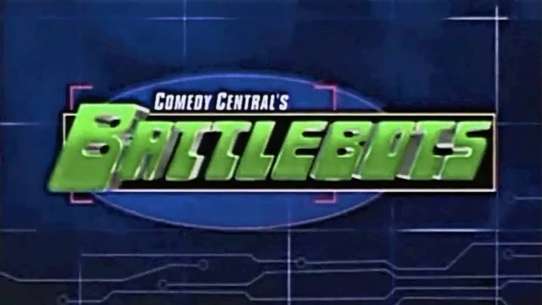 The BEST episodes of BattleBots

Every episode of BattleBots ever, ranked from best to worst by thousands of votes from fans of the show. The best episodes of BattleBots!

Remote-controlled, armored and weaponized machines called BattleBots figth to the death in an arena called the BattleBox. The purpose of the fight is for one robot, or "bot", to dominate or disable the other.

Dooall and Biohazard advance; carnage ensues in a free-for-all rumble in the Lightweight division.

#5 - Trimangle vs. Vladiator, Shark Byte vs. KillerB, Ziggo vs. Snowflake

Pressure Drop, Mouser Mecha Catbot and Vlad the Impaler move on to the next round.

#13 - Dr. Inferno Jr. vs. Tentomushi, No Apologies vs. Son of Whyachi, Huggy Bear vs. Bad Attitude

#15 - Minion vs. Codebreaker, Ankle Biter vs. The Master, Hazard vs. Blade Runner

#18 - Warhead vs. Darkstar-2J, Ziggo vs. Code:BLACK, Son of Whyachi vs. Steel Reign, Moebius vs. Ankle Biter

#19 - Hazard vs. Misty the WounderBot, Patriot vs. Sallad, Matador vs. frenZy, The Judge vs. No Apologies

#21 - Ziggo vs. Missing Link, Mauler vs Nightmare, Overkill vs Frenzy

Voltarc, Killerhurtz and Minion advance to the next round. Voltarc dominates Bender by removing his caster wheel and rendering his large blade useless. Killerhurtz leaves Knome II headless and beaten while Minion loses his sawblade but still takes the win.

#24 - Gammacide vs. Dreadnought, Sublime vs. Death By Monkeys, Final Destiny vs. Gray Matter