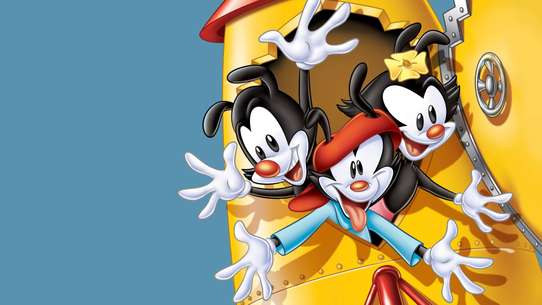 The BEST episodes of Animaniacs

Every episode of Animaniacs ever, ranked from best to worst by thousands of votes from fans of the show. The best episodes of Animaniacs!

The two Warner Brothers Yakko and Wakko and their Warner sister Dot had been created in the 1930's, but their cartoons were too screwy for the general public to handle. The three Warners were locked up in the studio water tower until they escaped in the 90's. There, they run wild, causing chaos everywhere!

Pinky & the Brain try using a dragon to rule the world.

The Warners take on a Thundercats look.

Pinky and Brain are mousenapped by another supervillain.

The Warners cue up some targeted ads.

Brain's plan to take over the ISS is foiled by an old adversary.

The Warners review a prescription medication.

The Warners don't know what something is.

The Warners fight over who knows the longest word.

Pinky makes a how-to video about taking over the world.

Ralph stars in a parody of Westworld in the opening.

Pinky needs to get money to save Brain, and fast.

Scratchansniff tries to teach the Warners a lesson about lying.

Dot learns that cartoons don't have the right to vote.

Brain’s robot “son” turns on him.

Pinky & the Brain break into the NSA.

Brain is humbled by his future self.

The Warners discover an unauthorized version of their show in Russia.

A man lacks a sense of personal space.

Wakko waits for his new game to load.

The Warners deal with Nero.