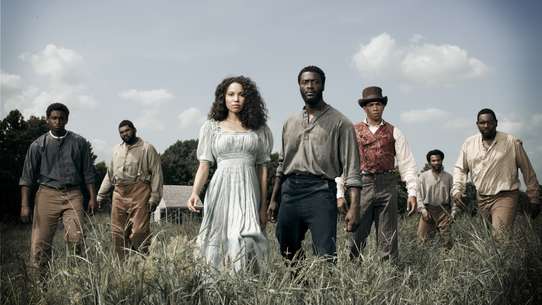 The BEST episodes of Underground

Every episode of Underground ever, ranked from best to worst by thousands of votes from fans of the show. The best episodes of Underground!

Underground centers on a group of slaves planning a daring 600-mile escape from a Georgia plantation. Along the way, they are aided by a secret abolitionist couple running a station on the Underground Railroad as they attempt to evade the people charged with bringing them back, dead or alive.

Everyone must pay for their sins when the day of reckoning arrives.

The remaining members of the Macon 7 have made it North, but they've learned that freedom is not as simple as crossing a line.

Rescuing a member of the Macon 7 turns into a deadly mission; John and Elizabeth challenge each other's choices.

The road takes its toll on August; at the same time, the runners are trapped in a floating coffin; and Ernestine struggles to maintain her influence.

The road to freedom is paved in blood.

Rosalee, desperate to discover who took Noah, finds herself pursued by a new threat.

The Macon 7’s unexpected flight from the Macon Plantation is marked with danger at every turn. The already strained dynamic begins to pit every man and woman against the other, while Ernestine, Pearly Mae, Sam and the other slaves left behind face new, strict sanctions of their own. Out in the woods, Cato takes drastic measures to ensure his own safety while simultaneously putting one of the Macon 7 in harm’s way of the slave catchers. August Pullman and his son Ben continue their search for the runaways as John and Elizabeth Hawkes, still recovering from their ordeal with Josey, officially launch their Underground Railroad station stop. Meanwhile, Tom Macon is worried that the Macon 7’s escape will affect Reverend Willowset’s upcoming visit to vet him for his senate campaign. And Pearly Mae receives a life-changing offer that is threatened by Ernestine’s calculated move.

Innocence is lost when children are forced to face the harsh realities of the world.

Rosalee and Noah learn that family betrayal cuts the deepest.

A notorious slave hunter tracks the runners as John and Elizabeth face a lethal predicament.

The timetable for escape is agreed upon; and Rosalee is tasked with the most important part of the plan.

Cato and Noah must face the choices they've made to get where they are.

Unbearable complications threaten to break both Ernestine and Rosalee’s will to live.

When Noah risks death, Rosalee and Cato have to team up and come up with a plan. At the Macon house, Tom Macon has to deal with another slave on the run.

At the same time John and Elizabeth step into a strange new world, a plantation dance becomes the perfect distraction for a heist.

In 1857, a group of slaves on a Georgia plantation make the dangerous decision to journey 600 miles north for the promise of freedom.

Harriet Tubman reflects on a life lived with conviction, compassion, and courage.