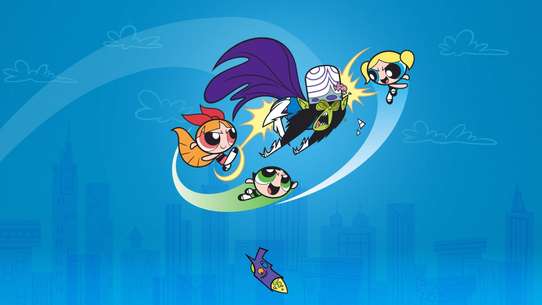 The WORST episodes of The Powerpuff Girls

Three little girls who were created in a laboratory experiment by Professor Utonium, who combined sugar, spice, and everything nice in an effort to create the perfect little girl. However, the professor accidentally added some "Chemical X" into the mix, and the three girls were born from the resulting explosion. With their super charged powers, they challenge the forces of evil so that justice will prevail.

The Professor tries to figure out just what kind of species Fuzzy Lumpkins is, but when he accidentally gets covered in mud and flowers it makes him look like a Lumpkin which Fuzzy falls in love with and tries to marry.

When the Mayor gets a craving for toast he discovers his toaster is broken so he gives it to the Professor to fix, but he accidentally discovers the Professor's secret stash of chemical X which the Mayor uses as a hair growth formula.

The owner of the Townsville Museum accidentally thaws out a prehistoric caveman-criminal that was frozen in a block of ice.

Blossom steals a set of $2000 golf clubs for Father's Day for the Professor.

When an organization called Parents Against Powerpuffs tell the Girls that their super-heroics are becoming too imitable for children, the Girls must hold back on fighting crime.

The Professor tells the girls all about his younger brother Eugene and how he was such a wild man back in the day.

#7 - The Powerpuff Girls a Documentary

A guy named Brian Larsen wants to make a documentary about the Powerpuff Girls.

Ms. Keane assigns pet duty since its Friday. The Powerpuff Girls volunteer, but she chooses Mitch to take care of Twiggy, the class hamster.

#9 - Not So Awesome Blossom

After losing a battle with Mojo's robots (which Buttercup defeats) Blossom suddenly becomes a jinx and starts messing up everything.

When Ms. Keane gets sick she hires a substitute teacher named Mr.Green to run the class in her absence. Unfortunately because of his monstrous appearance the girls assume he's a bad guy and try to save their classmates from him.

Blossom and Buttercup have an argument thinking that brains or brawn is the best way to destroy a monster.

When the Mayor finds the deed to Monster Isle the monsters move to Townsville causing havoc between monsters and humans.

The girls get bad sunburns.

After witnessing a crime, Talking Dog stays at the Powerpuff Girls house for a while as part of a witness protection program.

After the Professor lies to the girls to avoid spending time with them a little white lie monster develops.

When the Professor realizes that all his successful experiments are actually just accidents, he sets out to do something brilliant on purpose!

A lazy cop named Mike Bricoski lets his other fellow cops do the dirty work for him, but when he gets fired he takes his revenge out on the Powerpuff Girls.

After stealing a tangerine (orange) and watching it split up into different pieces the Amoeba Boys learn how to multiply and make duplicates of themselves.

The girls wake up to discover their bed is wet. Blossom, Bubbles, and Buttercup all deny to the incident, but they still wonder who did it. This destroys their confidence.

The girls realize that the Professor is tired after preparing for his dissertation tomorrow, so when a burglar new to Townsville tries to rob them the girls try to stop him without waking up the Professor.

A new group of criminals, which is a group of cute little animals robs Townsville blind. The girls try to stop them, but because of their innocent looks the animal criminals have the advantage.

The Mayor keeps having the same dream over and over again, but he never sees the end. Now it's up Girls to go into the Mayor's head and solve this mystery.

Buttercup feels left out when she realizes that she doesn't have any special powers like her sisters.

The Professor is anxious to win the 2nd Townsville Annual Cook-off competition this year.