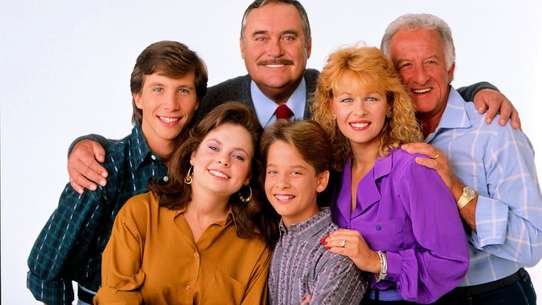 The WORST episodes of Mr. Belvedere

Mr. Belvedere centered around the Owens family who lived in suburban Pittsburgh. George Owens was a sports writer and his wife, Marsha was a homemaker/law-student. They had three children, 16 year old Kevin, 14 year old Heather and 8 year old Wesley. The series began when it got to the point where Marsha couldn't handle the household anymore with her studying so she placed an ad for a housekeeper. This is where Mr. Lynn Belvedere steps in. Mr. Belvedere was an English housekeeper whose previous employers include Winston Churchill. Although hesitant, George and Marsha hired him and he instantly becomes one of the family, even giving the kids advice on how to solve their problems when they need it. At the end of each episode, Belvedere would write an entry in his journal concerning the situations that occurred in each episode.

Wesley needs to take an additional class to fill up his schedule and decides on print shop but once he takes the class, he takes full advantage of the copy machines by making conterfeit money which inadvertantly gets into George's hands and he spends the money all over town. Meanwhile, Kevin's apartment seems to be haunted calling for a seance.

Wesley becomes friends with a new kid, Craig and agrees to write a book report for him to help catch him up. This leads to word getting around and all of Wesley's classmates come to him for papers. However, he quickly finds Craig coming to him for every paper he has to write which leads to Wesley discovering that Craig can't read.

Marsha's position at the Legal Hut has been draining all the excitement out of her and when she's offered a higher position she secretly decides to turn it down. Little does her family know, that she has quit altogther at the Legal Hut and has taken up a position as a singing waitress at a 50's style restaurant.

George is nervous when he is assigned to do editorials during his sports broadcasts at the television station. At first he is not quite sure what to do and starts off with something tame (protective sports gear), but quickly jumps to the controversial when he calls to eliminate the singing of the National Anthem at sporting events. However, George's intention soon gets him in hot water as his opinion proves very unpopular and he finds himself being forced into doing humiliating jobs by the station manager, who wants George to quit.

With George out of work and Marsha busy with law school, they have been spending little time together creating tension between the two. After a failed weekend at a marriage retreat, the decide to seperate, and George moves into an apartment.

Wesley has joined the football team and is terrible at the sport much to the disappointment of George. This re-opens old wounds in Kevin and decides to secretly join the football team to get a letter and make George proud. However, when Kevin's grades slip, George comes down hard on him and Kevin decides to move out, just days before Thanksgiving.

Kevin gets a ticket after he goes through a stop sign but complains that he could see the stop sign due to a tree branch being in the way. This leads Marsha to test her knowledge at law and represent Kevin in court. Meanwhile, Mr. Belvedere is after a raise and George is dead set against giving him one.

When George and Marsha take a vacation to Florida, they leave Mr. Belvedere in charge of Kevin, a grounded Heather and Wesley. Immediately after they leave, events go out of control, when Heather sneaks out with her friends to see a Prince concert and Wesley brings a massage therapist over for a stressed-out Belvedere.

Wesley has been cast as the lead in the school play and he's all set to play the part. However, when the director quits the play, Mr. Belvedere steps in as director and makes a decision for the best of the play. He decides to recast the lead with Tommy Sullivan leaving Wesley out in the cold.

Valentine's Day has one particular girl going wild over Wesley who does his best to try to avoid her. Meanwhile, Heather is let down after sending out tons of valentines but gets none in return, that is until a secret admirer begins sending her gifts.

Heather has been floundering in her French class and Marsha insists that she get a tutor. Heather is thrilled to learn her tutor will be a high school boy but isn't prepared to learn that he's blind. However, she quickly realizes he is just like any other boy. Meanwhile, there is an all out war between the Owens' and their neighbors, the Huffnagels, thanks to Wesley's antics.

After Mr. Belvedere trips over a skateboard and falls down the stairs, he becomes wheelchair bound with a broken leg. Thus, the family seeks a temporary housekeeper and one presents himself in the shape of Mr. Belvedere's midget cousin, Galen, who's out for more than just a job and a friendly visit, he wants revenge.

George comes home with a surprise for Wesley, something that Wesley had been wanting for years, a dog. However, Wesley is less than satisfied, it seems he's gotten past that phase and does his best to ditch the cute little pooch. Meanwhile, Heather becomes friends with a mystic which threatens her friendship with Angela.

Louise confronts Mr. Belvedere and reveals his fears and they decide to get married. However, cold feet has Mr. Belvedere running away, only to have George drag him back for his wedding. As Belvedere and Louise reach the alter, she breaks the news that she's been called back to Africa and Mr. Belvedere decides to go with her. Saying goodbye to six years of working for the Owens family.

George is having a fit when he and Wesley have to go to the dentist for a routine checkup. However, when they come back Wesley is the one having the fit, the dentist suggested he get braces. Meanwhile, Mr. Belvedere buys Kevin's old car and he doesn't know that Kevin's unloading a lemon.

The Owens family begins to prepare their home for Christmas, but strangely Mr. Belvedere seems anything but in the Christmas spirit. Wesley sneaks into his room and discovers the perfect gift for Mr. Belvedere, but even that may not be enough to cheer him up. Meanwhile, both Kevin and Heather would like to be anywhere but home for Christmas, which leads to a family feud that just may lead to George and Marsha canceling the entire Christmas celebration.

George takes Mr. Belvedere and Wesley to a wrestling match where a spectator, Max "Meat Grinder" Maxwell, picks a fight with George, which ends with Mr. Belvedere defending George. Dealing with a bruised ego, George becomes impotent and wanting to feel like a man, he buys a motorcycle. Meanwhile, taking a cue from Mr. Belvedere, Wesley begins to get in fights at school.

For their anniversary, George and Marsha act like it's just another day while the kids suggest they renew their wedding vows. However, after doing some digging, trying to find George and Marsha's original wedding picture, Heather and Kevin make a shocking discovery, that leads Kevin to re-examine his life.

Heather and Angela are members of a Speech club and a certain boy catches both their eyes leaving the boy in the middle of a fued and he must decide between them. Meanwhile, Marsha redecorates Mr. Belvedere's room and Wesley and him become roommates and Wesley quickly becomes sick of his constant practical jokes.

Kevin has had it with his foreign exchange student roommate, Anatole, who keeps a pet goat in the apartment. The last straw is when Anatole invites some friends over for a party and Kevin promptly tosses him out. Meanwhile, for a business class, Kevin observes the operations at a plumbing supplies company and meets a fiesty woman whom he discovers that she lives next door to him.

George's manager at the TV station orders him to lose 15lbs so George decides to go to a fat farm and he brings Mr. Belvedere along for the excitement. However, they soon find themselves having a hard time sticking to the regime. Meanwhile, Kevin babysits his girlfriend's cat who escapes and holds Marsha, Heather and Wesley hostage.

Heather's 16th birthday is coming up and George is having a hard time dealing with his little "Kitten" growing up. Meanwhile, Heather is getting over a breakup with her latest boyfriend and creates a fictional man in her diary which George just happens to glance at and becomes worried especially after Wesley discovers birth control in Heather's room. Meanwhile, Wesley is searching for his lost snake, Captain Nemo, but little does anyone know that Kevin is responsible for his disappearance.

When George learns that he is the winner of The Happy Guys of Pittsburgh Man of the Year Award he is thrilled. That is, until he learns he must give a speech, something he's terrified of doing. Meanwhile, a project in one of his classes has Kevin married to a nice girl but he's resistant to being seen with her in public.

While at the library, studying for his SAT's, Kevin runs into a lost Amish girl whom he brings home, where she marvels at modern conveniences. However, Kevin becomes smitten with the idea of becoming Amish himself, in hopes of escaping from the pressure of his world.

During an accordian lesson, Wesley's teacher, Mr. Zabriskie suddenly dies right after a frustrated Wesley silently wished his death. This leads Wesley to believe he is the one responsible for his teacher's death and begins to believe he has a special power.