The BEST Rai 1 shows of all time

We've compiled the average episode rating for every Rai 1 show to compile this list of best shows! A look at the life of the police commissioner, Salvo Montalbano, of the Sicilian town of Vigata and the criminal cases solved by him.

When Andrea Fanti loses his last 12 years of memories due to a brain trauma, he finds himself no longer the brilliant and authoritative doctor he's staked his reputation on, but a simple patient. With a life absent of memories, he falls into an unknown world where his loved ones have suddenly become strangers and the hospital is the only place where he truly feels at home. The story of the Medici family of Florence, their ascent from simple merchants to power brokers sparking an economic and cultural revolution. Along the way, they also accrue a long list of powerful enemies. The series recounts Leonardo da Vinci's extraordinary life through the works that made him famous, through the stories hidden within those works, revealing little by little the inner torment of a man obsessed with attaining perfection. In 1327, when Christendom was divided between the authority of Pope John XXII and that of Emperor Louis IV of the Holy Roman Empire, the ex-inquisitor Guillaume de Baskerville went to a Benedictine abbey, located between Provence and Liguria, accompanied by his young secretary Adso who is the narrator of the plot. In a climate of theological conflict between the Franciscans and the pontifical authority over the poverty of Christ - serving primarily as a front for the political conflict between the pope and the emperor - the former inquisitor must investigate, at the request of the Abbe, on the suspicious death of one of the monks. Quickly, what many seemed to consider as suicide is becoming more and more disturbing. 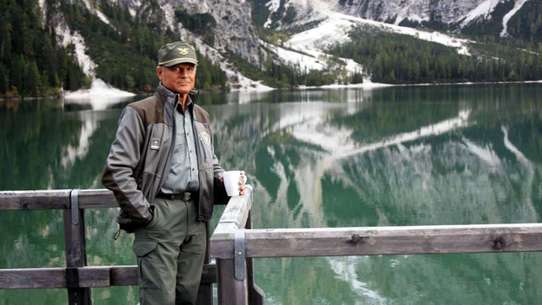 Un passo dal cielo (One step from heaven) is an Italian television series starring Terence Hill as commander of the State Forestry Corps in the Italian village of Innichen and Enrico Ianniello as the local State Police commissioner.

This prequel to the Inspector Montalbano film series opens in the early 90s when Salvatore Montalbano, a talented young policeman, is promoted to the post of commissioner and transferred to Vigata. There he finds himself supervising a group of agents that include Carmine Fazio, many years his senior, and quirky Sicilian, Catarella.