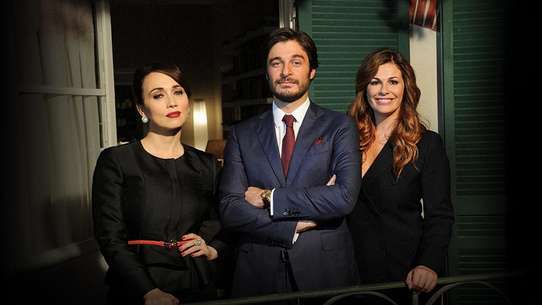 Italian comedy/fiction,revolving around funny lies and omissions. Lisa is a recent widow running in some financial troubles that forces her to leave her law studies an look for a job. By coincidence (and lying about her condition of mother of 2), she gets hired in a prestigious law firm in Naples, of which she becomes the main lawyer's and owner's assistant. The owner, Enrico, is a cynical lawyer, a rich play-boy that despise women and tenderness, probably due to some past tragedies and misadventures, result also of the strong education received by his father, who was the previous owner of the firm. The fiction goes on around the adventures and misunderstandings of Lisa trying to hide from her boss the situation... and avoiding to fall in love with him (and he to fall in love with her on turn !). Other characters contour the two main ones, mostly Perla, Lisa's neighborhood that sometimes babysits Lisa's children, a character of herself, with a witty sense of humor and a troubled love past.