The BEST Peacock shows of all time

We've compiled the average episode rating for every Peacock show to compile this list of best shows! George lives to find new things to discover, touch, spill, and chew. Everything is new to George and worth investigating. Of course, in George's hands - all four of them - investigation often leads to unintended consequences! Throughout George's adventures, he encounters and models basic concepts in each of the three content areas. Features a behind the scenes look at the superstars and events of the WWE. Young, charismatic and ostensibly brilliant, Dr. Christopher Duntsch, a rising star in the Dallas medical community, was building a flourishing neurosurgery practice when everything suddenly changed. Patients entered his operating room for complex but routine spinal surgeries and left permanently maimed or dead. As victims piled up, two fellow physicians set out to stop him. 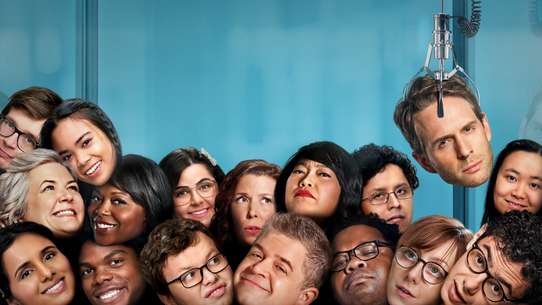 When Harvard philosophy professor Jack Griffin fails to get his dream job and reluctantly moves back to Ohio to work as a high school Advanced Placement Biology teacher, he makes one thing very clear: he will not be teaching one bit of biology. Instead, realizing he has a room full of honor roll students at his disposal, Jack recruits the kids to help him mentally break his job-stealing nemesis and win back the position that's rightfully his. Based on Morgan Cooper’s popular fan film, this series, set in modern-day America, is a serialized one-hour dramatic analogue of the popular ’90s sitcom "The Fresh Prince of Bel-Air" that leans into the original premise: Will’s complicated journey from the streets of West Philadelphia to the gated mansions of Bel-Air. With a reimagined vision, the series will dive deeper into the inherent conflicts, emotions and biases, while still delivering swagger and nods to the original show.

WWE Ruthless Aggression picks up where WWE Network’s critically acclaimed Monday Night War docuseries left off, detailing the prolific, if turbulent, years that followed the Attitude Era, after WWE won the battle for Monday night supremacy and absorbed its top rival, WCW. Famous for giving rise to legendary WWE Superstars like John Cena, Brock Lesnar, Randy Orton and Batista, the Ruthless Aggression Era was also a time of remarkable innovation for WWE. The company introduced new concepts like the Elimination Chamber Match and Money in the Bank Ladder Match, and, for the first time in its history, split the roster into two unique brands: Raw and SmackDown. 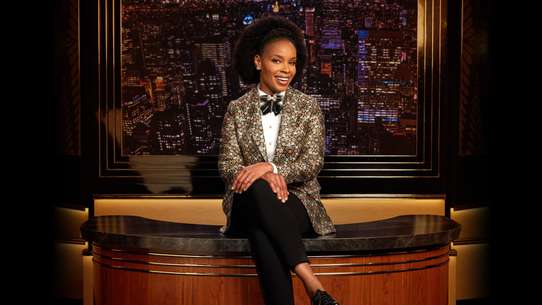 Amber Ruffin’s signature smart-and-silly take on the previous week. A late-night show with just the good parts – the comedy. 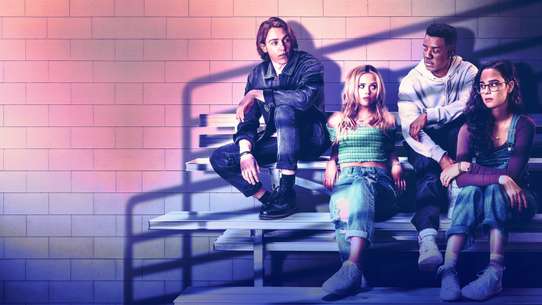 The story of what happens when five high schoolers walk into detention and only four make it out alive. Everyone is a suspect, and everyone has something to hide. 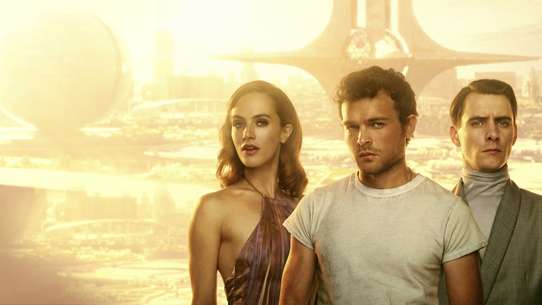 In a utopia whose perfection hinges upon control of monogamy and privacy, members of the collective begin to question the rules, putting their regimented society on a collision course with forbidden love and revolution. 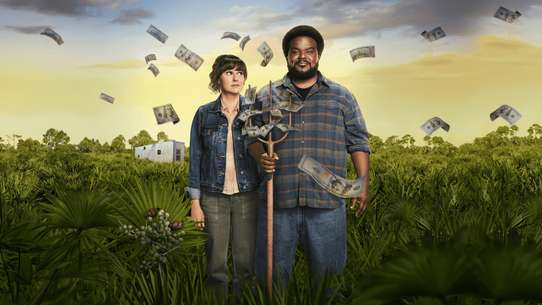 A comedy about class, capitalism and one man's quest to achieve the American dream. And also about hunting really big snakes. A high-octane conspiracy series that follows the mystery of Flight 716 - a passenger plane that vanishes over the Atlantic Ocean. Following the mysterious crash, recently widowed, brilliant aviation investigator Kendra Malley is called in to investigate by her former boss and mentor Howard Lawson. Famed Harvard symbologist Robert Langdon must solve a series of deadly puzzles to save his kidnapped mentor and thwart a chilling global conspiracy. 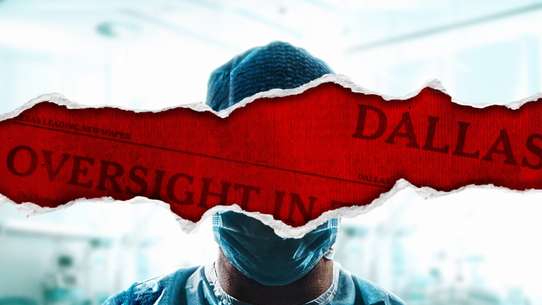 A docuseries chronicling two doctors' attempts to stop Dr. Christopher Duntsch, a seemingly brilliant, charming and ambitious neurosurgeon who aimed his scalpel at the citizens of Texas and left many patients maimed, paralyzed or dead. The chilling story of one of the world’s most notorious serial killers told through the words of Gacy himself, those who were forever changed by his unspeakable deeds and those who believe that the full truth about the case remains concealed to this day. 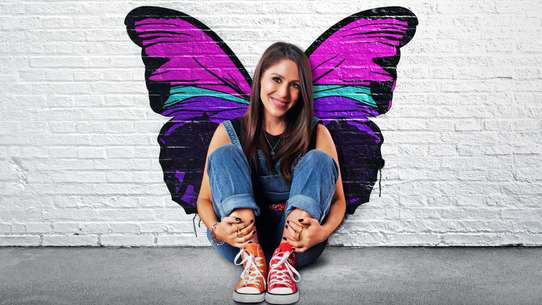 Punky is now a single mother of three trying to get her life back on track when she meets Izzy, a young girl in the foster system who reminds Punky a lot of her younger self. Two lifelong best friends, Nathan Rutherford and Reagan Wells, who find themselves at a crossroads – quite literally – when their sleepy town gets an unexpected wakeup call. 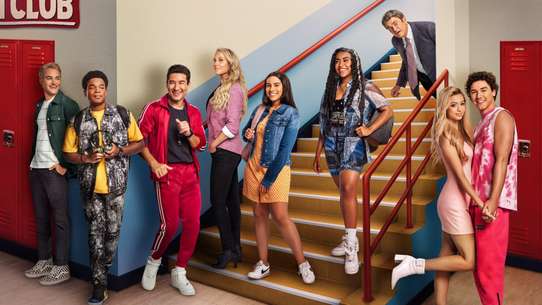 When California governor Zack Morris gets into hot water for closing too many low-income high schools, he proposes they send the affected students to the highest performing schools in the state — including Bayside High. The influx of new students gives the over privileged Bayside kids a much needed and hilarious dose of reality. 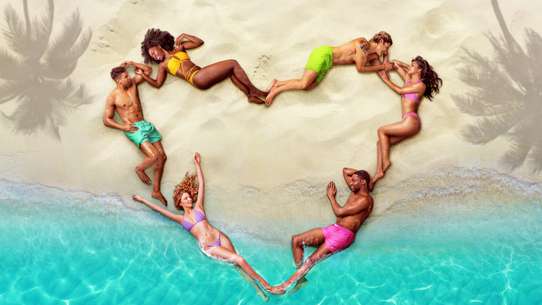 A group of single islanders compete for a chance at love and friendship in a gorgeous villa. Every few days, participants must find a partner, and those who fail to do so risk being cast out from the island, while the remaining couples must win over not only each other, but viewers, to take home the cash prize. Four casino employees in a dead-end job in middle America attempt to find self-worth in their bad ideas. After rotting in prison for over a decade, America's ultimate hero and uber patriot MacGruber is finally released. His mission: to take down a mysterious villain from his past—Brigadier Commander Enos Queeth. With the entire world in the crosshairs, MacGruber must reassemble his old team in order to defeat the forces of evil. Teenage runaway Carrie’s job is to guard a door to a monstrous reality, but when strange occurrences begin to shake the sleepy mining town to its core, she must enlist the help of new friends Nolan and Tasha. The group becomes an unlikely trio of monster slayers, determined to save their loved ones. As they fight back, Nolan and Tasha can’t help but wonder...can they really trust Carrie? Small towns sure can be Hell. 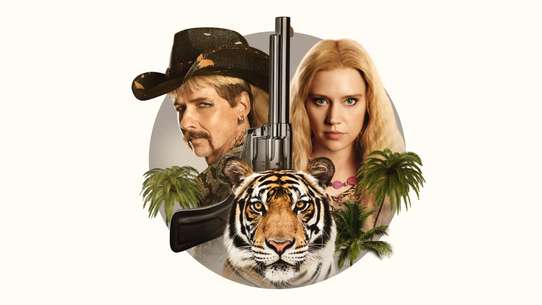 TV series based on the life of Joe Exotic, the former Oklahoma zoo operator and big cat breeder who was put on trial and sentenced to 22 years in prison for plotting to murder another big cat enthusiast. The story of a self-created pop culture icon. Renee Goldberg reinvented herself as Angelyne, a blonde bombshell, famous simply for being famous, by appearing on billboards in Los Angeles and driving a pink Cadillac around Hollywood. #24 - The Real Housewives of Miami

The newest series of the Housewives franchise adds a unique flavor as the show goes inside this cultural hot spot. The Real Housewives of Miami follows six of the most connected and influential women of Miami as they live their lives to the fullest in this sunny city where the party never stops.