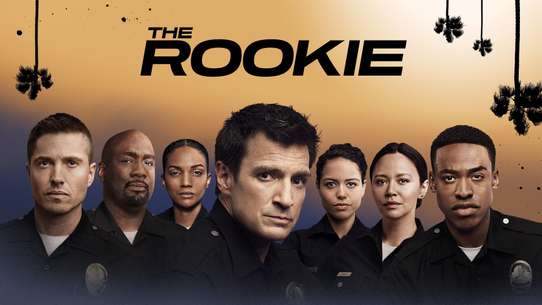 The WORST episodes of The Rookie

Every episode of The Rookie ever, ranked from worst to best by thousands of votes from fans of the show. The worst episodes of The Rookie!

Starting over isn’t easy, especially for small-town guy John Nolan who, after a life-altering incident, is pursuing his dream of being a Los Angeles police officer. As the force’s oldest rookie, he’s met with skepticism from some higher-ups who see him as just a walking midlife crisis. If he can’t keep up with the young cops and the criminals, he’ll be risking lives including his own. But if he can use his life experience, determination and sense of humor to give him an edge, he may just become a success in this new chapter of his life.

The team gets the true crime docuseries treatment when they analyze a recent case featuring a former child actor whose adult life has garnered him a cult following.

Desperate to reset the way the world sees him, Officer Thorsen reluctantly decides to be a part of a reality show to help rebrand his image, only to be thrust back into yet another deadly situation. With cameras rolling, the show’s producer is found murdered and the team must investigate before Aaron is made suspect number one.

Nolan’s decision to return to school in order to become a training officer is proving to be much harder than he expected. Chen considers going into undercover work after getting a taste of the job when Harper’s former colleague needs help.

Officers Nolan and Harper help Skip Tracer Randy on his first bounty hunter case. Meanwhile, Officer Chen and Sergeant Bradford are on the hunt for a perpetrator on a citywide crime spree.

After Nolan and Talia lose control of a crime scene, they begin to debate whether people are fundamentally good or bad and what that means for a police officer. Meanwhile, Lucy is concerned Tim is enabling his wife’s destructive behavior and not taking care of himself.

Officer John Nolan is forced to spend a week in solitary confinement in a quiet border town with a young local officer who is in need of some training. Meanwhile, Sergeant Bradford and Officer Chen discover that looks are deceiving and go undercover together in a possible drug trafficking case.

The team alongside the LA Division of the FBI are in a race to stop bombs that have been scattered throughout the city by a suspected terrorist. The joint task force is suspicious of the CIA’s involvement in the situation.

After rushing his son to the hospital following his collapse, Nolan is reunited with his ex-wife and they must come together to help their son. Detective Lopez discovers "La Fiera" is in the same hospital and wants to find out exactly why.

Officer John Nolan and the team feel they must negotiate with a distraught man who is holding a hospital hostage to ensure his wife receives a lifesaving surgery.

Officer Jackson West’s relationship with his new training officer escalates, and he works with Sergeant Grey to find a solution.

Nolan, Harper and Lopez are assigned to the kidnapping of the son of a criminal court judge who has a long list of enemies who could possibly be involved.

The team responds to the report of a severed hand washing up on the beach and are on the hunt to find its owner. Meanwhile, Tim attempts to prove he isn’t a control freak to Lucy and invites her on a double date with him and Ashley.

Sergeant Grey informs Officer Nolan and Officer Bishop that they are going to have a movie director as a ride-along during their patrol after a fun afternoon granting the wish of a Make-A-Wish kid as honorary police officer Kaydence Patton. Meanwhile, Officer Bradford is tested once again after he learns that his wife, Isabel, has been arrested for drug possession.

Officer John Nolan and Officer Nyla Harper are assigned to a community policing center to help rebuild their station’s reputation in the community. Nolan is determined to make a positive impact but Nyla has her doubts.

Officer Nolan and the LA division of the FBI enlist the help of FBI trainee Simone Clark when one of her former students is suspected of terrorism following an explosion at a local power station.

Nolan and Celina investigate a cash deposit linked to an old DEA case.

Nolan and the team must help capture a cop and his former mentor from the academy after he becomes a fugitive following an assault. Meanwhile, Officer Tim Bradford needs Officer Lucy Chen to learn to predict the moves of criminals in order to capture them.

When a new designer drug hits LA streets, it turns users into “zombies,” and Officer Nolan and the team have a Halloween they won’t soon forget. Back at home, Lucy questions whether her apartment building might be haunted.

Officer John Nolan and Celina witness a shooting, realize the victim was already dead, and investigate further. Back at home, Bailey has been feeling off-center ever since the proposal, leaving Nolan to wonder what he can do to make her feel more comfortable. Elsewhere, Lopez and Harper enlist Lucy’s help to investigate the gang-related murder of a local shopkeeper.

The most dangerous day of the year – Valentine’s Day – has the team on high alert, and Officer Nolan invites everyone over for a party now that he is single.

Officer Nolan and officer Chen report to a structure fire and suspect that there is more to the situation than meets the eye. Meanwhile, after witnessing a sniper shooting, the team searches for the shooter and discovers that the perpetrator has a connection to one of their own.

Nolan and the entire team race against the clock to locate Lopez after she is kidnapped on her wedding day, not only to save her life but her unborn child’s.

The team goes on a city-wide hunt for an individual who is threatening a mass casualty event. Meanwhile, Tim’s sister Genny shows up unannounced with some surprising news, and Lopez continues her inner struggle over Wesley’s deal with Elijah and tries to come up with a plan to get them out of it.

Harper and Nolan respond to a bank robbery in progress and realize the motives of the thief run much deeper than just needing money. Jackson and Chen’s first day riding without training officers isn’t what they thought it would be.