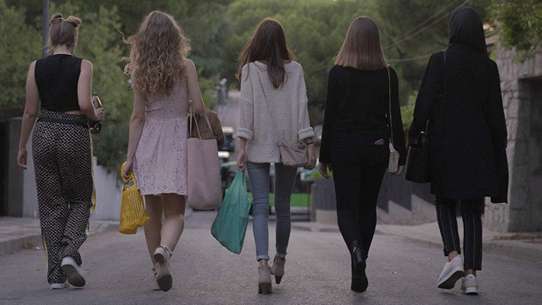 The BEST episodes of Skam Spain

Every episode of Skam Spain ever, ranked from best to worst by thousands of votes from fans of the show. The best episodes of Skam Spain!

Remake of the Norwegian series Skam, this version features a portrait of 16 year olds born since 2000. The themes on which this series is centered are: sexual harassment, feminism, bullying, homophobia, fatophobia or Islamophobia.

The squad finally completes their last day of exams. Cris, Nora, Viri and Eva go through it in distinct ways. After the last exam, Amira has a few things to sort out.

Viri faints because of the stress of exams and Cris takes care of her. Even though Viri assures her that it was low blood pressure, the girls suspect that it's something else. Cris is distraught after her breakup with Joana.

Nora decides to leave Miquel, but he will not accept so easily. Viri finally decides to open up about her financial situation to Hugo and her friends.

Nora lies to her friends about the reasons for not going to the carnival party. Eva tries to get him to be honest, but he doesn't let go. Alejandro, however, is not willing to let go of the Nora he knows and loves without a fight. Nora is feeling worse and worse: she lies to her friends and does things she is not proud of. In contrast, Viri is in high spirits, she is going to have her first date "seriously" with Hugo and she assumes that she is going to be the most romantic in the world. But it won't be quite like that.

Nora doesn't remember anything that happened at her party and, in addition of feeling guilty, she fears that she has done something that she can regret.

The tension between Nora and Eva explodes. Miquel finds out about the friendship between Nora and Alejandro and suspects that he only wants to interfere in their relationship. Nora's birthday is about to fall and, Miquel on the one hand, and Emma on the other, prepare great surprises for Nora. Viri avoids Hugo, convinced that what happened between them at the concert was a slip, an error that will not happen again. But the question is: she's right?

Cris creates a mess at a party and ends up causing a fight. She also meets Joana, a new high school student, and the two girls end up being assigned to do an assignment together.

Cris's family leaves for the long weekend. Cris doesn't feel like going. `Even though she loves long weekend breaks, she can't stop thinking about how Lucas was punched. Is that the life that awaits her if she comes out?

Eva and her friends attend a party to celebrate New Year's Eve. At the party, they run into some of their acquaintances.

Amira confesses to her friends that she's broken up with Dani and they don't seem to understand. She contemplates something that could change everything...

Nora is very nervous about the concert and acting in front of all her colleagues. She and Miquel reconcile and he supports her a lot because he knows her talent.

Amira's feelings for Dani begin to grow while tensions rise with her other friends... it seems no matter what she does she always loses.

Amira feels guilty about almost having kissed Dani. But, on the other hand she starts to wonder if Islam is demanding too much of her.

Miquel invites Nora to see a musical, but she'll be scared by Emma. Meanwhile, Nora has been keeping a secret from Miquel.

Nora doesn't know whether to take the next step in her relationship with Miquel, but she decides to let go for the moment. However, things are not going as expected.

#17 - I'm sure Allah would understand

Amira wants to be honest with Kasim once and for all so as to not lead him on but she discovers something unexpected.

Cris is eccentric after her kiss with Joana, even though she flaked on Amira again. Cris thinks she will be angry, but instead America is upset: she thinks that Cris isn't telling her anything anymore because of her religion.

Dani and Amira decide to tell everyone that they're together. Kasim continues to use Amira as a beard to Dounia and his family.

The party was a disaster, but at least there's some new gossip: what's going on between Eva and Cristian? Eva insists they're just friends, they hook up sometimes and that's all. Nora and Cris find Viri's phone and they give it back to her at her house.

The girls plan their trip to Mallorca when they find out that there is a problem with the payment and they cannot find Viri. The relationship between Nora and Miquel continues to grow bigger.

Cris goes on a date with Ruben, having a debt with him, while she's not sure about doing the school's assignment with Joana. Nora talks to Alejandro.

Eva deals with a series of harassments and an ongoing bullying after all the school finds out she made out with Lara's boyfriend.

Joana overwhelms Cris by constantly asking her to meet up, but Cris keeps flaking: she's afraid to confront Joana after her confession. She doesn't think she's able to be with someone with BPD (Borderline Personality Disorder).

Amira splits her time between Labass club and school. It's becoming more and more clear to her that she has feelings towards Dani but she knows that they would never work together.