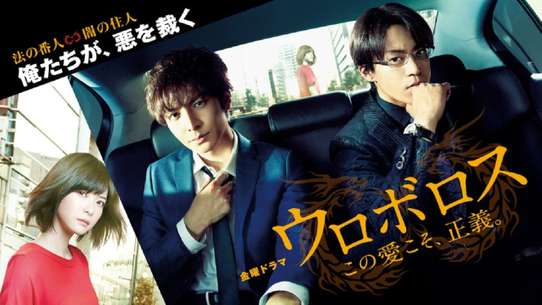 The BEST episodes of Ouroboros

Every episode of Ouroboros ever, ranked from best to worst by thousands of votes from fans of the show. The best episodes of Ouroboros!

"Ouroboros" is an ancient symbol that depicts a snake eating its own tail - meaning infinity. Based on a popular comic, a clumsy detective and a cool gang stand up to true evil. Ikuo and Tatsuya grew up in a children's orphanage together. When their favorite teacher, Yuiko, is murdered, a policeman wearing a gold watch covers up the incident. Ikuo and Tatsuya promise each other to avenge their teacher someday. Twenty years later, Ikuo is a detective in Shinjuku second police station investigating various cases with elite detective - Mizuki, while smart and handsome Tatsuya has become one of the top members of a gang group. -- TBS

#7 - Man with the Golden Watch