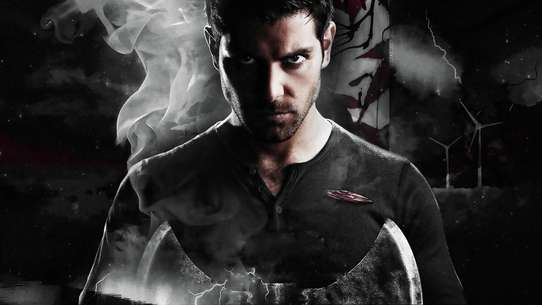 The BEST episodes of Grimm

Every episode of Grimm ever, ranked from best to worst by thousands of votes from fans of the show. The best episodes of Grimm!

Nick Burkhardt thought he prepared himself for the realities of working as a homicide detective until he started seeing things he couldn't explain. Nick's life turns upside down when his Aunt Marie reveals they are descendants of an elite group of hunters, known as "Grimms," who fight to keep humanity safe from supernatural creatures. As Nick digs deeper into her past, he realizes that he will have to shoulder the responsibility of his ancestors.

In the series finale, Nick faces off against his greatest foe yet as it seems no weapon can defeat him. At the Spice Shop, Monroe, Rosalee and Eve search for answers and stumble upon a rare potion that may help the fight. Elsewhere, Capt. Renard and Adalind try to keep Diana and baby Kelly safe as the threat has its eyes set on the children.

Black Claw makes a strategic move against Hank that shocks everyone and sends Nick on a war path. Hadrian's Wall ramps up their investigation as they seek out a mysterious man named Bonaparte. Meanwhile, Adalind and Capt. Renard must learn to deal with their new and very unpredictable reality with Diana.

After Nick learns about Juliette and Captain Renard, he must deal with the consequences. Things get even more complicated when Nick is called to investigate his own crime. Meanwhile, the search for the key intensifies as Captain Renard finds Nick’s trailer and makes a surprising alliance. With Rosalee’s help, Monroe informs Nick that they might be able to stop what’s going on with Renard and Juliette before it goes too far. Elsewhere, Wu responds to a bizarre shooting at Nick and Juliette’s house.

It's Monroe and Rosalee's big day and their joy will only be matched by unexpected heartache for those around them. Nick and Juliette make a startling realization that could shake their relationship to its core. Meanwhile, Adalind proceeds with a delicately laid plan that leads to a catastrophic event that will alter the course of Nick's journey.

#5 - Three Coins in a Fuchsbau

A failed jewelry store robbery results in a murder that finds Nick and Hank immersed in a hunt for rare coins. Nick soon learns that these coins have an unsettling effect on whoever possesses them, as Hank and Captain Renard begin to exhibit unusual behavior. Meanwhile, a mysterious old friend of Aunt Marie’s comes to Nick with information about his family and what led to his parent’s death.

As Nick delves deeper into his life as a Grimm, a trail of grotesque murders reignites the search for the elusive gold coins. The arrival of a mysterious woman in black begins to get in the way of Nick and Hank’s investigation as extra precautions have to be taken to ensure their safety. Meanwhile, Nick’s ability to keep his true nature secret from Juliette comes to a tipping point.

The prophecy that was uncovered comes to pass when a dark force arrives in Portland with its eyes set on Diana. In an effort to protect her, Nick, along with Capt. Renard and Adalind, returns to the scene of his first investigation as a Grimm. Back at the Spice Shop, Monroe, Eve and Rosalee make a discovery that uncovers the origins of the mysterious stick. Meanwhile, Hank and Wu are called to a crime scene that is connected to the gang's greatest threat.

As Hank continues to seek help to cope with the inexplicable sighting he had, an old friend, Jarold Kempfer, needs his help when his daughter goes missing. Nick’s expertise as a Grimm comes into play as he investigates the disturbing motives linked to the disappearance.

Just when things look like they’re back to normal with Juliette, Nick is called to investigate a flurry of rage-fueled assaults happening all over Portland. He goes to Monroe and Rosalee for help battling Portland’s newest wave of "undead." As if that weren’t enough, Captain Renard informs Nick that his brother Eric is in town on family business. Meanwhile, Stefania and Frau Pech methodically use their alliances with Adalind to battle one another.

When an arson case looks to have Wesen origins, Nick find himself reluctantly having to ask an old foe for help. Viktor teaches Adalind the effectiveness of well-played diplomacy. Juliette finds herself in a confrontation sooner than expected.

As Nick delves into the trailer’s weapons cabinet and his inner Grimm, the investigation of a dead construction worker leads him into a long standing conflict in the creature world. Sensing an unfamiliar threat, the suspect takes it upon himself to summon reapers to town to eliminate the Grimm once and for all. Meanwhile, Juliette insists that Nick invite Monroe over for dinner, making for quite the interesting evening.

Eve goes on a mission to take on the mysterious force she saw in the mirror and finds herself in unfamiliar territory. When the gang discovers what she has done, Nick finds a way to join her. Meanwhile, an uneasy alliance is established when Capt. Renard is brought in to help and discovers this all may be connected to the person he cares for the most, Diana.

On the heels of a shocking discovery, Nick is hell bent on getting revenge and taking the fight to the Royals with help from Trubel. Meanwhile, Juliette's alliance continues to lead her down a dark path.

In order to stop the rise of Capt. Renard, Nick devises a plan that will take him out of his element. Adalind and Monroe do everything in their power to keep the plan on track. Meanwhile, Eve and Rosalee race against time to get the spell ready before it is too late.

Nick and Hank investigate a series of murders that lead back to the Wesen Council and a mysterious bounty hunter. Juliette’s meeting with Henrietta brings about more disturbing news than she was expecting. Adalind and Viktor make their way back to Portland.

An unsuspecting traveler brings a blood-sucking legend with him to Portland, and Nick and Hank find themselves investigating the gruesome trail of "El Chupacabra." Meanwhile, Monroe and Rosalee prepare to leave for their long-overdue honeymoon as they are met with more threats regarding their marriage. Elsewhere, Viktor and Adalind decide to take a trip of their own, while Wu decides to confront Nick about what he has been seeing.

While investigating a grisly murder, Nick and Hank get closer to uncovering the identity of the serial killer while Wu's life is put in grave danger. Having turned down Monroe and Rosalee's offer, Juliette solidifies a new alliance as she works to get her revenge. Elsewhere, Trubel makes a surprising return to Portland.

Nick and Hank investigate a cop killer who scalps his victims. Meanwhile, Juliette begins to communicate with Nick's mom via email and Adalind finds herself much closer to delivering her baby than she previously thought. Elsewhere, Monroe's parents decide to surprise him and Rosalee with an early arrival to Portland after learning some exciting news.

Adalind returns to wreak havoc in everyone’s lives and avenge her mother’s brutal death. She has her eyes set on Nick and those closest to him – especially Hank and Juliette. Elsewhere, Captain Renard’s obsession continues to escalate. Meanwhile, a surprise visit at the spice shop gives Monroe more than he ever bargained for.

Nick and Hank are called to investigate a double homicide, and quickly learn the victims were from a special section of the Verrat tasked with finding rare objects pertaining to the Wesen world. Trubel gets involved with a mysterious father-and-son tandem that crossed the country in a desperate attempt to deliver invaluable cargo to "the Portland Grimm." Meanwhile, Captain Renard begins to grow suspicious of Adalind's recent behavior and quietly decides to put extra eyes on her.

Nick is forced into hiding after Captain Renard pins multiple Black Claw deaths on him, making him a wanted man.

After Monroe’s abduction by the Wesenrein, Nick gathers the whole team, including Wu, to track him down and return him to Rosalee. As the search intensifies, Juliette learns more about her new reality as a Hexenbiest.

Monroe, Hank, Rosalee and Juliette track down a manic Nick and do all they can to find him and reverse what's been done to him before he causes any more damage. Meanwhile, Captain Renard does his best to clean up the zombie fallout on all fronts - domestic and international. Elsewhere, the more time Adalind spends with Stefania, the more disturbing things seem to get in her quest to regain her Hexenbiest abilities.

Nick and Hank discover a new kind of strange when they investigate suspects being found dead - for the second time. In Europe, Adalind finds herself in the middle of a feud between Frau Pech and Stefania while working over the details of her pending transaction. Meanwhile, determined to remember every last detail to get things started once more, Juliette insists Monroe share with her Nick’s darkest secret - the world of Grimms and Wesen.