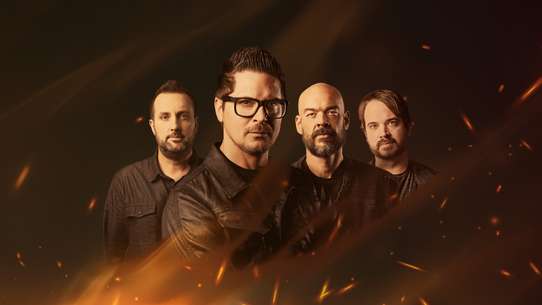 The BEST episodes of Ghost Adventures

Paranormal investigator Zak Bagans and his crew, Nick Groff, Aaron Goodwin, Billy Tolley and Jay Wasley search for haunted locations both domestically and internationally. During their investigations, Zak and crew acquaint themselves with the general area; interview locals about the hauntings; and go face-to-face with the evil spirits who reportedly haunt these locations.

Aaron's father, Don, calls Zak and the crew to his Las Vegas home to investigate threatening paranormal activity. The terrifying apparition of a little girl and a dark, powerful presence a neighbor believes is a witch has left Don scared for his life.

#2 - Bloodshed in the Bordello

Zak and the crew travel to Globe, Arizona, to investigate a former bordello that was a hive of sinful behavior in the early 1900s. Two unsolved murders and a deadly shooting may have been fueled by the dark energy that surrounds the historic building.

Zak and the crew investigate claims of poltergeist activity at a Las Vegas tiki bar. The staff believes a horrendous shooting on the property in 1995 may be responsible for recent sightings of moving objects, flying shadow figures and a ghost girl.

Zak and the crew land outside of Pioche, Nevada, to investigate a mysterious ranch known for its concentration of supernatural energy and countless reports of extraterrestrial activity.

Zak Bagans and the crew check into the desert motel where country-rock pioneer Gram Parsons died in 1973. With help from special guest investigator, singer and social media personality Loren Gray, the team is in for an especially emotional and terrifying night as they investigate the intelligent and sometimes malicious paranormal energy that permeates the property.

Zak and the crew head to a former mining camp in Eureka, Utah, to investigate several haunted buildings. A special guest investigator joins the team for the terrifying lockdown in which an unprecedented piece of evidence horrifies everyone.

Zak and the crew investigate a historic hotel plagued by restless spirits in Eureka Springs, AR. They capture a curtain moving on its own and make contact with Michael, the hotel's most active and notorious ghost.

Zak and the crew travel to the Antelope Valley in Sacramento, California, to confront a demonic entity that's tearing a family apart. Zak believes an exorcism may be the only way to save them from the dark and powerful forces plaguing their home

Zak and the crew investigate the Washoe Club in Virginia City, Nev., for the very last time; a highly personal communication brings the guys to tears, and they experience a chilling exchange with the spirits.

Zak and the crew land in Deming, NM, to investigate a mysterious school situated on land that is soaked with the spirits of the Apache and their violent struggle to keep it from the pioneers during the 1800s

Zak and the crew investigate a former tuberculosis hospital in Gooding, Idaho, that's been converted into an inn. The owners and their staff have been terrorized by whispering voices, ghostly children and the spirit of an angry old man.

The crew returns to Vulture City, Arizona, to investigate after attendees of a paranormal conference were negatively affected by a dark energy in the once booming mining town. Zak Bagans learns that active mining on the site may have unleashed an ancient evil.

Zak and his crew head to Upper Fruitland, New Mexico, to help a family who are troubled by the ghost of a faceless young boy. During the intense lockdown inside the Navajo Nation, the guys capture a chair moving on its own.

The crew lands in Oakdale, CA, to investigate a sinister energy darkening the home of a grieving family. During the emotionally charged and frightening lockdown, Billy and Aaron are mysteriously debilitated and Jay witnesses a door open by itself.

Zak and the crew head to Ontario, California, to investigate a century-old farm ripe with paranormal activity, particularly by a vicious entity known as The Creeper.

Zak and the crew investigate a family-owned pizzeria in Magna, Utah, where an evil witch has cast a spell that has the family fearing for their safety. During the lockdown, the guys try to draw out what's in the basement and get some violent responses.

The Ghost Adventures Crew head to Yuma to investigate the Yuma Territorial Prison, which earned the name Hell Hole due to the intense heat of the location and inhumane punishments dealt to the inmates, such as locking them in the Snake Den. They investigate to try to contact spirits of former inmates who perished in these inhumane conditions.

There is a home so evil in Reseda, California, that it affects all who dare enter it. Inhabitants are becoming drug addicts and many have committed suicide. Zak and the crew struggle to keep their sanity when this dangerous investigation quickly turns into an emotional nightmare.

Zak and the crew investigate reports of a mysterious gray entity haunting an ancient plot of land in West Haven, Utah. They uncover compelling evidence that suggests the paranormal creature originated with a shaman's curse.

Zak Bagans and the team open a terrifying new chapter in Virginia City, Nevada, a haunted town that's kept the crew coming back again and again. This time, they are focusing on two places in town, the Territory Enterprise Building and the Knights of Pythias building. Locals suspect the town's connection to a secret society may have opened a portal to the netherworld.

Zak, Nick and Aaron board the iconic Queen Mary, docked in Long Beach, CA. Once the most luxurious ship at sea, the Queen Mary is now considered one of the most haunted places on earth.

Zak and the crew are back in Virginia City, Nevada, to investigate the dark spirits haunting a historic brewery. A devastating fire and a short stint as a funeral home has stained the building, creating an energy unlike anything they've encountered

Zak and the crew travel to Yuma, AZ, to investigate a series of mysterious attacks inside a former casino with a shady past. The intense lockdown reveals a childlike entity with a dark, sinister presence roaming the building.

A return to Virginia City, Nev., to investigate two properties once owned by the legendary mining tycoon John Mackay. An intense lockdown for the crew is highlighted by Jay being pushed down a flight of stairs; and Zak and Billy encounter a spirit that causes a lightbulb to explode.

Zak and the crew return to Tooele, Utah, to investigate a recently abandoned nursing home that shares the same building with a haunted attraction that was in operation during their original investigation of Tooele Hospital in 2011.