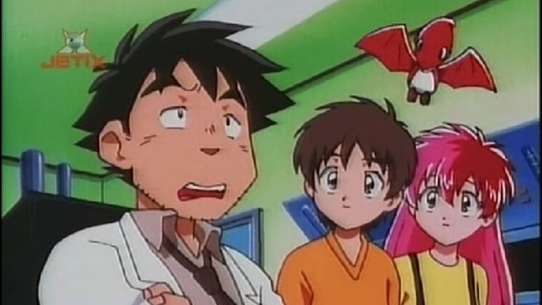 The BEST episodes of Flint the Time Detective

The show is centered around the adventures of Flint Hammerhead, the "Time Detective", a boy from the prehistoric era who was resurrected from a fossil and became a Time Detective, although his competency as a detective is dubious. Much like Inspector Gadget, much of the heavy thinking is done by Flint's friend, Sarah and Tony Goodman who accompany him on his adventures. Flint, however, pulled his weight in battle, when he would fight with the aid of his father Rocky Hammerhead, who had also been partially resurrected from a fossil (however, his resurrection was not completely successful, leaving him as a sentient rock with a face; all he could do was talk). He was fashioned into a hammer for Flint, who, in addition to being a sturdy weapon, could give him sage advice in and out of combat. Flint's job as a Time Detective was to go back in time and convince a race of time-shifters to ally with him to protect the timeline.