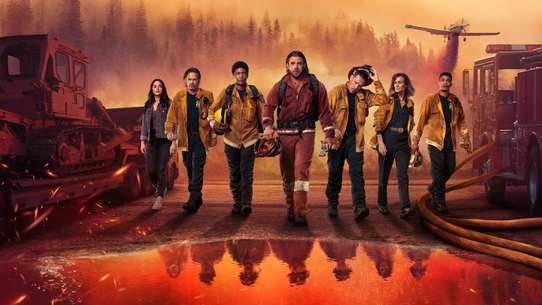 The BEST episodes of Fire Country

Bad choices don’t make a bad man. At least that’s what Bode Donavan’s been told. Midway through a five-year prison stretch, he’s been trying to convince himself of it, too. He gets the chance to prove it, signing on to an unconventional prison-release program: in exchange for reduced sentences, convicts are paired with firefighters battling Northern California wildfires. The heat is turned up when Bode’s assigned to the program in his rural hometown, the place where all his troubles began.

When the crew responds to a call in a remote forest, they come under fire by an outlaw protecting illegal marijuana crops.

Five years ago, Bode burned down everything in his life, leaving town with a big secret. Now he's back, with the rap sheet of a criminal and the audacity to believe in a chance for redemption with Cal Fire.

#3 - The Fresh Prince of Edgewater

After Bode requests to be transferred to a different city, his future in Edgewater hangs in the balance. Meanwhile, the crew joins forces to protect the town from a treacherous storm.

The crew engages in a search and rescue mission after a building collapses and Division Chief Sharon is forced to make a gut-wrenching decision.

After a hiker falls from a steep cliff, Bode and Jake put aside their differences to make a daring rescue. Also, Sharon reveals devasting news to Bode.

A vegetation fire gets complicated for the crew when a panicked horse refuses to evacuate a burning barn. Meanwhile, Vince’s brother Luke, the Cal Fire communications director, makes a surprise visit in town.