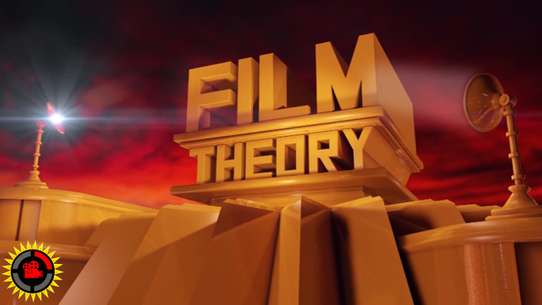 The BEST episodes of Film Theory

Every episode of Film Theory ever, ranked from best to worst by thousands of votes from fans of the show. The best episodes of Film Theory!

In each episode of Film Theorists’ main series, Patrick dives into a specific work and sheds light on elements that less careful consumers may have missed. Despite the channel’s title, it isn’t limited to movies; instead, Patrick is taking on all sorts of pop culture franchises, including Game of Thrones and Harry Potter.

#1 - LEGO Batman vs DC Batman - Who's The Strongest Batman?

The have been a LOT of Batman movies and with those come many different versions of the character. From Tim Burton's cringy armor to the Justice League's Batfleck, we've run the gamut on the caped crusader. Today though, we are going to find out which of these "Batmen" are the strongest Batman of all. To do that we are going to need to compare our top contenders - Lego Batman and the good old Dark Knight himself, Batman from the Christopher Nolan movies. Why these two? Who will be crowned the best Batman in town? Let's find out!

This theory is 100% SPOILER FREE and does not reference any leaked information. The biggest superhero movie in history is almost here - Marvel's Avengers: Endgame! We've been building to this for YEARS! The biggest question that is plaguing us all is - who will NOT survive to the end? Honestly, the fear is real fellow Theorists. All of our favorite Avengers are on the chopping block. From Iron Man and Captain America to Thor and Black Widow - no one is safe! Today, I am predicting who will live and who will be making friends with the Grim Reaper.

The Toy Story franchise holds a special place in the hearts of many Pixar fans. Now that we are getting a fourth movie, I had to go back and rewatch the other three and I noticed something tragic during the incinerator scene. No, not just the idea that the characters I love were going to perish but the fact that, if you watch all the movies very closely, you notice that the toys are pretty much immortal. Look at Sid's toys: They were mangled and manipulated to the point where you could barely see what they originally were, yet they were STILL ALIVE! Theorists, there is a haunting truth hiding in this beloved children's story.

A little while ago I was told to check out a mysterious YouTube channel called Local58. So, I did. What I found was a creepypasta like story told in fragmented pieces in using footage from a "local news station". Theorists, I am hooked! Today we are going to figure out what is going on in the creepy world of Local58!

In Marvel's Avengers Endgame we learned that Captain America is worthy of Thor's hammer, Mjolnir. That is a BIG revelation and it made me wonder - who else is worthy? The scene in Age of Ultron made it seem like no one else was worthy but I believe that over the course of the last few film, that answer is no longer correct. Who is worthy? Time to find out!

We've explored a few of the creepy Youtube Channels around here like Salad Fingers and Local58. Today, I want to dissect a new favorite of mine - HiImMaryMary! These videos started popping up about 3 years ago and have sporadically appeared since. Mary is a girl who wakes up to find herself trapped in a house she can't escape in a world that is empty... except for some doggy characters that torment her day and night. There is more here than a normal haunting and I am going to piece it all together!

This year we are getting a seemingly brand new take on the classic Batman villain, the Joker. This version stars Joaquin Phoenix as a failed comedian named Arthur Fleck - a new name for the old character. People are saying it's a whole new origin story for the Joker and I think that's true... but maybe not in the way most people are thinking. I think this Joker is not actually REAL! What do I mean? You're about to find out!

#9 - Can You SUE a Superhero? (Disney Pixar's The Incredibles)

Here's a superhero question - if someone doesn't want to be saved, what happens when you save them? That's what happened to Mr. Incredible in the first Incredibles movie and we never got a good answer. Today Loyal Theorists, we are figuring out if you can LEGALLY sue a superhero for saving you.

Thanos - the big bad with a tragic past. We've talked about him a LOT on this channel, except we've missed one BIG mistake. Possibly the biggest mistake Thanos made the ENTIRE movie! He put all his power into a single snap but that metal gauntlet COULDN'T SNAP! That's right, Marvel made a big no no and I am here to set them straight!

DEATH NOTE is my favorite anime series by a long shot, and that's because it really puts me in a moral quandary. Is KIRA a hero after all he's done? Can we consider it justice when the number of people he's murdered is more than the total number of Japanese convicts? Well Loyal Theorists, in this episode, I dive into the math in order to bring these questions to the surface for you!

With the state of the world at the moment, there is a lot of mystery surrounding what the world's new normal is going to look like. What businesses will make it, what ones won't. One that looks poised to go under and likely not survive is your local movie theater. You see, in a world of streaming, direct to home releases priced like a theater ticket, and the possibility of large scale gatherings being put off for longer yet - it's not looking good. Will movie theaters survive the pandemic? Well, let's talk about it.

#13 - How Disney+ is DESTROYING Streaming

With the addition of Disney+ to the already crowded market of Netflix, Hulu, Apple Tv, and SO MANY other, we've come to one big question. Who will WIN the Streaming Wars? You see Theorists, with such a saturated market the bubble is going to burst - and it won't be that long from now! In the aftermath, who will be crowned the king of streaming? Did one come to mind? WRONG! You see, no one is going to win - not even the viewers. Why? It's a familiar story..

Most people are familiar with the iconic television game show, Jeopardy. Trivia enthusiasts and more gather around to prove that they are the smartest at recalling random facts. Now, I love Jeopardy and I've always wondered what it takes to be a champion. Do you have to be a genius or can you... work with the system? Today Theorists, we are diving into the strategy behind one of Jeopardy's best champions. Alex Trebek is not ready for this!

#15 - Joker Is The Hero of Gotham (Batman The Dark Knight)

We've been talking a LOT about the Joker lately, but today we are shifting focus to a different version of our smiling bad guy. The Heath Ledger version of the Joker from Christopher Nolan's Batman movie, The Dark Knight. I rewatched it recently and started to wonder, have we misunderstood this story the whole time? Could the Joker actually be the HERO of Gotham City, not Batman? We shall see, Theorists!

#16 - Spongebob and the Secret Under Goo Lagoon (Spongebob Squarepants)

Spongebob is a gift that keeps on giving. There is so much to explore in Bikini Bottom and its residents that I had to do another episode. Today we are focusing on the episode "It Came From Goo Lagoon". What is going on beneath the surface of this lagoon under the ocean and why is Sandy so afraid of it? The bubbles that come from it are WEIRD and I need to know WHY! Put on your scuba gear Theorists, we are diving deep for this episode!

#17 - The CORRUPTION of Superman

Superman, a hero of integrity and good morals. Right? WRONG! You see, good guy Clark Kent is working for a corrupt corporation. The Daily Planet. They want us to think they are a great news source, but I don't trust it! Theorists, today we are going to find out if Superman and his coworkers have been feeding us LIES!

So you found a Golden Ticket to Willy Wonka's Chocolate Factory - now what? You avoid being made into candy, blown up like a blueberry, or any other horrible consequence of being a bad kid. What is your reward? Fame, glory, immense riches? HA, SUCKER!! You are now the proud owner of a failing business and a pile of lawsuits! Today Loyal Theorists, we are delving into the genius business moves of Willy Wonka!

You read that right! Thanos' big plan for the Infinity Stones wasn't crazy! It was awful, sure, but maybe we were to quick to call it WRONG. Today Theorists, I'm playing Devil's Advocate as we try and figure out if Thanos' plan would SAVE US ALL!!

The Walking Dead may not be the biggest threat to Rick and his posse. In fact, it may be themselves and the way they handle their guns. I'm almost positive that over time Rick and the others have suffered severe hearing damage, which explains why those walkers have such an easy time sneaking up on them. Fear the Walking Dead. But fear hearing loss even more.

For this episode of Film Theory, we partnered with Fox so we could talk about their new Frankenstein movie, Victor Frankenstein. Thanks to Fox for their help with this episode!

Think you know the Matrix? Weren't even born when the first Matrix movie came out? Either way, you probably know this world-is-a-computer-simulation sci-fi series by its slo-mo bullets, screens full of green text, and a whole lot of Keanu Reeves making his "serious face." What you might NOT know about the Matrix is that the main character, Neo, is not actually the savior of the world and acts is actually just a pawn throughout the entire series meant to throw off you and almost everyone else in the movie. But that begs the question: If Neo isn't the ONE, who IS?

DEADPOOL is a beloved and familiar Marvel character. In fact, he brings to mind another self-aggrandizing American mercenary. That's right, Deadpool is eerily similar to the real-life author AND canon Marvel character, ERNEST HEMINGWAY! I'm aware that this sounds crazy, but in this episode, I will PROVE that Deadpool IS (maybe) Ernest Hemingway!

DEADPOOL is known for breaking the fourth wall in both the comics and the movie. In fact, his jokes get so meta that it’s hard to catch them all. Sure, there are the obvious ones where he talks to the camera, but there is so much more than that going on! In this episode, I PROVE that the Deadpool movie contains a HUGE Meta-joke that went entirely unnoticed by all of us…Until Now!