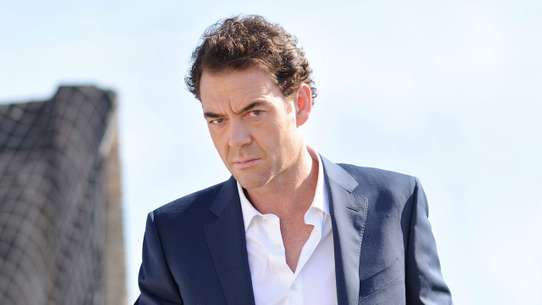 The BEST episodes of Falcón (UK)

Every episode of Falcón (UK) ever, ranked from best to worst by thousands of votes from fans of the show. The best episodes of Falcón (UK)!

Javier Falcón is a Chief Inspector in the Seville police, a brilliant detective whose personal and professional life is compromised by dark secrets from the past in this ambitious and complex new series. Falcón himself is a complex and layered character, with a psychological darkness which mirrors the brutal darkness which surrounds him in Seville. An innately sexual and charismatic character, Falcón is forceful and focussed, happy to ignore the distinction between the law and criminals and embrace his own flaws and addictions when he has stuff. The hidden side of Falcón’s personality is matched by the darker, more visceral side of Seville; a dark and brutal place which lurks behind the creative and vibrant façade of the city. Set and filmed in and around Seville, the drama will show viewers a side to the city which they are unlikely to have seen before; Falcón’s Seville is shadowy, atmospheric but with a dynamic vibrancy and life.

As the Chief Inspector tries to uncover the dark secrets that are key to finding the truth behind the multiple suicides, his enemies resort to extreme measures to prevent the truth coming out. However, threats to his leadership and revelations from the past tip him over the edge as he seeks solace in ever-increasing drug use.

While the city of Seville celebrates Holy Week, a successful restaurateur is bound, gagged and tortured to death. The crime scene suggests he was forced to watch a film as he suffered, but Chief Inspector Javier Falcón appears more interested in an old photograph of his father in the businessman's home. As the investigation progresses, the detective finds himself drawn to the victim's widow and prime suspect Consuelo, and discovers the truth about his family's involvement in the Spanish Civil War.

Falcón investigates a number of suicides among Seville's city high-flyers. Doubting the authenticity of the evidence, Falcon finds his life in danger when he discovers the dark secrets and lies that have played a part in the deaths.

Falcon becomes convinced Consuelo is innocent and that the guilt lies elsewhere. After receiving a stream of diary excerpts from an anonymous source, the detective uncovers the existence of a cabal devised by his father - which also included the murder victim.