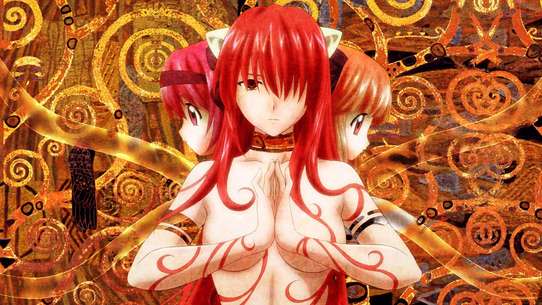 The BEST episodes of Elfen Lied

Every episode of Elfen Lied ever, ranked from best to worst by thousands of votes from fans of the show. The best episodes of Elfen Lied!

The diclonius, otherwise known as a two-horned human, are mutants of the human species, and may well be the next step in human evolution. The diclonius have horns and strong telekinetic powers represented by "vectors". However with this great power, they can easily destroy the human race. Fearful of their power, humans quarantined the diclonius into secret research facilities to study. However, in a freak accident, a enraged female diclonius escaped, killing many guards in the process. While escaping, she is shot in the head, and falls into the ocean. As a result she has waves of amnesia. Later, she washes ashore. There, she meets two people named Kouta and Yuka, who name the female diclonius "Nyuu", after the only word she can say. They decide to watch after her, but of course, the research facility can't have this, and begin trying to retrieve her by any means necessary.

Yuka informs Mayu of Kouta's past. Meanwhile, Lucy and Mariko find each other and face off in a fight. Now, Nana and Kurama have to find Mariko because Kurama needs to kill her...

Mariko is torturing and playing with Nana like an insect while Kouta runs to her to protect her. Mariko temporally looses her vectors, thanks to Nana, and has to be sent back. Nyuu follows Kouta, but when the soldiers start to shoot at her she turns into Lucy. Seeing the bloodthirsty Lucy, Kouta recalls everything...

More of Lucy's past is revealed: Her meeting with Kouta, their friendship that will end in tragedy, and the reason why Lucy became the killer she is today.

With new, stronger hands, Bando searches for Lucy hoping to gain revenge. But, Lucy is still missing, because after killing Professor Kakuzawa, she runs away again. Kouta and Yuka set out to look for her, but cannot find her.

After Lucy is knocked out by Nana Kouta tends to her. She sleeps and relives her childhood in a dream, revealing many things about her. Meanwhile, Nana tells Mayu about Lucy and the diclonius and Arakawa is called in to work for Director Kakuzawa...

After alerting the soldiers and Kurama to Lucy’s whereabouts, Nana confronts her and the two begin to fight in a cemetery. Can Nana hold Lucy off long enough for Kurama and the others to arrive? Meanwhile, hearing loud noises in the cemetery, Mayu stumbles upon the two fighting.

Number 35, Mariko, is released and immediately kills the soldiers around her. The professors, who were prepared for this, set off one of the explosives inside her, destroying her arm. Later, they fly her to where Nyuu and Nana are. Meanwhile, Nana is enjoying living in the inn but Kouta tells her she needs to work as well. Things seem to be going as peaceful as it can get... but how long with the peace last?

Mayu’s tragic past is revealed. She remembers back to when she ran away from home. At school, Yuka and Kouta’s new professor is none other than Yu Kakuzawa, Chief Kakuzawa’s son. He instantly notices Nyuu as Lucy and tricks Kouta into handing her over to him.

After fighting, Bando and Nana realize that they are allies and not enemies. Nana agrees to bring Lucy to the beach when she senses her. Meanwhile, at the temple, Mayu meets Nana. The two become friends and Mayu agrees to bring Nana back to her house for food.

Lucy and Nana start to fight, but Mayu stops them and Lucy turns back to Nyuu, hugging Kouta and telling him she likes him. Later, Kurama's past is revealed and so is more about the dicloniuses.

An unknown girl with invisible hands, or vectors, and telepathic powers escapes from a secret facility. The next day two cousins, Kouta and Yuka, find her. But she is different from before. She can only say one word, nyuu. Not knowing anything about her, the two cousins take her in. Kurama, the head scientist from th efacility where she escaped, has sent a merciless man, Bando, after her. With Bando tracking Nyuu, and Nyuu herself, will Kouta and Yuka be safe?

After breaking Kouta’s seashell, Nyuu runs way. Kouta finds her later at the beach, but he isn’t the only one. Bando and Satou, two members of the SAT who are after Lucy, are there as well. With Lucy acting more like an animal than a murder, does she stand a chance against the cold-hearted Bando?

It’s the calm after the storm... but the calm won’t last long. Kurama and the secret facility are sending two people after Lucy. One is the newly healed and stronger Bando. The other is a diclonius just like Lucy. At Kouta’s house, Yuka and a homeless girl named Mayu talk about the events that happened two nights ago at the beach. All of a sudden, Nyuu slips and falls. She bangs her head and Lucy awakens inside of her. Will Kouta and the others be safe with the murderous Lucy in their house? And will Lucy stand a chance against a fellow diclonius?

Dance in the Vampire Bund