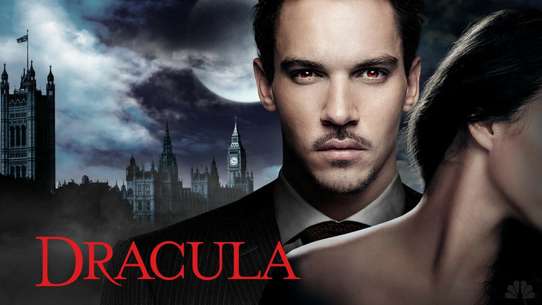 The BEST episodes of Dracula

Every episode of Dracula ever, ranked from best to worst by thousands of votes from fans of the show. The best episodes of Dracula!

It's the late 19th century, and the mysterious Dracula has arrived in London, posing as an American entrepreneur who wants to bring modern science to Victorian society. He's especially interested in the new technology of electricity, which promises to brighten the night - useful for someone who avoids the sun. But he has another reason for his travels: he hopes to take revenge on those who cursed him with immortality centuries earlier. Everything seems to be going according to plan... until he becomes infatuated with a woman who appears to be a reincarnation of his dead wife.

Harker learns Gen. Shaw isn't the hero he pretends to be; Van Helsing's first test with the solar serum is a failure; Davenport's people abduct Renfield; when Grayson dances with Mina at her engagement party, their feelings are revealed.

While Mina recovers, Harker decides to join the Order of the Dragon; Browning searches for his children; Lady Jane gets ready for the ultimate vampire hunt.

Grayson is intoxicated by his invulnerability to sunlight; Renfield is sent to Budapest; Harker realizes he was manipulated.

A public demonstration of Grayson's technology has terrible consequences; Lucy joins the undead; Van Helsing's revenge against Mr. Browning and Lady Jane leads to a confrontation with Grayson; Mina discovers the secret of Grayson's love.

#6 - From Darkness to Light

Browning hosts a board meeting in the sunlight in an effort to expose Grayson; Grayson and Van Helsing acquire a vital component for the wireless electricity technology; Mina and Harker advance their relationship.

Grayson and Lady Jayne become lovers as he looks into her connections; Grayson helps Mina face a challenge; Jonathan strikes a bargain that has unexpected consequences.

Alexander Grayson becomes drawn to a woman who looks like his dead former love, while her fiance, Harker, worries about his ability to give her the life she deserves.