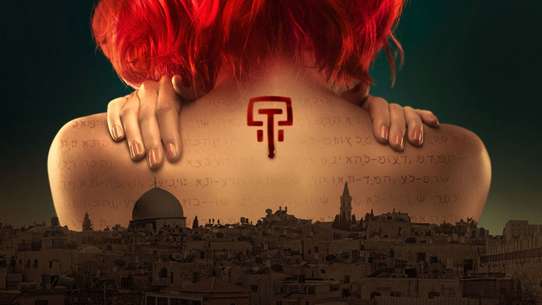 The BEST episodes of Dig

Every episode of Dig ever, ranked from best to worst by thousands of votes from fans of the show. The best episodes of Dig!

When FBI Agent Peter Connelly, recently stationed in Jerusalem, begins investigating the murder of a young American, he realizes that he’s uncovered an ancient international conspiracy that threatens to change the course of human history. Certain that the dangerous prophecy is nearing fruition, Peter must race against the clock to unravel its mystery. From a remote farm in Norway, to an enigmatic compound in New Mexico, to the serpentine tunnels of Jerusalem, he searches for the truth, the revelation of which will shake the world's beliefs to its very core.

Peter turns to Golan for help after a breakthrough in the Emma Wilson case; Ridell pressures Lynn to get Peter out of the country; and Debbie has to make a dangerous trade with Tad Billingham if she hopes to avoid bloodshed. In other events, Rabbi Lev and a new partner head to the underground tunnels to carry out their mission.

An ancient religious sect is ready to enact its plan; Peter partners with unlikely allies; Lynn realizes the depth of the conspiracy while investigating Ridell; Golan tries to crack more clues from the Donaldson case; and Avram moves to protect his valuable asset.

Lynn suspects that there may be a mole at the consulate; Margrove and Peter both head to a convent, but they have different goals; and Debbie returns to the compound seeking vengeance.

Cohen arrests Emma's suspected killer; Peter makes a startling discovery; Avram and the red heifer are kidnapped in Croatia; and Billingham tries to prevent Debbie and Josh from exposing his secrets.

Peter's pursuit of Khalid dead ends; and he and Cohen follow clues found in Emma's journal. In other events, Debbie takes Josh for an unauthorized outing; and Avram continues his journey to Jerusalem.

Peter searches for the murderer while also pursuing Yussef Khalid; and forms an uneasy alliance with Det. Golan Cohen while dealing with an unexpected revelation. In other events, Avram begins his journey to Israel with the red heifer; and Billingham and his disciplines prepare Josh for a life-changing event.

Peter races to stop the Order of Moriah's plans of destroying the Temple Mount.

Peter's discovery of an ancient coded secret leads to a race to find the final stone; Debbie faces the consequences for her attempted kidnapping of Josh; and Avram is shadowed by a deadly assassin.

In the premiere, FBI agent Peter Donnelly unearths an international mystery while investigating the murder of a young American in Jerusalem.

Peter delves into Emma's past, which leads to the discovery of a long-hidden, ancient symbol; someone from Debbie's past attempts to rescue her; and Lynn's life is put in jeopardy.