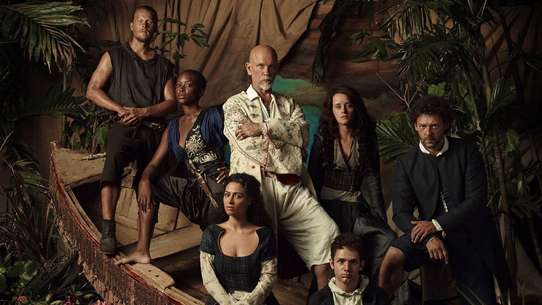 The BEST episodes of Crossbones

Every episode of Crossbones ever, ranked from best to worst by thousands of votes from fans of the show. The best episodes of Crossbones!

It's 1715 on the Bahamian island of New Providence, the first functioning democracy in the Americas, where the diabolical pirate Edward Teach, a.k.a. Blackbeard, reigns over a rogue nation of thieves, outlaws and miscreant sailors. Part shantytown, part marauder's paradise, this is a place like no other on earth - and a mounting threat to international commerce. To gain control of this fearsome society, Tom Lowe, a highly skilled undercover assassin, is sent to the buccaneers' haven to take down the brilliant and charismatic Blackbeard. But the closer Lowe gets, the more he finds that his quest is not so simple. Lowe can't help but admire the political ideals of Blackbeard, whose thirst for knowledge knows no bounds - and no law. But Lowe is not the only danger to Blackbeard's rule. He is a man with many villainous rivals and one great weakness - a passionately driven woman whom he cannot deny.

Crew loyalty is tested as Blackbeard sets sail and spins his endgame in motion. On Santa Compana, Tom Lowe receives a startling request from Kate.

Lowe plots to kidnap Blackbeard and deliver him to the English authorities, believing this to be the only way to save the people of Santa Compana from the mad wrath of William Jagger. Meanwhile, Jagger visits an insane asylum, believing a patient there will be the key to finally defeating Blackbeard.

Fire rains down on Santa Campana as Blackbeard risks all against William Jagger's maniacal attack. Lowe must choose between saving the people he loves, the man he admires, or... the legacy Edward Teach has built.

With few alllies left in Santa Compana, things take a turn for the worse for Lowe when Nenna’s plans for escape puts him in her deadly crosshairs. Meanwhile, Balfour makes an unexpected alliance that could cost both him and Lowe their lives.

#5 - The Man Who Killed Blackbeard

When Kate is captured on a trading voyage, Blackbeard and Lowe must work together in order to rescue her before she reveals the island's whereabouts to William Jagger. In the process, Lowe discovers that Blackbeard has an ulterior, deeply personal motive for keeping him on.

Lowe plans to kidnap Blackbeard and take him to English authorities, hoping the move will save the Santa Compana people from the unhinged wrath of William Jagger. Meanwhile, Jagger searches for the key to triumphing over Blackbeard.

Having learned of Blackbeard's plans to attack innocent civilians in Jamaica, Lowe devises a way to report back to his spymaster, William Jagger. But having done so, Lowe discovers that Jagger might be an even greater madman than the Commodore. The time has come to make a choice between two evils. Which way will he jump?

Blackbeard's plans are complicated when a popular Pirate Captain comes to town and violently disagrees with his grand design. For his master plan to survive, Blackbeard must weigh the risks of ridding himself of a dangerous old friend. Meanwhile, trying to gain insight into the Commodore's mysterious endgame, Tom Lowe finds himself an unlikely instrument of Blackbeard's will.

The Longitude Chronometer, a device that will change the world, is stolen from HMS Petrel by pirates working for the legendary but supposedly long dead Edward Teach - better known as Blackbeard. On board the Petrel is Tom Lowe, an English spy working undercover as ship's surgeon. Lowe's mission is to prevent the Chronometer from falling into the hands of pirates... and if the opportunity should arise, to assassinate Blackbeard.