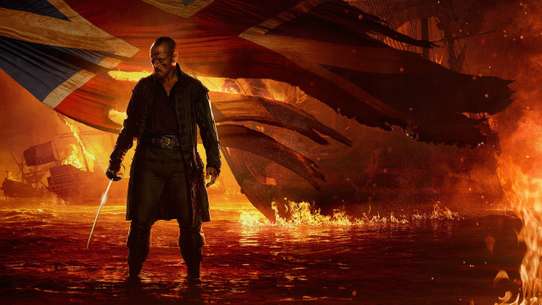 The BEST episodes of Black Sails

Every episode of Black Sails ever, ranked from best to worst by thousands of votes from fans of the show. The best episodes of Black Sails!

"Black Sails" is a pirate adventure that centers on the infamous mythos of Captain Flint, who has a reputation throughout the West Indies as being the most brilliant, most feared of all the Golden Age pirates. It's 1715, and as Flint fights for the survival of New Providence Island, a debauched paradise teeming with pirates, prostitutes, thieves and fortune seekers. In the wake of threats from British and Spanish forces, he aligns himself with Eleanor Guthrie, daughter of the local kingpin, to hunt the ultimate prize and ensure his people's survival. But standing in the way are rival captains, Eleanor's intrusive father, and perhaps the bigger obstacle of all: John Silver, a young, fast-talking, authority-flouting sailor recently added to Flint's crew.

Rogers and his forces come for the pirates. Rackham and Bonny face impossible odds. Silver demands answers from Flint. Billy crowns a king.

Eleanor puts everything on the line to save Rogers. Billy recruits allies. Flint and Silver prepare for war.

Max has a run-in with the law; Rogers reckons with the past; Flint and Madi come to an understanding; and Long John Silver returns.

Flint and Miranda come to grips with their past. Bonny makes clear her intentions to Rackham. Vane collects a huge prize. Eleanor issues a declaration of war.

Silver and his men hunt for Flint on Skeleton Island. Madi receives an offer. Billy casts his lot.

The hunt for the Urca begins. Things change for Eleanor. Bonny and Rackham are haunted by their past sins.

Flint and Silver return to Nassau, and a legend is born. A change in terms put Rackham and Bonny in jeopardy. Vane's mission evolves. Eleanor confides in Rogers.

Rogers comes under attack while moving a prisoner. Violence erupts on the Walrus. Silver and Madi are put to a test. Billy sees a new role for himself in the coming battle.

The invasion of Nassau results in catastrophe, while Teach and Rackham look to avenge the death of Charles Vane and Eleanor gets acclimated to her new role.

Stranded at sea, Flint pushes Silver to his limit. As Nassau prepares to repel an invasion, Rackham takes the reins, while Max gets her house in order. To stave off defeat, Vane makes a difficult choice.

Flint and his crew wage war against the world. Eleanor receives an offer of clemency. Vane objects to Rackham's methods. One of Nassau's most notorious returns.

Flint and Miranda prepare for the worst. Silver has his eyes opened. Eleanor discovers Max's secret. Vane makes his move.

Civilization returns to Nassau, and sets its sights on Vane. Flint, Silver and Billy encounter a new enemy. Rackham takes a stand against his crew. Scott finds his place in the new regime.

The Walrus crew battles the elements. Teach and Rackham have a disagreement. Rogers and Eleanor set terms for their partnership. Bonny fears for her future with Max.

Flint gives in to Billy's authority; Eleanor has a plan for Rogers; Silver turns to an unlikely source for help; Max is put on notice.

Flint returns to Nassau and encounters a dilemma; Eleanor turns to an unlikely source for help; Rackham works to restore his reputation; Vane gets an unexpected prize.