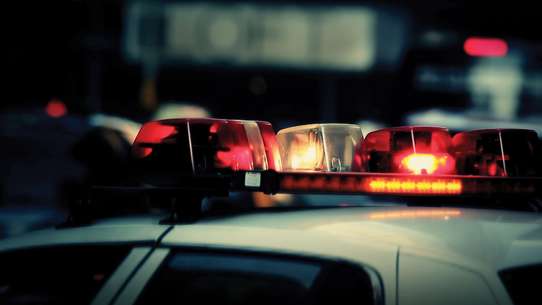 The BEST episodes of Cops

Every episode of Cops ever, ranked from best to worst by thousands of votes from fans of the show. The best episodes of Cops!

COPS is one of the first (and only) true and UNSCRIPTED reality shows, it follows the activities of police officers by embedding camera crews with police units. The show’s formula follows the Cinéma vérité convention, with no narration or scripted dialog, depending entirely on the commentary of the officers and on the actions of the people with whom they come into contact. COPS has followed officers in 140 different cities in the United States and also has been shot in Hong Kong, London, and the former Soviet Union. Each episode is approximately 22 minutes in length and typically consists of three segments, with each segment being one or two self-contained police incidents.

An officer stops a vehicle for a missing tail light and quickly discovers the driver is hiding a jar of methamphetamine.

(Pierce County WA - 1:43 AM Public Disturbance Call) South Hill Precinct – Deputy Patrick Davidson works the beat area where there’s not many cops, but lots of tweakers and dopeheads. He goes to a hotel on the call of Tim who is really wasted in Apt 21. When Pat arrives Tim takes off and is caught around back. Deputy Eugene Abaun assists. Tim ran because he thought they were trying to hit him, so he threw everything. He was high on coke and was going out to score. He’s been awake for 4-5 days, is barefoot, can’t walk because he has football feet. He’s not on probation, on bond. He’s done coke all day since he was 26 years old. He doesn’t deal, lost his pipe and is bi-polar. The landlord wants him out. Christine can drive him away because it’s not a crime to be high. So they let him go. The owner says he was wandering up and down knocking on doors last night. He told him to stay inside and wants him out tomorrow. He throws his stuff in a garbage bag and leaves. Santa Ana, CA – Officer Garry Caruso grew up around police since his dad was a cop. He saw it, heard stories and it sounded like fun. He wasn’t pushed into it. (1:38 AM Street Patrol) They drive an unmarked car into a known gang alley where they go to do and sell drugs. They go after a white El Camino with guys inside and catch them. The driver, Kevin, is an old white guy. The passenger is a young Hispanic. They go to pull the young guy out and he tries to swallow the drugs and they choke it out of him and cuff him. Officer Mary Campuzano was first on the scene. Kevin is on parole for a possession charge in 1998. He was going to pick up a girl named Shasta and the young guy just got in his car because he needed a ride. He saw he had drugs and he told him to get rid of them. Both go to jail. Las Vegas – South East Area Command - Officer Gibron Smith loves Vegas, but it gets hot – over 110 degrees and stays like that for months. It gets real hot on 4 hours of calls outside of your car. Sg

A suspect ditches a stolen bike and flees into the Arizona desert; officers find an intoxicated stripper on a hallway floor.

Spokane, WA - Officer Daniel Waters responds with other officers to a shoplifting call inside a 7-Eleven convenience store. Jacksonville, FL - Officer Jamie Eason pulls over a car for a traffic infraction after it was seen leaving a know drug house. Philadelphia, PA - Officer William Toughill respond to a domestic disturbance at an apartment involving a woman who slashed another with a knife.

Police respond to a domestic disturbance call and find a man who says he fears for his life because his wife is a belligerent, violent drunk.

Stories are from Gwinnett, County, Ga, Las Vegas, Nv, Travis County, Tx and Atlanta, Ga. A backpack full of drugs is found during the arrest of suspects in an area known for heroin deals.

When Detective Jason Lando of the Pittsburgh, PA, Bureau of Police investigates suspicious activity in a parking lot frequented by drug users and prostitutes, the parked driver claims to be waiting for her daughter. As the investigation continues, officers recognize the driver’s daughter as someone they encounter frequently. The shaky young girl is found with drug paraphernalia and the situation becomes very emotional as she is detained in front of her mother. On the other side of the country, Sgt. Tom Jenkins of the Las Vegas, NV, Metropolitan Police Department stops a young female behaving suspiciously on the legendary Las Vegas strip. After the female suspect lies to Sgt. Jenkins, she eventually breaks down and admits to working the streets. Another segment features Officer Derek Bishop of the Spokane, WA, Police Department, responding to a call where a female suspect claims to be hitchhiking. Although she was ticketed several weeks before for prostitution, she maintains her innocence. When officers begin to question her credibility, some arresting surprises surface and the suspect attempts to bargain with officers.

An extremely understanding cop gives a resistant suspect too many chances. A driver reminds us why we should never let a friend borrow our car. A man with a supped-up vehicle tells an awful lie to police.

Officers must use a stun gun to break up a fight outside a bar; a routine traffic stop finds marijuana.

From Gwinnett County, GA; Las Vegas, NV; and Travis County, TX. Stories include a fight in progress call; a family dispute; and a car stop reveals a large quantity of marijuana.

A jaywalker darts on a mad dash through the weeds; things go badly for a suspect on a stolen motorcycle when choppers help officers track him down; a domestic dispute leads cops to a slew of unexpected crimes.

A car chase in Pittsburgh ends badly; a nude female victim in Spokane.

Stories include a fight call, police respond to a theft call as students attempt to steal a hotel's fake flamingo, and a prostitute is arrested during a traffic stop.

The Boynton Beach, FL, Police Department conducts an undercover operation involving a woman who has allegedly hired a hit man to kill her husband. While posing as the hit man, an undercover officer has a candid conversation during which the woman details the situation. Following the conversation, the police department sets up a mock-crime scene so that when the suspect arrives home, she will think that her plan has been completed. To her surprise, she is taken into custody by the police and eventually arrested for solicitation of first-degree murder

Stories from Ft. Myers, Fl.. Las Vegas and Lee County, Florida. Police are dispatched to a call from a person who was approached by a man with a gun that claimed he had used it in robbing a bank.

When Det. Joe Lewis and Sgt. Jason Snyder of the Pittsburgh, PA, Bureau of Police stop a vehicle, the driver immediately speeds off and a chase ensues. Once apprehended, the suspect tells the undercover officers he was afraid of being sent to jail for having a small amount of “weed” in his pocket. However, as the investigation continues, we learn that the suspect has been convicted of a felony. Another segment features Officers Derrick Pendergrass and Zach Fuller of the Chattanooga, TN, Police Department stopping a vehicle for having tags that don’t match the car they are allegedly registered to, and for failure to maintain lanes. The driver appears very nervous and immediately hands the officers an empty plastic bag. This intoxicated suspect admits that beer somehow spilled in the front seat of his car

A traffic stop takes an unexpected turn when the suspect decides to go off-roading. A woman refuses to cover for her son’s friend. Security cameras catch a man trying to conceal some items in a not-so-nice hiding place.

In Las Vegas, Nevada, officers respond to a disturbance call where a customer was threatened by a disturbed man.

An uncooperative suspect obeys instructions from his more levelheaded relative. A dead ringer for “The Rock” uncovers some crack rock. Officers try to get the truth out of two known drug users.

A car chase switches gears when the driver flees on foot; tempers flare between neighbors after some kids get physical; a nervous driver becomes irate when the police search his passenger.

The owner of a stolen truck calls officers when he spots it in a nearby alley. A fleeing driver leads officers on a wild chase over a closed bridge. Police track down a suspect who gave a liquor store employee a phony $100 bill.