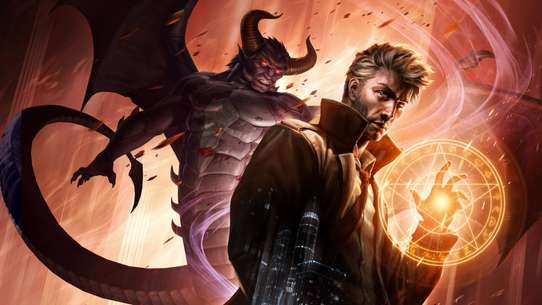 The BEST episodes of Constantine: City of Demons

Armed with an arcane knowledge of the dark arts and a wicked wit, John Constantine fights the good fight. With his soul already damned to hell, he’ll do whatever it takes to protect the innocent. With the balance of good and evil on the line‎, Constantine uses his skills to face the supernatural terrors that threaten our world and send them back where they belong. After that, who knows… maybe there’s hope for him and his soul after all.

John unwittingly unleashes an unspeakable evil that will haunt the rest of his days.

John meets the demon Beroul and is given an agonizing choice.

John summons the Nightmare Nurse to help in his battle to save Trish.

Constantine struggles with sins of the past while traveling to Los Angeles.

Matt Ryan returns as DC’s legendary demon hunter, John Constantine, to take on a monstrous foe from his past.