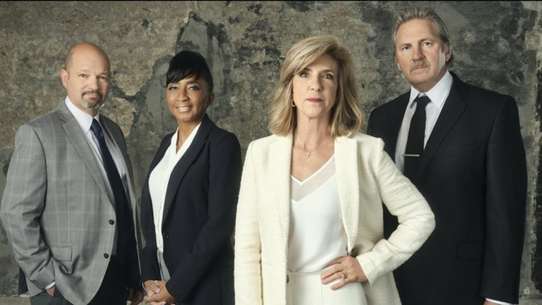 The BEST episodes of Cold Justice

Texas prosecutor Kelly Siegler and Yolanda McClary, a crime-scene investigator for the Las Vegas Police Department, help local law-enforcement agencies in small towns across the country solve violent crimes that have sat cold because of lack of funding and proper forensic technology.

Marisol Gonzalez was a top student at Mingus Union High School, had lots of friends and a close-knit family that loved her. In the summer before her junior year, she began dating one of her neighbors and classmates, Cecilio Criuz. Marisol hadn’t gone out with many boys, but she was taken in by Cecilio’s seemingly heartfelt affection and eventually fell for him - he was her first love. However, she quickly came to realize that she was far from the only one that he loved, and they broke up. Soon after, she found out she was pregnant. With the love and support of her family and friends, she decided she was going to have the baby. Many months later, on March 25, 1997 around 10pm, Marisol - now full term in her pregnancy – told her sister she was waiting for a call from Cecilio, and went outside with the cordless phone. That was the last time she was seen alive. Around 6am the following morning, her body was found in an alleyway a block away from her house. She had been shot one time in the face. To this day, Marisol’s family, friends and the entire Cottonwood Community are shocked and devastated by her murder and that of her unborn child Andrew -- and they desperately want justice.

Kelly and Steve Spingola try to solve the mysterious murder in Rosenberg, Texas of a doting father beaten and shot to death in his home with his 6-year-old daughter asleep nearby. The key to identifying his killer may lie in the secret audio recordings found in his attic.

Siegler and McClary travel to Morehouse Parish, La., as they look to reopen a 2006 cold case and hope to discover new clues that help solve the murder of an active church member in the community.

In Colorado, Kelly and Abbey work with the Crowley County Sheriff's Office to search for new clues in the fatal shooting of a mother of six, that was initially considered a suicide. Their investigation exposes a heart-breaking trail of secrets hidden for 25 years.

Erika Case was a smart, precocious, 19-year-old who had graduated high school and was working part-time at the local mall in West Terre Haute, IN. It was a Saturday night, September 5, 1998, and she and her big sister Mary Case were house sitting for a family friend. After Mary left for her night nursing shift at the local hospital, Erika’s good friend Isaiah Dooley came by the house with his friend Clint Mackey For the next few hours they all swam in the pool, drank alcohol and ate pizza. Early the next morning Mary finished up her nursing shift and drove back to the house. When she walked inside she found Erika lying on the living room floor, covered in blood, dead; she had been stabbed at least 33 times. When the Vigo County Sherriff’s officers first questioned Isaiah and Clint, they both made conflicting statements as to who saw her last, but both of the boys asserted that when they left the house Erika was alive and well. Erika’s murder has had a huge impact on the small, peaceful, suburban community of West Terre Haute and while there have been lots of rumors around town, no one has ever been able to determine what actually happened that evening or who is responsible for Erika’s murder.

Kelly and Steve Spingola head to Flint, Michigan, to investigate the 1991 shooting of a woman murdered right outside her home. As she died in her sister's arms, her final words could provide insight into who killed her.

Kelly and Steve look into the 2007 murder of a single father who was gunned down by a sharpshooter with a high-powered rifle. State-of-the-art digital forensics may help poke a hole in the suspect's alibi.

Tracy Lynn Allen was known as a free spirited and spunky gal - she worked as a care giver at a nursing home, liked to collect Indian art, and was a devoted mother to her two young daughters, ages three and six. Tracy had recently gotten out of a volatile marriage with Garland Allen, but after their divorce the two remained in close contact. One early evening, in May of 2001, Tracy went out, while her neighbor baby-sat for their two young daughters. Later that night Garland arrived at the neighbor’s front door - he told her that Tracy was back at his house, and she had asked him to pick up their daughters. Garland then drove off with the girls, and dropped them off at his mother’s house. He told his mom that Tracy had run away with another man and had left him with the young girls. A few days later Garland surrendered custody of his kids to his mom, and then left town. It has been over 12 years since Tracy’s disappearance and no one has ever seen or heard from her again. They say the first 48 hours after a disappearance are the most crucial for police. The chances of finding the missing person drop dramatically after that. This case isn't cold - it’s frozen. It will be one of the most difficult cases Kelly, Yolanda, and team has ever taken on - as they hope to help the tenacious Detective Bill Perkins from Altus PD, find out what truly happened to Tracy - and hopefully bring some answers and closure to her family.

Kelly and Terri investigate the 2015 homicide of a beloved father, veteran and Little League coach. A re-examination of the crime scene reveals a terrifying clue into who may have killed him.

Kelly and Steve Spingola arrive in Texas to help the Potter County Sheriff's Department reexamine the gruesome murder of a mother in the hope of bringing closure to the four children she left behind by conducting DNA tests.

Kelly and Tonya help police keep their promise to a grieving mother to solve her daughter's murder. An examination of the victim's cell phone data brings a horrifying tale of obsession and brutality to light.

In their freshest cold case yet, Kelly and Steve tackle the recent double-homicide of a loving grandfather and his elderly mother gunned down at home; the crime scene suggests a killer with military training.

Kelly and Tonya Rider investigate the shocking murder of Leola Jordan a 91-year-old grandmother in Picayune, Mississippi who was stabbed nearly 40 times in her bed. New DNA technology may help identify her killer and reveal a tragic family secret.

#15 - Sifting Through the Ashes

Kelly and Steve try to solve the murder of a woman who was brutally stabbed and then lit on fire in an attempt conceal the crime.

Kelly and Tonya Rider investigate the strange death of a retired college professor in Tonya's home town, whose cremation was halted by an anonymous tip call hinting at murder; an autopsy proves the tipster's information is accurate.

Kelly and Steve Spingola head to Wisconsin to investigate a homicide; the case becomes personal after they receive a letter from the victim's daughters; their search uncovers a town's dark side, crimes against children and lies within a church.

When a bright-eyed college student is killed in his sleepy hometown of Cleveland, TN, the team must sort through his private past in order to find his killer.

Kelly and Abbey investigate the brutal slaying of a pregnant woman who was able to call 911 but died before naming her killer. Eyewitnesses at a nearby bar could help crack the case-if they'll talk.

The team hopes to uncover the truth behind the mysterious death of a young man that occurred just a few years ago; investigators work with state police and firearms experts from across the country.

Kelly and Abbey return to Florida to help the Fort Myers Police Department investigate the 1997 murder of Keith Jones, an aspiring police officer robbed and fatally shot in his motel room. The suspects include four local men and a female witness that may have set him up.

Season 3 opens with Kelly and Yolanda landing in a small Idaho town to investigate the 2004 stabbing death of a young woman.

The media went into a frenzy when a beautiful former dancer was cornered and shot in her West Palm Beach apartment, turning a baffling high-profile case into the next challenge for the Cold Justice team to try and tackle.

The Most Dangerous Animal of All