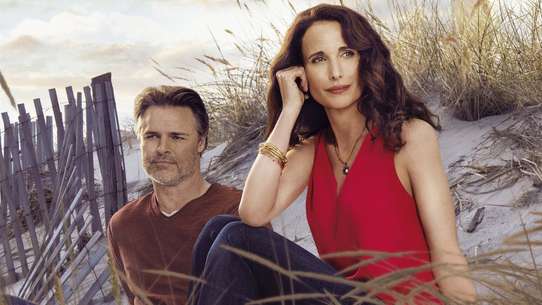 The BEST episodes of Cedar Cove

Every episode of Cedar Cove ever, ranked from best to worst by thousands of votes from fans of the show. The best episodes of Cedar Cove!

Eric is determined to impress new boss Warren Saget while still hoping to get approval from an unhappy Jack. Cliff gives Grace an exciting offer right before her move but her sudden reluctance threatens to drive them apart. Meanwhile Justine tries to help Luke after his angry outburst lands him in jail. But when Luke goes missing before his court date, Justine has no choice but to enlist the help of everyone in Cedar Cove, including Olivia, who might be the only person who can get Luke the help he needs.

As Jack contemplates taking his dream job far away from Cedar Cove, Stan separates from his wife and returns to town hoping to win Olivia back. Meanwhile, Maryellen does some sleuthing to find out what is in John’s past and Grace finally decides to come clean to Olivia about the kiss she shared with Will.

Jack hides his relapse from Olivia just as she puts full faith in their relationship; Eric becomes involved in Warren's dishonest deals.

Grace finds herself drawn to two different men as Jack worries about Olivia getting closer to her ex-husband. Meanwhile, Seth and Justine take their relationship to the next level, while Maryellen and John grow closer but his secretive behavior makes Maryellen worry that he may be hiding something.

Christmastime is here, and Cedar Cove is a flurry of activity. Justine is shocked to learn Warren is under investigation by the FBI. She and Seth fear all is lost when it looks like their new restaurant is the target of arson. Eric finally turns up in town, and Jack is eager to help his son become a responsible father. While Grace does her best to make up for past mistakes with Cliff, Maryellen finally tracks down the ever elusive John Bowman.

Olivia discovers the new A.D.A. has a deceitful secret; Jack receives a surprising new job offer, but it comes with a catch.

The drama in Cedar Cove returns as Olivia and Jack rush to the hospital to wait with Jack’s son, Eric, as Eric’s girlfriend Shelly suffers from a serious pregnancy complication. While a scared Eric angrily pushes his father away, Olivia flashes back to the last time she was in the hospital — the tragic day her son died. Even as she tries to push aside the paralyzing memories, she must remain strong for a shaky Shelly, who has made a decision about her future that could affect them all. Meanwhile, Justine and Seth cope with the aftermath of the restaurant fire and a shocking development in the federal investigation against Justine’s manipulative ex-fiancé, Warren, and decide how to move forward with the business — and with their relationship. And Maryellen goes to extra lengths to help a missing John when two mysterious men show up to track him down, posing a threat to all of Cedar Cove.

Despite Rebecca's bad attitude, Olivia takes a chance on her; Jack doubts himself in the newsroom, leading to damaging consequences.

As the holidays approach, Olivia is dead set on going to Philly to win Jack back, only to find out he is back in town unannounced to tie up loose ends. Seth returns to Cedar Cove with good news of a new business venture, but it’s complicated by Warren’s involvement. Meanwhile, a beautiful, pregnant stranger comes to town, and her true identity is a surprise to all, especially Jack.

Olivia is confronted by two newcomers to Cedar Cove who aren’t afraid to shake things up. With Luke about to stand trial for assault, Olivia meets the cocky new Assistant District Attorney, Rebecca Jennings, who thinks sending Luke to jail will be her ticket out of the sleepy seaside town. As Luke faces the possibility of a tough sentence, he admits his growing attraction to Justine, causing her to take a step back from their friendship to run from her own undeniable feelings. Meanwhile, Jack bumps into a former colleague from his past, Jeri, whose relationship with Jack clearly went beyond the professional. After Jeri corners Olivia to expose surprising details of Jack’s life as an alcoholic, Olivia wonders if her own romantic relationship is suddenly at risk.

In Cedar Cove, Jack is reunited with his estranged son, while Charlotte tries to find out the secret behind the identity of a stroke patient she is caring for. Meanwhile, Justine is learning how to deal with a long distance relationship, while Olivia tries to repair damage done to her relationship with Charlotte.

When developer Warren Saget decides to tear down the town’s iconic lighthouse, Judge Olivia Lockhart finds her hands tied with no legal way to stop him. As tensions heat up, Olivia knows she must find a way to save the landmark before the trouble in town boils over.

Grace learns that the terms of her divorce may prevent her from being able to move on with her life. Olivia convinces Grace to confront Dan and take him back to court, but their mission turns up surprises about Dan’s new life and suddenly sends Grace running scared. Meanwhile, Jack makes a surprising gesture of support to help Eric after Shelly and the baby take off for Seattle. But when Eric receives an even more surprising proposition from Warren Saget, he is left to make a tough decision. Meanwhile, Justine continues to bond with her friend Cecilia. While the two are on Cedar Cove’s Naval base she meets a distressed veteran, Luke. While hailed as a hero after returning from Afghanistan, Luke has a troubling past and a hidden secret that puts Justine in a difficult position to help him.

Olivia and Jack finally have their Seattle getaway, but things don’t quite go as planned and later Olivia becomes distracted trying to help an ex-con she put away who claims to have turned his life around. Elsewhere, Rosie and Zach Cox are trying to follow the judge’s orders about their shared custody, but their continuing battles begin taking their toll on their daughter.

Olivia helps Grace face her conniving ex-husband Dan in a bitter showdown over their unsettled divorce. Although Grace is ready to accept defeat, Olivia refuses to give up until she helps Grace finally find her own voice. Jack is torn between keeping his job or his journalistic integrity when he’s assigned to write an article praising Cedar Cove’s bad boy, Warren Saget. But after writing the article, Jack discovers Warren has the final word when it comes to his son Eric. Meanwhile, Justine attempts to help Luke start a new chapter after his life after he reveals a terrible tragedy he experienced during the war. But when his usual quiet brooding suddenly erupts into a violent rage, Justine realizes her new friend is much more complicated—and dangerous—than she ever imagined.

In the third-season opener, Olivia continues to feel uneasy after learning about Jack's secrets. Meanwhile, a charismatic new district attorney and some unwanted visitors arrive in town; and a proposal is made.

Everyone in Cedar Cove gets involved in the town’s charity bachelor action as Justine and Olivia scheme to help Grace and Maryellen land the bachelor of their dreams. Meanwhile, Stan asks Olivia to accompany him to see his therapist as they finally deal with past hurts involving their lost son.

Bob and Peggy Beldon must deal with a suspicious death at their Bed and Breakfast, and Justine gets a chance to show her work at the local Art Walk. Meanwhile, Jack struggles with his relationship with his freeloading son Eric. When Olivia tries to help by giving Eric a job, things go from bad to worse and ends up threatening Olivia’s budding relationship with Jack.

As Olivia and Jack attempt to stop a mounting custody dispute between Eric and Shelly over the future of their unborn child, emotions run high at the hospital. Meanwhile, Maryellen refuses to believe John Bowman, the man she loves, is a criminal. But when she learns he will do anything to protect her from the felons of his past, she makes a drastic move to find him without the police’s help. And while on the brink of a major life decision, Justine is finally able to stand up to a still-scheming Warren and get honest with Seth about the next step in their relationship, including a dream job offer.

All the women in Cedar Cove are learning how to move on and embrace better futures. Olivia feels pressured when Jack insists on exchanging house keys, unsure of the next step. Suddenly seeing troubling comparisons to her ex in Jack’s growing frustration over the issue, she panics, just as Grace faces upsetting reminders of her own failed marriage. After struggling to pay for expensive repairs to her house, she is overwhelmed and in debt. While Olivia tries to convince her to sell the home, Grace doesn’t think she can let it go, seeing that as the final, drastic closure to her previous life. Meanwhile Eric struggles to financially support his new family, prompting Shelly to reconsider their relationship. And Justine gets ready to say goodbye to Seth as he departs for a job in Alaska.

#21 - Something Wicked This Way Comes

Olivia discovers Grace has been talking to her brother Will again. With their long history, Olivia worries there is something more than friendship between them. But when Will shows up to Cedar Cove, he reveals surprising news that causes Olivia to wonder if Grace is being honest with herself—and with Cliff. Then, Olivia angrily confronts Jack after he refuses to discuss Jeri’s revelations. In asking him to finally open up about his past, Olivia forces Jack to consider taking a pivotal step in his recovery. And Eric is faced with a moral dilemma when Warren gives him a sudden ultimatum.

As Olivia deals with the news that Jack may get a job offer that will take him away from Cedar Cove, Grace struggles with what to tell Olivia about the kiss she shared with Will. Meanwhile, Justine helps Warren though a health crisis which causes tensions between her and Seth and Stan’s wife becomes concerned that Stan is growing away from her and closer to Olivia.

Jack pressures Olivia to move in together, but she's hesitant to take this step because she's unsure if she can trust him. Meanwhile, Maryellen comes back to town with a big announcement.

Justine and Olivia must each face their own fears when Seth goes missing in Alaska and Justine sets out to find him. Meanwhile, love is in the air in Cedar Cove as the local theater company puts on Romeo and Juliet while Jack wants to take his relationship with Olivia to the next level and Maryellen seeks to deepen her friendship with a handsome photographer.

Judge Olivia Lockhart considers a career move that could cost her a new romance and force her to leave the town and friends she loves in the premiere of this drama series about the life of a small-town judge in and out of the courtroom.