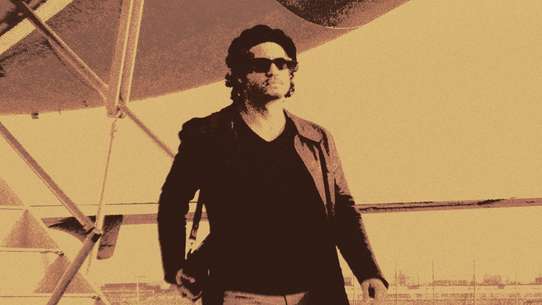 The BEST episodes of Carlos

Every episode of Carlos ever, ranked from best to worst by thousands of votes from fans of the show. The best episodes of Carlos!

The story of the Venezuelan Ilich Ramirez Sanchez known as "Carlos", who was, for almost twenty years, one of the most wanted terrorists in the world.

Heading up a group of six militants, consisting of leftist Revolutionary Cells of both German and Palestinian militants, Carlos takes over the OPEC building, holding hostage the ministers and their accompanying delegations. Although the terrorist is at the peak of his media fame, by releasing the ministers to Algiers airport in exchange for a large ransom, he fails in the mission entrusted to him by Wadie Haddad. This is the basis of a rupture between the two men with Carlos later becoming a mercenary in the service of the highest bidder. First Syria and then Iraq. He sets up his base on the other side of the Iron Curtain between Budapest and East Berlin under the protection of the Stasi ...

Carlos group, based in Budapest and protected by Syria, establishes ties with different customers interested in their particular expertise, such as Ceausescu's Romania and Libya. Carlos makes a fortune trafficking weapons and appears as a major figure in European terrorism. However, the fall of the Berlin Wall soon puts an end to this frantic activity. Carlos sees his supporters and his flexibility dramatically reduced. He finds refuge in Sudan, where he becomes a hunted man, being tracked by several secret services. Eventually the authorities in his home country arrest him and extradite him to France, where he must answer for his actions ...

Ilich Ramírez Sánchez, a Venezuelan-born militant who fought with the Palestinians in Jordan, commits a series of bombings in London. He then moves to Paris, where the PFLP (Popular Front for the Liberation of Palestine) has assigned responsibility and command of its European branch to Michel Moukharbal, "Andre", a militant Lebanese. He coordinates several operations by activists from the Japanese Red Army, in particular the taking of hostages at the embassy of France in The Hague. When Andrew was arrested, the French agents of the DST begin to address Ilich, who adopts the nom de guerre Carlos. To escape arrest, Carlos kills three policemen. Then he then joins the South Yemen leader of the PFLP, Wadie Haddad, who gives him a mission of rare audacity ...

Show Me a Hero