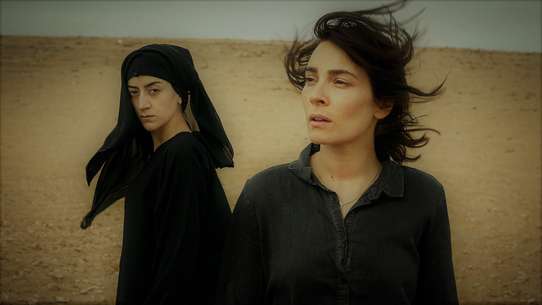 The BEST episodes of Caliphate

Every episode of Caliphate ever, ranked from best to worst by thousands of votes from fans of the show. The best episodes of Caliphate!

Agent Fatima gets a tip that a terrorist act is planned in Sweden. At the same time, the teenager Sulle has opened her eyes to her student assistant who opens the doors to a new fascinating world.

Pervin is desperate because Husam is to become a martyr. Fatima is short in tone when Pervin calls to ask for help. Fatima tries everything she can to stop the terrorist attacks in Stockholm on her own and she demands that Pervin help her with more info first before she can help them. Sulle and her family are desperate and do everything they can to get Lisha home.

Fatima tails Nadir to see if he can confirm her suspicions. Fatima has arranged for Pervin's escape from Syria. But when Pervin is on her way to the meeting point, the security police take her. Sulle and Kerima are overjoyed to have received plane tickets to Syria from Ibbe. Finally, they can leave for the Islamic state. Once on their way, they discover that things might not be as wonderful as they thought.

Fatima continues her investigation despite her managers' orders to stop. She believes in Pervin's information about a pending terrorist attack in Sweden. Investigating a lead, she is fired upon, which further confirms her suspicion. Husam's colleague Ahmed is reported missing and Husam, who is starting to doubt his own sanity, believes that it is he who killed Ahmed. Pervin is terrified that Husam might decide to confess. When Sulle's parents discover ISIS movies on her computer, they confront her. Sulle is about to be radicalized and finally, even her mother realizes that they are losing her. She dreams of going to Syria. Can they stop her in time?

Fatima is still on the run and she knows that Nadir is on his way. Calle and Suleiman managed to stop Sulle and Kerima at the border, but Lisha remained in the car and is on her way to Raqqa alone. In desperation, Calle calls Fatima and demands that she, with her contacts, helps Lisha out. Pervin is upset over the fight with Husam. However, she does not hesitate when she gets the chance to escape Raqqa again.

Dolores calls Fatima with some very worrying information. Fatima is afraid of being eavesdropped, so she tells Dolores to meet her at her house. Husam finds Pervin's cellphone hidden in the wall and confronts her about it. Sulle's parents in desperation to save their daughter from extremism decide that if she longs for the Islamic life so badly, they can as per tradition at least control who she is married to and plan to give her away in marriage in a month. Upon hearing this news Sulle's determination begins to falter. Should she take off her hijab? Her little sister Lisha, on the other hand, thinks she is weak.

Fatima will help Pervin home from Syria but needs something in return; She asks Pervin to spy on her husband. One of the Swedish jihadists known as 'The Traveller' has already returned to Sweden to prepare for an attack. Can Pervin get more information about the attack and the identity of 'The Traveller'? At the same time, in the girl's room, Sulle quarrels with her sister Lisha about which of the guys in One Direction is the best looking. But Sulle is really more interested in the student assistant Ibbe, who opens the doors to a new, fascinating world. The true way. Sulle and her best friend Kerima start to rethink their lives and Ibbe begins showing them another direction.

Fatima tries to convince her manager at SÄPO's (The Swedish Security Service) Middle East department about the seriousness of the information she has been given by Pervin, but is met by a compact disinterest. Is there an underlying reason for this? At the same time, she forces Pervin to dig deeper. Pervin, in turn, gets braver, but when she is confronted by Husam's colleague Ahmed with the cellphone in hand, she is forced to make a fateful decision. When Sulle comes to breakfast wearing a hijab, her father is furious. He refuses to see his daughter in a garment that symbolizes the oppression they left. Unfortunately, his reaction only serves to feed Sulle's defiance.

September 2015. The SÄPO (Swedish Secret Service) agent Fatima's career has derailed after a serious mistake. One day she gets a very worrying call. Pervin, a young Swedish woman who left for ISIS, is trapped in Raqqa. She lives in constant terror over the mindless violence around her and fears for her and her daughter's life. She is desperate to get out now! Fatima initially hesitates, but changes her mind when Pervin reveals that her husband Husam and his group of Swedish jihadists are planning a large-scale terrorist attack in Sweden. The 15-year-old Sulle is bored at school where no one takes anything seriously. But she has caught an interest in the cool student assistant Ibbe. He treats her like an adult.

Close to the Enemy