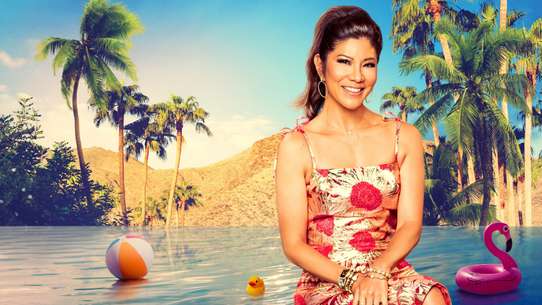 The BEST episodes of Big Brother (US)

Big Brother follows a group of people living together in a house outfitted with dozens of high-definition cameras and microphones recording their every move, 24 hours a day. Each week, the Houseguests will vote someone out of the house. At the end, the last remaining Houseguest will receive the grand prize of $500,000.

The new HOH chooses two people for eviction and the house is divided between two big alliances.

After Frank won the Head of Household competition and Ian found a golden veto ball after Frank opened Pandora's Box, Frank put up Dan and Danielle on the block. The two nominees, the HoH and three other HouseGuests must now vie for the Power of Veto. Meanwhile, Dan attempts to influence Ian to use the veto ball to save him if Dan doesn't win the PoV Competition.

Season 12: Episode 11: Rachel and Kristen Battle it out as the Game Gets Real Andrew’s parting revelation that Kristen and Hayden are in a secret showmance reverberates through the house. On the outside Kristen is acting shocked, but in Diary Room she admits the worst thing she ever could have imagined has come out, and it has come out hard. Hayden is just as shocked -- he was cruising along with his secret alliance the Brigade, plus he had Kristen wrapped around his finger. What does he do now? During the live show, Hayden and Kristen lay into Andrew, telling him that they wouldn’t be that stupid. “Why would I lie?” Andrew asks, remaining calm as Hayden and Kristen keep up their charade. Fellow nominee Kathy is loving it, but not as much as Rachel, who realizes this is a great thing for her and her showmance Brendon. And what’s even better for Rachel’s showmance? Winning Head of Household! “Floaters,” Rachel says, “You better grab a life vest—Kristen!” Rachel then reveals she heard Hayden and Kristen making out last night. Brendon piles on, telling Hayden and Kristen that they are busted. Kristen lashes back, with Hayden backing her up. The insults fly, with Rachel and Kristen calling each other out on their intelligence. From the sidelines Ragan notes that he is not a religious person, but he has been praying for this moment to happen since he entered the house. Britney is also in hog heaven. “The irony that they were in a boxing ring was not lost on me,” Britney says. The attention diverts briefly to Kathy, who hugs Kristen and Hayden as things begin to die down. Rachel is not happy—that kind of behavior shows Kathy is with Kristen and not her. “She is clearly telling me what side she is on,” Rachel says in diary room. Things finally cool off to a point where Brendon can congratulate Rachel. Rachel breaks down, telling Brendon she is so tired of the house coming after them. In the palm bedroom, Enzo, Matt and Lane can

In this very special edition of Big Brother, the double eviction show returns. First, the HouseGuests must choose to evict either Jenn or Mike "Boogie" after Head of Household, Shane, put up Jenn following Frank's pulling himself off the block as the veto winner.After the first live eviction of the evening, the show speeds up and a full week of Big Brother plays out in the final 45 minutes of the episode.

The Houseguests still have no idea that America is the MVP, and your nominee shocks the house! Also, it's a battle back in time for the veto.

As the new Head of Household, Frank, settles into his new HoH bedroom, the power in the house begins to shift away from the outgoing HoH, Willie. Meanwhile another Coach's Competition is held followed by the second Nomination Ceremony, where Frank must select two fellow HouseGuests for eviction.

Shelly makes some surprising promises to Rachel and Jordan if they vote to evict Adam.

After the HoH competition, it is a no holds barred game play and the new HoH has to decide whether or not to open Pandora's box.

The House guests get down to the business of selecting the winner of Big Brother 3.

Amanda melts down after being nominated. Plus, who will win the power of veto and will it be used to save Amanda or McCrae?

In the week of Frank's third reign in the Big Brother House, with Dan and Danielle as the original nominees, the HouseGuests must choose to evict one of two fellow HouseGuests (Britney or Danielle) after Jenn C. won the power of veto used it to pull Dan off the block. The 9th Head of Household Competition starts but does not end.

It's the first live episode of the season and one of three Houseguests up for eviction will be sent packing.

Three girls are nominated for eviction and the claws are coming out on tonight's live episode.

The houseguests cast their vote to evict Frank or Kara followed by the HoH competition.

After one of Head of Household, Frank's, nominees, Shane, won the golden power of veto and removed himself from the block, Frank was forced to put up Danielle as the replacement nominee. If Danielle were to be evicted by the HouseGuests, then Coach Dan would go home. If the other nominee, JoJo, were to be evicted, Coach Britney would only have one player left in the game. In the end, the HouseGuests must vote to evict either JoJo or Danielle. Following the second live eviction, the third Head of Household competition is held.

Either Cody or Zach will be evicted, and the jurors battle to return to the Big Brother game!

A new MVP is in the house and there is a new house guest up for eviction. Plus, will the power of veto be used on one of the three nominees?

The house guests find out who America voted for as the third nominee for eviction. Plus, they get down and dirty in a fight for the veto.

Season 12: Episode 10: Emotions Flare after an Explosive Speech as Another Houseguest is Evicted The aftermath from the Veto ceremony is full of confusion and anger. Elimination nominee Andrew’s announcement that he was coming after his supposed allies Rachel and Brendon mystifies Britney, who thinks Rachel’s genuine reaction was totally fabricated for the rest of the HouseGuests’ benefit. Rachel is angry, and wonders why Andrew is jumping on the “get Rachel and Brendon bandwagon.” Andrew’s fellow nominee Kathy sees the speech as an opportunity for her to stay in the house and vows to “fight like there is no tomorrow.” Andrew initially thinks he has made a good move—now that he has expressed animus towards the house “supercouple,” maybe everyone else will vote for him to stay for the week. Head of Household Matt takes Andrew aside and breaks the bad news to him. If the vote had been held the day before, Matt tells him, then Andrew would have been a safe bet to stay. But after Andrew’s speech, he is now the week’s target, because everyone saw it was a naked ploy and nothing else. Andrew is stunned! He quickly realizes the secret plan he and Brendon hatched is blowing up in their faces. Meanwhile, Brendon has his own issues. Rachel is furious about Andrew’s comments, and is even more furious at Brendon for pulling a stunt like this without consulting her. “Who is he in a relationship with,” Rachel fumes in the diary room, “Andrew or me?” Outside Brendon tries to make amends but Rachel is in no mood to forgive. Even when Brendon tells her he loves her, the perennially affectionate Rachel refuses to give her man a kiss! “You better know what you’re doing,” Rachel warns Brendon, who gets the message that this action has major consequences not only in the game but also in his relationship. Working Votes Kathy is taking the ball Andrew inadvertently threw her and is running with it. She tells Ragan that as a canc

Will the power of veto save Michael and Brittany from the block? Plus escalating tensions set off a chain of events that will turn the whole game upside down.

Aaryn, Spencer and Jeremy are up on the block. Whichever Houseguest goes home, the house wins. Plus a new HOH is crowned.

The Season 8 winner of Big Brother is crowned.

The final two houseguests face the jury who will determine the winner of Big Brother 10.

Who will win the Power of Veto, and will it be used to save either Tommy or Cliff from eviction?

Watch the repercussions of the Veto meeting. Plus, who will be evicted tonight?