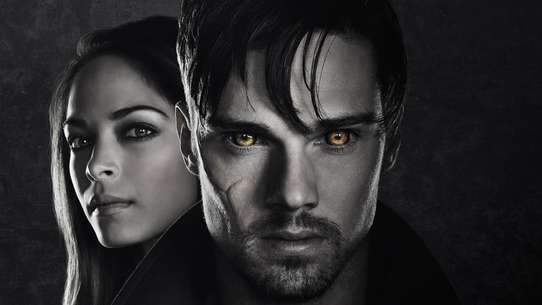 The BEST episodes of Beauty and the Beast (2012)

Detective Catherine Chandler is a smart, no-nonsense homicide detective. When she was a teenager, she witnessed the murder of her mother at the hands of two gunmen and herself was saved by someone – or something. Years have passed and while investigating a murder, Catherine discovers a clue that leads her to Vincent Keller, who was reportedly killed in 2002. Catherine learns that Vincent is actually still alive and that it was he who saved her many years before. For mysterious reasons that have forced him to live outside of traditional society, Vincent has been in hiding for the past 10 years to guard his secret – when he is enraged, he becomes a terrifying beast, unable to control his super-strength and heightened senses.

Vincent considers popping the question. The timing may not be right, however, when Cat stumbles upon an unusual case involving a superhuman rampage. In other events, Tess believes JT—who doesn't understand how he's still alive—has a mental block to recovery.

#2 - The Most Dangerous Beast

When Cat is assigned to a new partner by Tess, she begins to suspect that Bob and Carol have re-surfaced to separate her from Vincent and hunt them both down. Meanwhile, a transformed JT discovers that his newfound healing ability comes at a terrible cost.

While working to uncover who is after Vincent, Cat discovers she might be pregnant. A lead Vincent follows puts his life in jeopardy. Meanwhile, J.T. gets kidnapped in a case of mistaken identity.

Three months after Vincent Keller was abducted by Muirfield, Detective Catherine Chandler, is reunited with him - but not in the way she planned. He's changed: his scar has disappeared, his memory has been wiped clean and he returns as a supercharged beast on a mysterious mission. Catherine needs to unravel the reasons behind Vincent's change if she has any hopes of recovering their epic love, while also trying to solve the secrets that swirl around her own life.

Cat and Vincent will be forced to work together as a couple in ways they never have before if they hope to defeat their destined foe in Liam, who will do everything he can to expose Vincent as a beast in order to destroy their love.

Cat is forced to reveal things that she had been keeping from Tess to salvage their relationship, and to protect Vincent. Gabe is suspicious of everyone in the department, while Evan witnesses Cat doing something that changes his opinion of her, making him even more determined to track down the beast.

Vincent and Cat realize they have to go into hiding now that someone is out to kill Vincent. Vincent wonders if Cat would have been better off without him and gets a glimpse into exactly what her life could have been.

Vincent moves in with Cat which forces them both to address the rapid changes in their relationship while they investigate a shocking new lead in their hunt to track down who is behind the super-human experiments. JT tries to impress Tess’ brothers and discovers that there may be some side effects to the medicine he received from Agent Thomas. Meanwhile, Heather returns to town with a surprise announcement.

After taking their relationship to a new level, Cat and Vincent are forced to deal with reality when someone appears to be the framing the vigilante. Evan finds proof that Cat knows more than she is letting on about the beast. Muirfield and the police are closing in on Vincent and this time there is no escape, so J.T. and Cat come up with an extreme solution. Meanwhile, Tess following a tip, finds something that will forever change her relationship with Cat.

In order to prevent Sam from destroying a large group of people, Cat and Vincent are forced to revisit a romantic destination from their past, which enables them to come to a new realization about what they mean to one another.

Vincent and Cat’s wedded bliss comes to a halt when they learn from J.T. that someone is trying to expose the identities of beasts. While on the hunt to find out who is behind the threat, Tess is reluctant to help since they are all trying to move forward with an attempt at normal lives.

Vincent and Cat are willing to make the ultimate sacrifice to stop an attack and rid the world of beast makers once and for all.

Cat searches for a way to thwart Gabe and finds her answer in an unexpected place: the journal of her ancestor, which makes Cat fear the only way to stop Gabe is by killing Vincent.

Catherine and Vincent track a mysterious beast while keeping their individual agendas from one another in a clever game of cat-and-mouse. Meanwhile, Heather has a bombshell revelation for Cat, and Tess confronts Gabe about his real motives for helping Cat.

While attempting to be normal newlyweds, Cat and Vincent grapple with how to overcome the danger lurking. They find themselves in the fight of their lives when their happiness becomes jeopardized.

While attempting to learn more about Vincent's mission, Cat gets kidnapped by Vincent. Their growing chemistry complicates his mission. Meanwhile, Tess, J.T. and Gabe come together to help Cat.

New Assistant District Attorney Gabe Lowan arrives at the precinct, suspicious that cases involving the vigilante are being mishandled, and wanting answers. Cat is determined to protect Vincent at any cost, which includes tracking down a witness and threatening him at a gala masquerade ball. Meanwhile, Vincent worries he may lose control if he gets romantically involved with Cat.

Vincent is torn between his new feelings for Cat and his old memories with Alex. J.T. learns that Evan is planning to propose a task force to catch the beast and must figure out how to stop him. Meanwhile, Tess investigates the mysterious skydiving death of the wife of a billionaire adventurer, while Cat remains off duty until she recovers from being shot.

Cat gets a blast from the past as she attends her high school reunion, where she uncovers more of her past than she ever anticipated. Meanwhile, Vincent meets up with one of his old military buddies who is hiding a very dangerous secret.

Cat and Vincent face a huge setback when Vincent is secretly interrogated about an impending attack, putting Vincent at his breaking point.

After a dinner where Cat introduces Vincent to Heather ends badly, Heather enlists Tess to stage an intervention with Cat. Evan receives an interesting proposition that could change the course of his cross species investigation and at an event to honor Joe, Heather goes missing and Vincent is forced to make a tough decision that saves her life.

When Catherine’s dad gets remarried, the bride-to-be and her bridesmaids try to find the daughter-of-the-groom a date for the wedding. Uncomfortable with being set up, Cat reluctantly admits that she’s seeing somebody and confides to Vincent that she wishes he could be her date. At the wedding reception, Cat learns about a research grant that Evan received to study the mutant DNA cells found at local crime scenes. When she tells Vincent about Evan’s theory of how the cells are changing to become more animal-like and less human, she encounters an unexpected detour that could change the course of their relationship. Meanwhile, Tess and Joe cross the line romantically despite the fact that Joe is a married man.

In order to prevent Vincent from further injuries, Cat helps protect Tori when her life is threatened, revealing a new, unexpected mystery. Meanwhile, Vincent's stubborn attempt to intervene leads to life-changing consequences, which causes Gabe and Cat to grow closer.

After a force more powerful than anything they have ever encountered ruined Cat and Vincent’s big day, Cat becomes convinced they are in over their heads and begins to doubt their ability to stop the threat, forcing Vincent, JT, Tess and Heather to band together in hopes of convincing Cat of her greater purpose.

Vincent barely escapes being caught by his former fiancée, Alex and must deal with the repercussions of his past. While Cat is in the hospital, she is forced to confront her feelings for Vincent. Meanwhile, J.T. gets a surprising visitor asking about old research he did on mutant DNA.