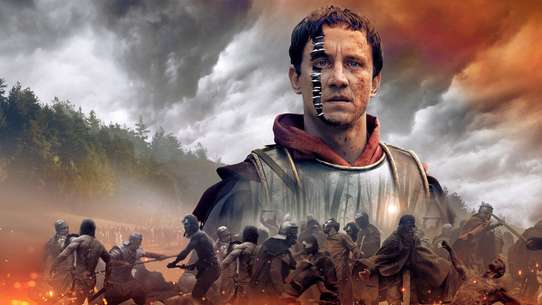 The BEST episodes of Barbarians

Every episode of Barbarians ever, ranked from best to worst by thousands of votes from fans of the show. The best episodes of Barbarians!

Torn between the mighty empire that raised him and his own tribal people, a Roman officer's conflicted allegiances lead to an epic historical clash.

Ari leads Varus and three Roman legions into the Teutoburg Forest — and into history. Thusnelda makes a bloody sacrifice to preserve the alliance.

The tribes prepare to attack the Roman camp before ships with reinforcements arrive. Segestes approaches Tiberius with a treacherous proposal.

Ari embraces his new role with the Cherusci but his shift of allegiances runs deeper than Varus knows. Thusnelda and Folkwin rally a rival tribe.

Ari and Thusnelda forge a political marriage and begin uniting the fractious Germanic tribes. Folkwin is believed dead but has actually been enslaved.

Ari commands troops ordered by Varus to hunt down and kill Folkwin, whose family and home village are put in danger for his act of defiance.

The theft of the standard provokes a crisis, reuniting Roman officer Ari with his father Segimer, and childhood friends Folkwin and Thusnelda.

Marbod confronts Tiberius and demands justice. Thusnelda and Folkwin set out on a mission. Gaius hides out in the forest and makes a shocking discovery.

Germanicus accuses Flavus of being a traitor. Ari brings Gaius to the village and then seeks revenge against Marbod. Thusnelda is angry at Ari for lying.

A friend comes to Thusnelda’s aid when she infiltrates the Roman camp. Without Ari knowing, Marbod meets with Tiberius in a bid to secure peace.

Ari suspects the Romans of rebuilding their forces, so he seeks the help of an eastern tribal chief, Marbod. Ari’s brother, Flavus, arrives in Germania.