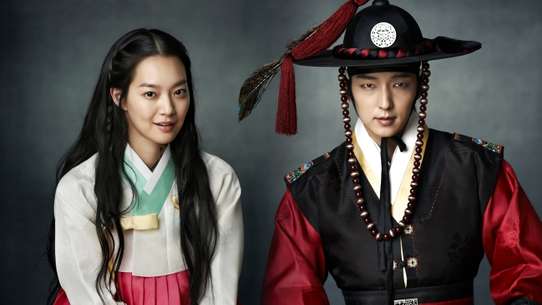 The BEST episodes of Arang and the Magistrate

Arang is an aggrieved ghost who happens to suffer from amnesia. She sets out on a journey to find her true identity but first she needs to find someone in the living world who can see her and help her. That person is Eun-oh. She makes a plea to Eun-oh to help her recover her memories. Eun-oh jokingly tells her that he would only help her if he becomes the district magistrate and so Arang cleverly finds a way to have him appointed as a magistrate overnight. This drama brings the supernatural romantic story of Arang, a ghost who seeks answers to her untimely death, and Eun-ho, a young district magistrate who abhors ghost!

Eun Oh goes to the cave of Hong Ryun in search of Arang. Ju Wal, who finally regains all his memories, also tries to locate Arang.

Ghost Arang wanders the world to learn who she is. While the angel of death chases her, Arang searches for someone who can help her find her identity.

Eun Oh arrives at the cave in time to see Hong Ryun trying to possess Arang's body. He uses his mother's hairpin to stab Hong Ryun.

Eun Oh goes to visit Bang Ul to ask about Arang's whereabouts, but is saddened to find out that Arang went to the other world with the death angel.

Eun Oh and Arang team up to uncover the truth about her death and find his mother. Eun Oh is dumbfounded when Ju Wal fails to recognize his fiancée.

Eun Oh and Lord Choi sit face-to-face in the main hall, and Eun Oh asks Lord Choi to explain why he tried to conceal the grave case.

Eun Oh finds the seamstress in the woods and brings the tag that she had hidden before her death to Lord Choi.

Eun Oh and Dol Sue are charged with treason. Arang goes to see Hong Ryun to find out what the magistrate's mother received in exchange for her body.

After hearing the news that a corpse was found near a cliff, Eun Oh takes Dol Sue with him to the site. There, they find Arang's body.

Eun Oh is terrified when Arang tells him that if she can't find out the truth before two full moons pass, she will go to hell.

Eun Oh finds all the talismans and starts to rip them off. He also finds the last one hanging on the outer branch of a tree and reaches out to get it.

Behind the empty house in the uninhabited mountains, Eun Oh finds something suspicious in the well. Ju Wal's face turns pale as he stumbles on Eun Oh.

Despite Dol Sue's strong objection, Eun Oh runs to the riverside as soon as he recovers to look for Arang. Unfortunately, Eun Oh fails to find Arang.

Eun Oh hugs Arang and confesses his love to her, but Ju Wal also proposes to Arang. Hong Ryun is startled after finding out that the pot is gone.

Eun Oh meets Hong Ryun, who has his mother's face in her basement! Moo Young and Hong Ryun both look at Eun Oh with panic and surprise.

Ghost Arang wanders the world to learn who she is. While the angel of death chases her, Arang searches for someone who can help her find her identity.

Eun Oh and Ju Wal show their extreme hostility towards each other, with no mercy, in front of the Hong Ryun Temple.

Eun Oh demands that Hong Ryun returns his mother to him, but she demands Arang's body in exchange.

After Eun Oh asks Arang to accept his heart, things get awkward between them. However, Eun Oh tells her he will only think about returning her to heaven.

Eun Oh sees Moo Young in his room holding a fan and a hairpin with a serious look on his face. Eun Oh runs at him and they begin to fight.