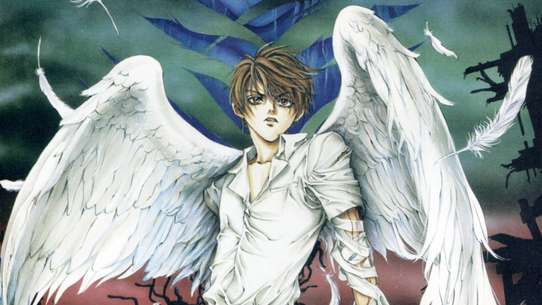 The BEST episodes of Angel Sanctuary

Mudou Setsuna, a high school student, loves his sister in a way that he shouldn't. He also struggles from supernatural powers. Angels and demons flocks to him as the day of his awakening draws near -- he is the angel Alexiel, the highest angel which fought against God, reborn.

Setsuna Mudo's relationship with his sister Sara is made public at school. Alexil's power inside Setsuna is awakened. Being chased by police Setsuna expresses his love for Sara, and they run away with the help of Kira.

Setsuna tells Sara about what he has inside. Rosiel kills Sara and Alexil's power appear and destroys everything. Seraphita tells Setsuna about who Setsuna really is and what he has to do to bring Sara back to life.

The main characters are introduced. The beginning shows the past and what happened to Rosiel and Alexiel, the forbidden love between Setsuna and Sara, Kurai and Arachne, and Setsuna's friends.