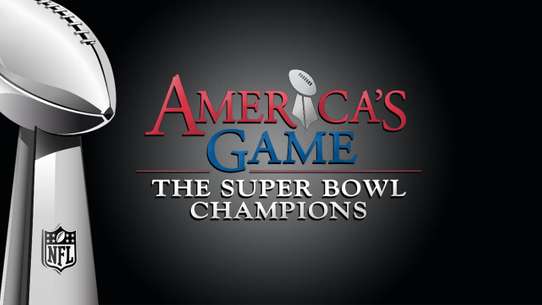 The BEST episodes of America's Game

America's Game: The Super Bowl Champions is an annual documentary series created by NFL Films (broadcast on the NFL Network and CBS). Each of its 55 (and counting) installments profile the National Football League's annual Super Bowl champion through highlights, interviews with players and coaches, and a celebrity narrator.