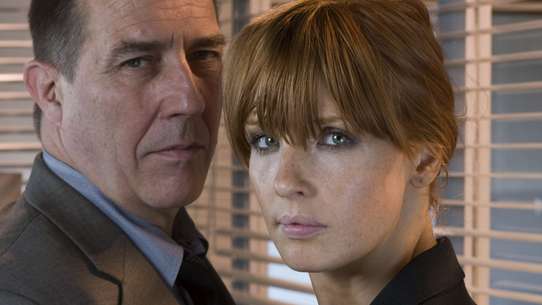 The BEST episodes of Above Suspicion

The murder of a young actress starts an investigation that uncovers on-screen tensions, a complex private life, controversial memoirs, and suspected abuse.

After a second victim is discovered, Anna gets too close to a journalist that the copycat killer has involved in the case. When an angry Langton suspends her, Anna has her own reasons to regret the attachment. A suspect is identified, but he has an alibi.

Will a suspicious Langton get the confession he is after? Travis follows her instincts independently of the team, but is she heading down a dangerous path?

An anonymous tip leads Anna and Langton to a deeply troubled family with long-buried secrets, a vain and arrogant father, and a fiercely protective housekeeper. When the murderer is cornered, the case takes a shocking final turn.

Travis is determined to uncover the secrets that Amanda's old housemates hold. When one dies of an overdose, the team begin to hunt down the dealer, hoping to find answers.

When film star Amanda Delany is murdered, DI Anna Travis is shocked by what she finds out - especially the truth behind her glamorous public image.

Langton allows Anna to spend an evening at the ballet with the prime suspect, a handsome actor on the brink of stardom. A discovery at the place where one of the victims lived helps Anna set a trap. Meanwhile, sparks fly between Anna and Langton.

In London, ex-cop Frank Brandon is shot dead in a drug den and his glamorous widow, Julia, is strangely unmoved. With little help from her distraced supervisor, and despite Langton's orders, Travis goes in search of the truth.

For eight years, someone has been murdering women, following the same brutal ritual each time. The most recent victim doesn't fit the profile, but evidence links her to the others. Anna volunteers to go undercover to crack the case.

A young woman's body is found by the Thames, horribly mutilated and drained of blood. It's exactly like the famously unsolved Black Dahlia murder that happened in Los Angeles - in 1947. When Anna's senior officer, DCI Morgan, falls ill, Langton steps in.

Three are dead, and Julia could be next. She tells the truth about her marriages to Frank Brandon and Anthony Collingwood, also known as Alexander Fitzpatrick. The team catches a break when a CCTV camera captures a partial image of a killer's face.

As the body count rises, Langton acknowledges that Travis may be on to something. The detectives get a confession about the Frank Brandon shooting, but the other murders remain unsolved. An international drug lord seems poised to introduce a new drug to the U.K.