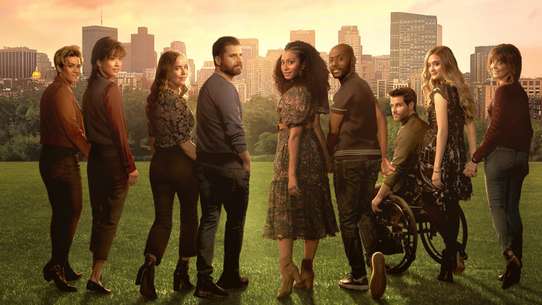 The BEST episodes of A Million Little Things

They say friendship isn’t one big thing… it’s a million little things. When Jon Dixon — a man perfect on paper — took his own life, his family and friends are left to pick up the pieces. Each of these friends is not living the version of life they thought they’d be living, and their friend’s death forces them to take a look at the choices they’ve made and to solve the unanswerable mystery of a man they thought they knew.

Rome helps PJ through a personal crisis. Gary and Maggie’s relationship takes a turn. Delilah, Eddie and Katherine make tough decisions that will affect their families.

We go back to the day before Jon’s death, before everything seemed to have fallen apart. Jon is struggling both in his personal and work life, Delilah and Eddie make plans to tell Jon about their secret affair, and Maggie attempts to start her new life in Boston.

It’s the one-year anniversary of Jon’s death and everyone reflects on how much their lives have changed over the last year. But for Eddie, his dream opens up a new mystery.

As her friends anxiously await the outcome of Maggie’s surgery, an unexpected arrival from her mother leads to a tense first meeting with Gary.

After troubling news, Delilah finds herself once again leaning on her friends in order to help her family, unexpectedly having to rely on Katherine the most out of all people. Despite Gary’s protests, Maggie insists on running the Suicide Prevention 5K with the rest of the gang, where Danny also plans to introduce someone special to his mom and sister.

Gary has trouble dealing with Maggie’s life-changing decision, which takes him back to when Jon was there for him during his chemo treatments; Rome finally opens up to his dad about his internal struggles; and Katherine battles balancing being a working mother without Eddie.

On the eve of the new restaurant opening, Delilah tracks down a handsome expert to help with the last-minute details. Meanwhile, Regina struggles with her overbearing mother who causes friction by bringing up disturbing details of her past.

After discovering she might not know Rome like she thought she did, Regina is put in charge of making important decisions for him. Meanwhile, Gary tries to convince Maggie he will be there for her no matter what, and Katherine discovers she has a new admirer.

When Delilah goes into labor, Eddie feels compelled to tell Katherine the truth about being the baby’s father. Meanwhile, Gary and Maggie struggle with living together post-cancer, and Rome and Regina continue to be at odds about having a baby of their own.

They say friendship isn’t one big thing, it’s a million little things; and that’s true for a group of friends from Boston who bond under unexpected circumstances. Some have achieved success, others are struggling in their careers and relationships, but all of them feel stuck in life. After one of them dies by suicide, it’s just the wake-up call the others need to finally start living.

As Eddie and Katherine prepare to renew their vows, Eve goes into labor and everyone rushes to the hospital. Meanwhile, things are getting serious with Delilah and Miles, Maggie shares some shocking news with Gary, and Eddie learns more about his involvement in the mysterious lake accident.

With questions still lingering around Jon’s death, his loved ones try to move on, each taking meaningful steps forward in their own lives. As most of them begin to accept that they may never get the explanation they desire, an unexpected member of the group decides to dig even further into the mystery behind Barbara Morgan.

The group tries to be there for Sophie as an upcoming father-daughter dance recital approaches, and when she asks a very reluctant and arrhythmic Eddie to dance with her, it leaves Delilah feeling uneasy. Against her better judgment, Maggie agrees to have Rome in for a therapy session, but it quickly becomes clear that her new friendships are a conflict of interest. Meanwhile, Danny confesses a secret to Gary; Maggie receives an unexpected visitor from her past; and someone discovers a cryptic voicemail from Jon that was left right before he died.

With the holidays quickly approaching, Delilah struggles with telling Sophie and Danny about her pregnancy; and although Jon’s absence makes this time of year especially difficult, the gang comes together to help the Dixons embrace the Christmas spirit.

Gary attempts to plan a romantic date with Maggie with the intentions of getting her to open up about a secret she has been hiding; Eddie begins to understand the sacrifices Katherine has made and attempts to stall Theo’s play as a grand gesture to win her back; and Rome takes steps to consult with a doctor.

Gary’s growing tension with Maggie comes to a head as she accidentally lets Colin out while she’s on the phone with Eric. Meanwhile, Delilah does a podcast about suicide, which helps her open up to Andrew.

The aftermath of Eddie and Delilah’s secret takes a toll on everyone in the group, including the future of Delilah and Regina’s restaurant. Maggie and Gary’s relationship is tested when an old fling turns up, and Delilah struggles with the balance of protecting her children and keeping Jon’s memory alive.

Gary, Rome and Eddie discover that Jon really thought of everything before his passing by planning a surprise outing for Gary’s birthday at a Bruins Fantasy Camp. However, when a grave secret is exposed, Gary’s special day takes a turn for the worse as it creates conflict for everyone in the group.

Katherine realizes Theo is being discriminated against when one of his classmates asks him to wear a mask during Zoom school. Meanwhile, Regina finds her Vicodin is missing and suspects that Rome might have been the one to take it.

Eddie manages to keep Theo distracted in the midst of trying to track down Katherine, while Maggie realizes her mother’s surprise move to Boston might not be just for her. Meanwhile, Regina struggles with accepting Andrew’s ideas about the restaurant, and PJ makes a shocking confession to Rome.

A fellowship opportunity for Maggie forces Gary to reconsider his own future as the group must come together after a devastating loss.

Recurring nightmares force Maggie to face a life-altering trauma from her past, while in real life, the group finally discovers that her cancer is back. Gary seeks help from an unexpected someone in order to make one final attempt at convincing Maggie to get treatment, but everything comes to a head at Regina and Delilah’s first tasting party at the new restaurant, leaving this circle of friends to wonder if things will ever be the same.

The gang gathers for Theo’s 10th birthday, which is also a significant milestone for Eddie. Meanwhile, Delilah, Eddie and Katherine are at an impasse about revealing the truth about Charlie; Rome and Regina try to keep Sophie from getting too close to PJ; and Maggie helps Gary make a difficult decision about his dog, Colin.

Gary takes a big step and confronts his past. Maggie finally talks to Eric. Regina's adoption news to her mother causes tension to their already complex relationship.