The BEST Anime OAV shows of all time

We've compiled the average episode rating for every Anime OAV show to compile this list of best shows! This Original Net Animation (ONA), four parts series, takes place concurrently with Mobile Suit Gundam, during the One Year War. In UC 0079, the Federation and Zeon troops engage in a fierce battle in the "Thunderbolt Sector", a shoal zone littered with debris from destroyed space colonies, named for the frequent electrical discharges. The story focuses on Federation soldier Io Flemming as he battles Zeon's best sniper, Daryl Lorenz. Tenchi Masaki was a normal 17-year old boy - until the day he accidentally released the space pirate Ryoko. She had been sealed in a cave 700 years ago, due to the locals' suspicions that she was a demon. In a series of events, many more alien girls show up at the Masaki household. Tenchi learns much of his heritage he never knew about while dealing with the alien girls - each of whom has some sort of romantic interest in him. 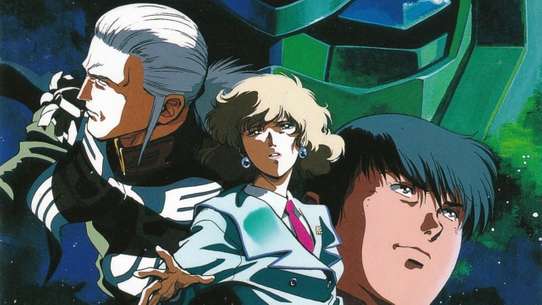 Three years after the end of the One Year War between the Zeon and the Federation, a group called the Delaz Fleet is formed by the survivors of the Zeon army. Under the command of former Zeon Colonel Aiguille Delaz, the fleet's goal is to rebuild Zeon. Their ace pilot Major Anavel Gato steals the Gundam GP02, a nuclear equipped model in development by the Federation. Lieutenant Kou Uraki pilots the Gundam GP01, the only one left, in an attempt to stop Gato and recover the stolen Gundam before a new war begins. "Operation Stardust," as the Delaz Fleet's operation was known, would shake the foundation of the Earth Federation and prepare the way for the to the soon-to-be-infamous "Titans." 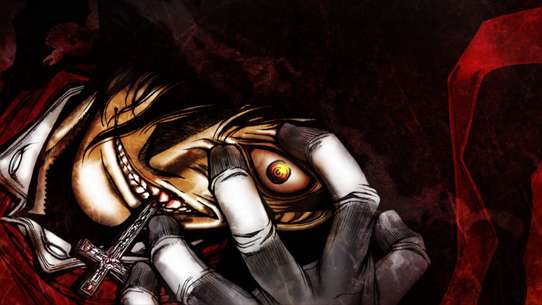 Hellsing is named after and centered around the Royal Order of Protestant Knights, originally led by Abraham Van Helsing. The mission of Hellsing is to search for and destroy the undead and other supernatural forces of evil that threaten the queen and the country. This organization is currently led by Sir Integra Fairbrook Wingates Hellsing, who inherited the leadership of Hellsing as a child after the death of her father. She witnessed his death which turned her from a once innocent and shy little girl to a tough and deadly force. She is protected by the faithful Hellsing family butler and former Hellsing "trashman" Walter C. Dornez, a deadly foe in his own right, and Alucard, the original and most powerful vampire that swore loyalty to the Hellsing family after being defeated by Van Helsing one hundred years before the story takes place. These formidable guardians are joined early on in the storyline by former police officer Seras Victoria, whom Alucard turned into a vampire. As the scale and frequency of incidents involving the undead escalate in England and all around the world, Sir Integra discovers that the remnants of a neo-Nazi group called Millennium still exist and are intent on reviving the Third Reich by creating a battalion of vampires. Millennium, Hellsing, and the Vatican section XIII Iscariot clash in an apocalyptic three-sided war in London, and Millennium reveals its true objective: to destroy the vampire lord Alucard, ending a feud begun during World War II. Based on the long-running manga by Hirohiko Araki, the first OVA series follows Josef Joestar and his 17-year-old grandson Jotaro as they attempt to finish the family blood feud against the immortal vampire Dio. Josef and Jotaro have gathered several mystical warriors each with powers representing one card from The Stand (a variation of Tarot cards), with Jotaro having powers over the strongest Stand - the Star Platinum. Dio himself has gathered Stand warriors and together they face off for the sake of Jotaro's mother Holly and domination of the world. 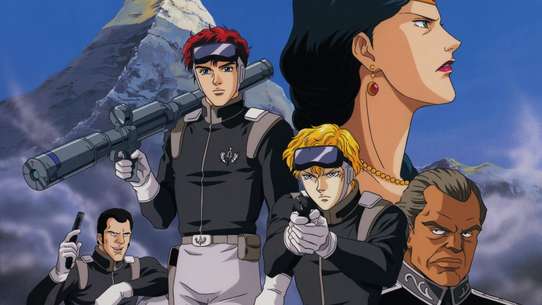 #6 - Legend of the Galactic Heroes Gaiden

These short stories fill in the first part of the background of Reinhard von Lohengramm and Siegfried Kircheis before the start of the main Legend of the Galactic Heroes series. 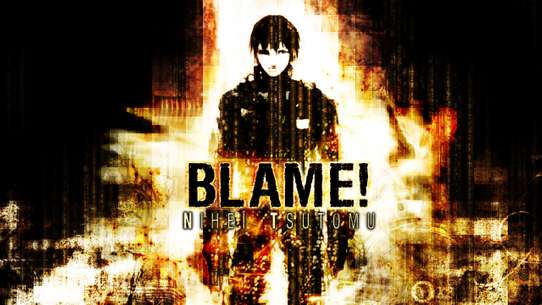 The story takes place in a city where it's said that has thousands of levels. In a shutdown area, thousands of levels overlap each other, you couldn't tell the sky from the ground and you couldn't tell which way is up or which way is down. Maybe the original purpose of this story is to unravel the mysteries bound in this time and world. For the humans who found this vast rare multi-level city, the mysterious main character "Kirii" wanders to search for the "Net Terminal Genes" that were not infected. Kirii's burden and his search for the "Net Terminal Genes" is a goal like no other and is very much the mystery of this story. Log1~Log6 contains the story of Cibo that wasn't done in the original works. The Cibo who strayed away with Kirii and wanders about. A disc thrown away in the rubble. Cibo starts downloading. Just who's "Memory" will he end up with? Bokustsu tenshi Dokuro-chan, aka Club-to-Death Angel Dokuro-chan, is about a boy named Sakura Kusakabe who lives with an angel named Dokuro(or Dokuro-chan as they call her). Dokuro's like any normal angel, she uses magical powers to turn people into animals, she likes to torture people, oh, and she carries around a spiked metal bat that she beats people to death with, of course using her magical "Pipiru piru piru pipiru pi" spell to revive them again. Sakura has to worry enough with Dokuro-chan killing him all the time, but there's also other angels planning to kill him without reviving him again. Can he avoid his ill-fated demise? 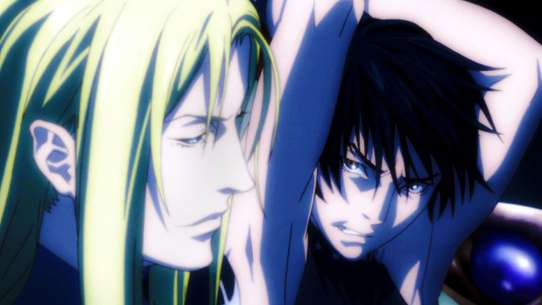 The story is set in the future on the planet named Amoi which is controlled by a supercomputer named Jupiter. Among the mostly male human population, the light-haired elite class is allowed to temporarily keep the dark-haired "mongrels" as pets. One elite member, Iason, encounters a mongrel named Riki in the slums and decides to take him in. However, Iason keeps Riki longer than it is socially approved, and rumors abound about their possible relationship. 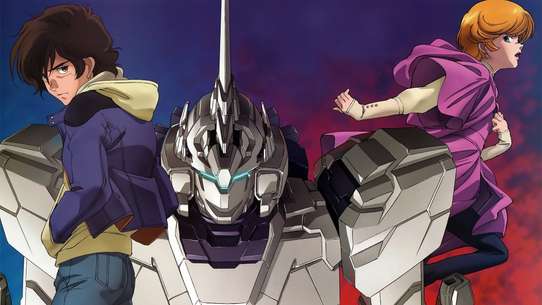 The story begins in UC 0001, at the very beginning of human space colonization, with the Laplace terror incident, a major event that influences the course of human history forever. The main story takes place in UC 0096, three years after the events of Mobile Suit Gundam: Char's Counterattack and seventeen years after the One Year War. 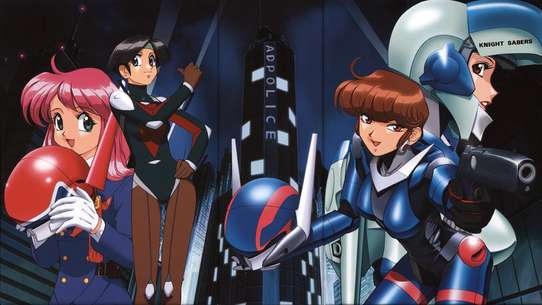 BGC is the story of four mercenaries living in Tokyo in the year 2033. After a massive earthquake that destroys much of Tokyo, the four mercenaries, dubbed the Knight Sabers, are left fighting against the GENOM Corporation, its evil androids, and everything it stands for. 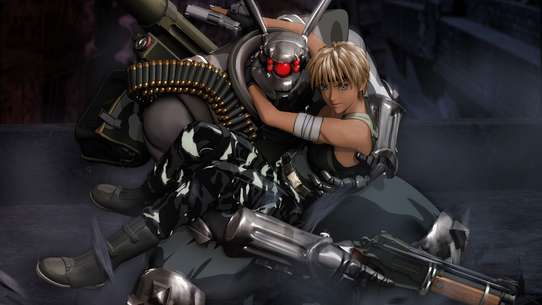 Following World War V, a global-scale conflict fought with non-nuclear weapons that almost halved the earth's population, the city-nation of Olympus stands as a beacon of hope in a world of chaos. The utopian metropolis is governed by Gaia, a vast artificial intelligence, and administered by genetically engineered humanoids known as bioroids. Although Olympus seems like a peaceful city on the surface, racial (human vs. bioroids vs. cyborgs), religious, and political conflicts lurk underneath -threatening to overturn the delicately balanced peace of this so-called utopia. The Fourth Primogenitor—That's the world's strongest vampire that should only exist in legends. Accompanied by twelve Kenjuu and spreading calamity, this phantom vampire appeared in Japan. For the observation and obliteration of this Fourth Primogenitor, the government and Lion King decided to dispatch an attack mage known as a Sword Shaman. However, for some reason, the one chosen for the observation was a apprentice Sword Shaman girl, Himegari Yukina. Wielding the strongest anti-primogenitor spirit spear, Yukina arrived at Demon District, Itogami City. What is the true identity of the Fourth Primogenitor, Akatsuki Kojou, she encountered over there!? Rally Vincent knows her weapons well, while her partner Minne May Hopkins loves to play with explosives. The pair run a gun-shop illegally and one day Bill Collins of the ATF, blackmails Rally and Minnie May into working for the ATF. Little do they know, that they are getting involved in a mission larger than they could imagine. In the land of Foreland a coup d'état has occurred and the princess, after witnessing the death of the King, is on the run. She meets with battle-hungry bounty hunter Falis, and with a twist of fate they both switch souls, making Alita the maid of the now princess Falis. Named for her bravery in confronting the enemy as ‘Murder Princess’, Falis must continue to be the princess as well as confronting any new opponent that comes to her way. 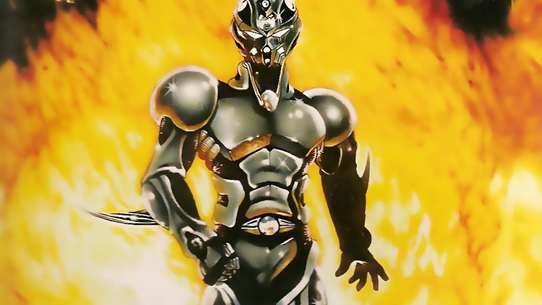 Sho and his friend, Tetsurou, stumble upon a strange orb-like mechanism, the Guyver Unit, in the woods. It physically bonds with Sho and turns him into the alien soldier, Guyver. His mission is to protect the Guyver Unit from the Japanese corporation known as Chronos. They are after it and two other units just like it. To retrieve the object, they send out vicious monsters known as Zoanoids. So no one is safe in Sho`s life; not even himself. 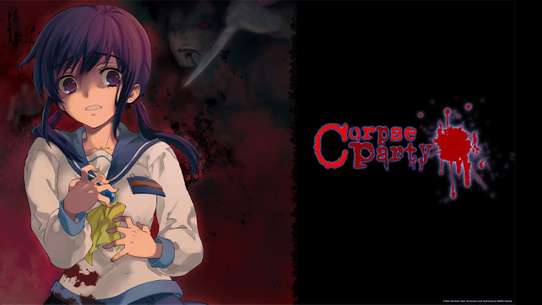 Corpse Party is set in Heavenly Host Elementary School (天神小学校 Tenjin Shōgakkō?), an elementary school that was torn down following the murders and disappearances of several of its staff and students. By the start of the story, another school called Kisaragi Academy (如月学園 Kisaragi Gakuen?) has been built over the elementary school site. One night, a group of students from Kisaragi are transported via a sudden earthquake to another dimension where Heavenly Host Elementary still exists and is haunted by the ghosts of the school's murdered children. The player takes control of the Kisaragi students as they try to find their way home and survive the other mysterious forces that haunt the school. 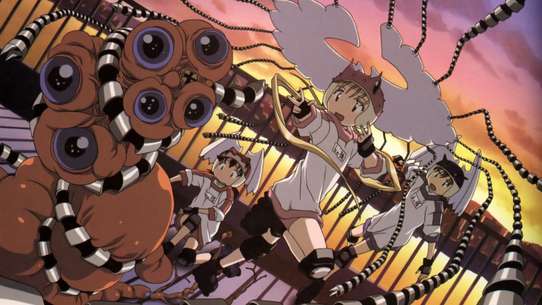 In the 6th grade class of the 9th middle school, the class forces Yuri Otani to an undesirable post. She is made part of the Anti-Alien Team. She has to wear a symbiotic alien on her own head in order to fight the aliens that arrive in spaceships from other worlds. While her own alien will protect her, she is scared of it and the enemy. Life isn`t easy in the 6th grade. 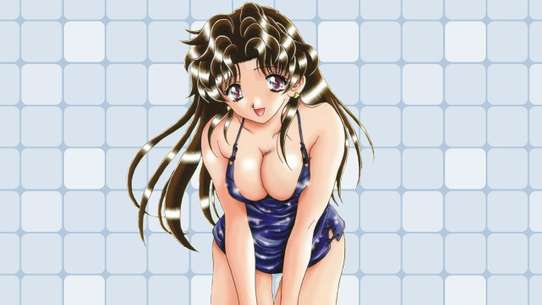 Makoto and Yura Onoda are a newly-wed couple with zero sexual experience. Yura is a shy and naive 25-year-old woman whose good looks grab men's attention, something that she dislikes because she gets embarrassed very easily. Her husband Makoto is of the same age, but as opposed to his wife, he loves having dirty thoughts about other women. Physically though, Makoto is truly faithful to Yura. Both of them may be virgins, but now that they are married, they are ready to dive into the world of sex, "practicing" as often as possible. However, the world of sex is complex, so they need all the help they can get to find their way through it. Thankfully, their friends, acquaintances, and porn media lend them a helping hand.